In this recurring feature, Vulture speaks to the screenwriters of 2012’s most notable movies about the scenes that they found most difficult to crack. What pivotal sequences underwent the biggest transformations on their way from script to screen? Today, Oscar-nominated screenwriter Mark Boal talks to Kyle Buchanan about crafting the controversial opening scene of Kathryn Bigelow’s hunt-for-Osama thriller Zero Dark Thirty:

The scene that has been the focal point of all the discussion has been the opening scene of the film, and it was definitely among the hardest to have in my life, let alone include in the script. I’ve had to revisit it over and over again after the film came out, and those torture scenes are incredibly painful. And they’re meant to be! I wanted to show the brutality and inhumanity of the situation, and you see the prisoner’s brain getting scrambled by the pressure and the punishment that’s being put on him. It was a dark and painful place to go as a writer, and I still don’t think I’ve totally shaken it off, to be honest with you.

We certainly talked about it being a challenging way to start a movie, but its place in the script is dictated by its place in the actual time line more than anything else. The Rendition Interrogation and Detention Program — they call it RID — was the foundation of the CIA’s fight against Al Qaeda in the early years, and the film is a chronological, linear retelling of that story, so we had to start at the beginning. I think it would have been wrong to skip over it and start later in the story.

I felt I had to put that material in because it’s part of American history that the CIA has admitted to, and it was more widespread than people have acknowledged, even though some of this stuff came to light through Abu Ghraib. I believe it’s a lot more widespread than people currently understand, actually. It’s brutal and extremely difficult to piece together from a research standpoint — just to talk to people who were in those rooms — and it’s painful to live with.

At the same time, I felt a certain sense that it was worthwhile and important to not shy away from that part of the story and to show the horror of it as grimly as Kathryn did. People should know what went on at those black sites, you know? I mean, if anything, the conversation about the film demonstrates that. There’s been more conversation about the film’s depiction of torture than there was when Obama decided not to prosecute anybody in 2009! 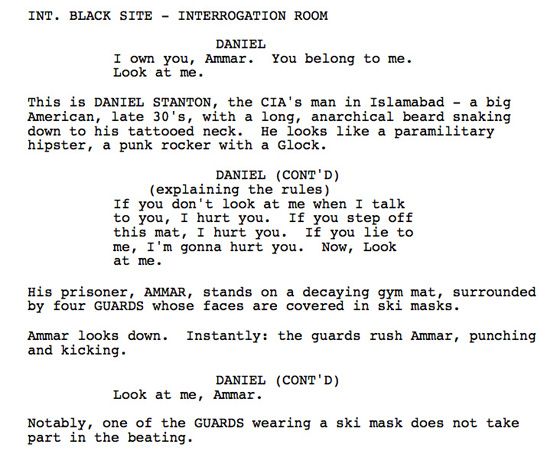 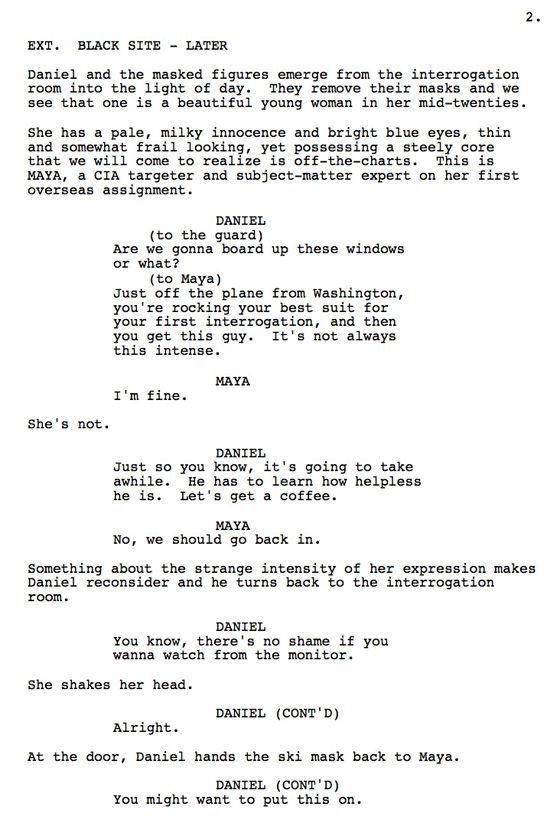 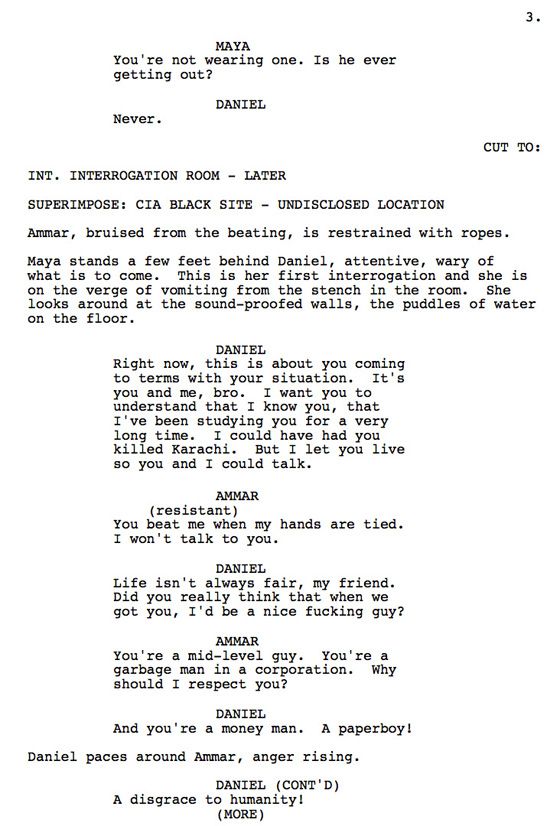 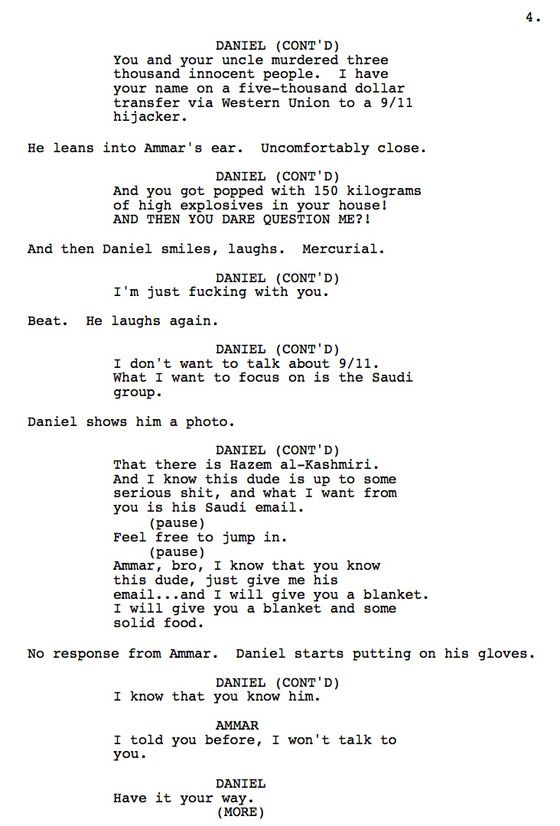 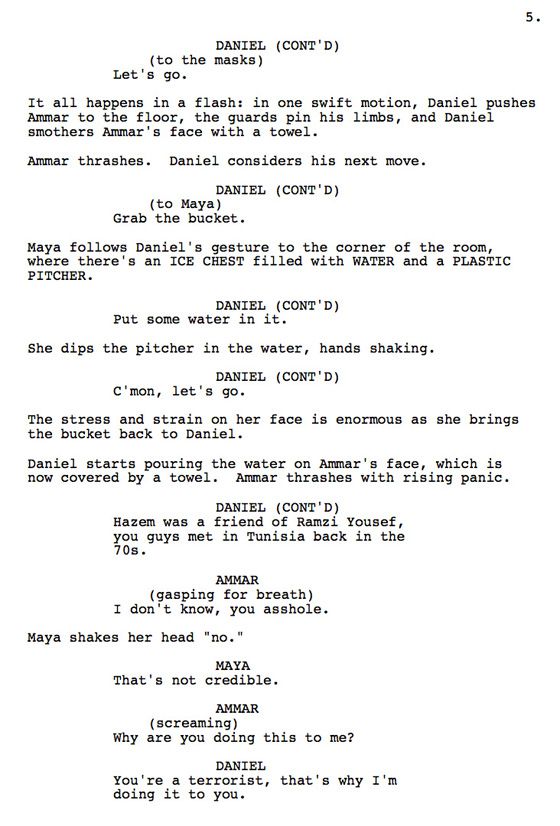 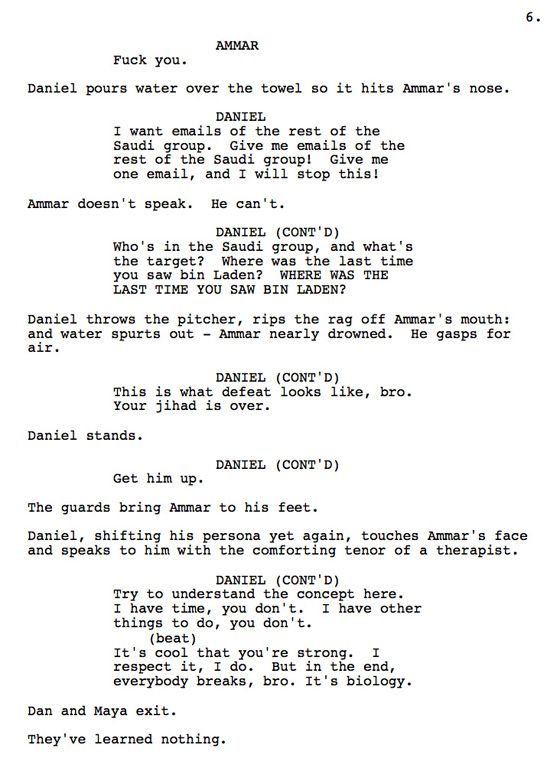 summer preview 19 mins ago
36 Albums We Can’t Wait to Hear This Summer From Lizzo to Maggie Rogers.
By Michelle Hyun Kim
obits 26 mins ago
Ray Liotta, Crime-Drama Boss, Dead at 67 The Goodfellas star reportedly died in his sleep.
crime 12:37 p.m.
Kevin Spacey Charged With 4 Sexual Assault Counts in U.K. The charges came down while he was in a New York courtroom for a separate sex-abuse case.
vulture 10x10 12:00 p.m.
The Solo Puzzle 15-Across, Five Letters: Much-admired celebrities.
vulture recommends 11:03 a.m.
Jack Reacher Was the Beginning of a Beautiful Blockbuster Friendship Tom Cruise broke Christopher McQuarrie out of “director jail” and found a kindred creative spirit.
overnights 11:00 a.m.
Under the Banner of Heaven Recap: Heavenly Father Resides in Them Allen Lafferty’s story is one of tragic failure.
cannes 2022 10:44 a.m.
In Elvis, There’s No Business Like Baz-ness Why have only one montage when you can edit another montage inside that montage?
By Nate Jones
overnights 10:30 a.m.
Hacks Recap: Sexual Awakening Hacks’ Rocky training montage episode is here, and she’s perfect.
overnights 10:00 a.m.
The Kardashians Recap: Cover Girls The glamorous life leaves the Kardashians wanting more.
'and it's all true...' 10:00 a.m.
Where Does the Abortion Thriller Go From Here? Movies like Happening turn the terrible consequences of restricted access into the stuff of dramatic tension. Are they trying to do the impossible?
By Alison Willmore
theater 9:51 a.m.
Encores!’s Into the Woods Will Have an Encore on Broadway Sara Bareilles’s Baker’s Wife will return, alongside some newcomers.
overnights 9:30 a.m.
Hacks Recap: Girlbosses Go to the Fair A warmer, fuzzier episode explores Deborah’s regrets about choosing her career over everything (and everyone) else.
appreciations 9:30 a.m.
The Standard-Setting Beauty of Live in Crenshaw Lil Rel Howery’s 2019 stand-up special shows that when a special looks distinctive, the comedy feels that way too.
By Kathryn VanArendonk
overnights 9:00 a.m.
The Flight Attendant Season-Finale Recap: Suspicious Minds Despite the chaotic pace and occasionally incomprehensible narrative, Cassie’s journey had an emotional core that kept us coming back for more.
summer preview 9:00 a.m.
20 Movies We Can’t Wait to See This Summer From a new Cronenberg body horror to a stealth Predator sequel to Marcel the Shell With Shoes On.
By Vulture Editors
overnights 12:44 a.m.
Survivor Season-Finale Recap: A Weird, Wonderful Ending The finale provides a feel-good ending to a stellar season of Survivor.
last night on late night 12:37 a.m.
The Tonight Show: Jon Hamm Always Commits to the Bit From “Hamm & Bublé” to this Tonight Show clip.
overnights Yesterday at 10:45 p.m.
The Real Housewives of Beverly Hills Recap: The Dark Crystal Crystal is at her breaking point.
very special episodes Yesterday at 7:48 p.m.
Stop Asking for a School-Shooting Episode of Abbott Elementary Just watch the Glee episode instead.
trial run Yesterday at 6:27 p.m.
Josh Duggar Sentenced to 12 Years in Prison He also has to pay a $50,100 fine.
More Stories