Forget for a moment that the Supreme Court is currently debating the notion of whether all men are created equal, and turn your attention to a question that’s even more controversial: Are all dinosaurs created equal? If we’re talking about the ones created in an InGen lab on Isla Nublar under the mouth-breathing supervision of Newman from Seinfeld, then the answer is clear: No, they are not. And as the new 3-D rerelease of Jurassic Park (out next weekend) proves, some dinosaurs are unnatural-born stars, while others were better left extinct. If forced to rank every dinosaur in the movie, who would come out on top of the food chain? Read on, debate our findings, and hold on to your butts. 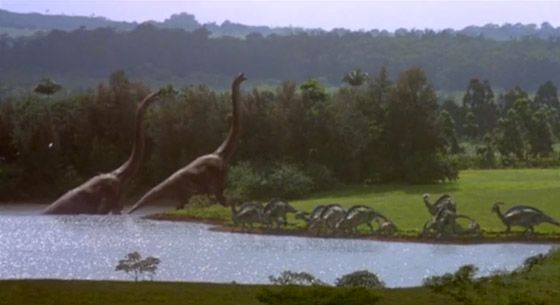 8. The Parasaurolophus flock
The what? Exactly. This group of Parasaurolophuses is only briefly glimpsed in Jurassic Park, when Alan Grant stares across a vast distance at them and murmurs, “They do move in herds.” So do ants. So do lemmings. The point is, Parasaurolophuses, if you’re not making Laura Dern scream like a banshee, we don’t really care about your four-second cameo. Talk to your agents. 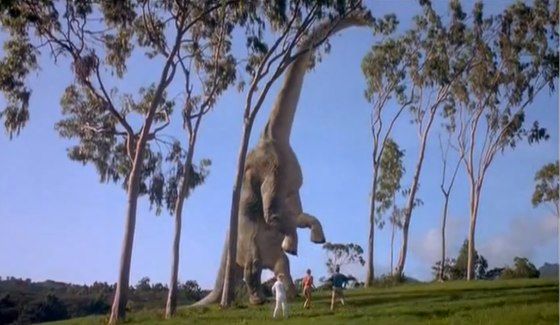 7. The Brachiosaurus
The first dinosaur fully glimpsed in Jurassic Park, the brachiosaurus makes a literally staggering impression … and then, later on in the movie, one looks kinda fake and sneezes on Lex. It’s a wash. (Points for inspiring the essential word veggiesaurus, however.) 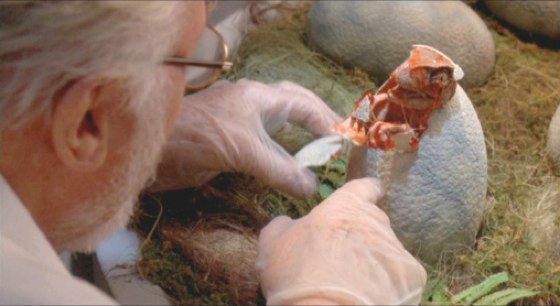 6. The Baby Dinosaur
Yes, this is technically a raptor, but we’re grouping it separately from that breed because LOOK AT THAT FACE! Look how cute! And so full of promise, too: Whether it wants to play mind games with human prey or simply perch on Daenerys’s nude shoulder in Game of Thrones, there’s nothing this lil’ pup can’t grow up to do. 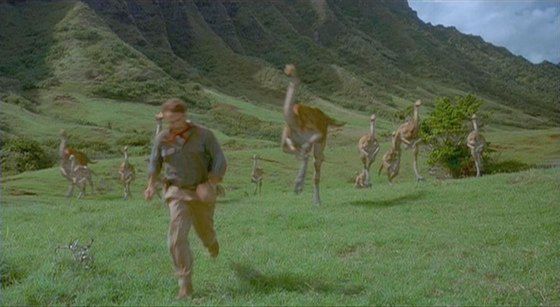 5. The Ga—, uh, uh, Galli—, uh … Gallimimus!
The Gallimimus stampede is a pretty terrific sequence in Jurassic Park, and we are automatically fond of any animal that looks like a dainty butler ostrich. If only they’d gotten more screen time, though. Where are they running to? What are they going to do once they get there? Is this some sort of Wal-Mart Black Friday stampede? So many questions. 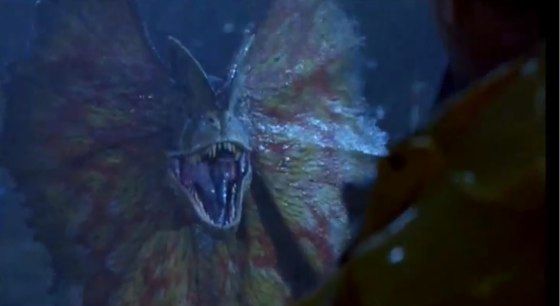 4. The Dilophosaurus
Basically, we have here the plot of Gremlins in a nutshell: Cute, trilling animal gets wet, grows ugly frills, and wreaks havoc. It will not play fetch, but it will spit on Dennis Nedry like he’s Justin Bieber’s aggrieved neighbor. Kudos, Dilophosaurus. You make top four. 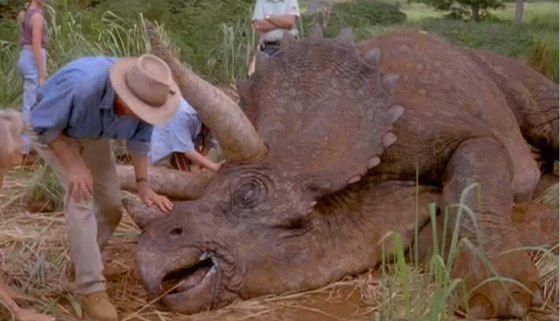 3. The Sick Triceratops
It’s one thing to be chased after by computer-generated dinosaurs, and quite another for practical-effects wizard Stan Winston to create a functional, breathing trike that Sam Neill can basically spoon with. The sick trike fulfills a valuable function: You feel like you could reach out and touch it, and its weighty presence helps convince us that the other dinosaurs in the movie are made of more than just ones and zeros. 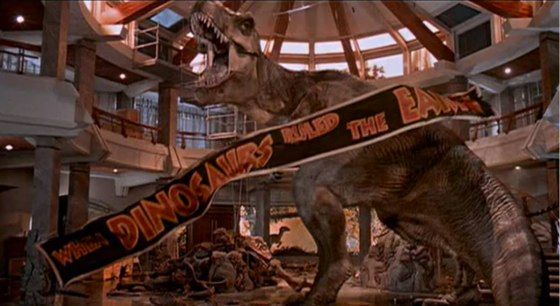 2. The T. Rex
An upset! Yes, the T. rex is the undisputed heavyweight of Jurassic Park, and that iconic tyrannosaur attack scene has lost none of its power in the last twenty years, but if you start to think about it, you’ll understand why Rexy only makes it to No. 2. You’ve got to eat more than just the lawyer if you want to come out on top, dude. 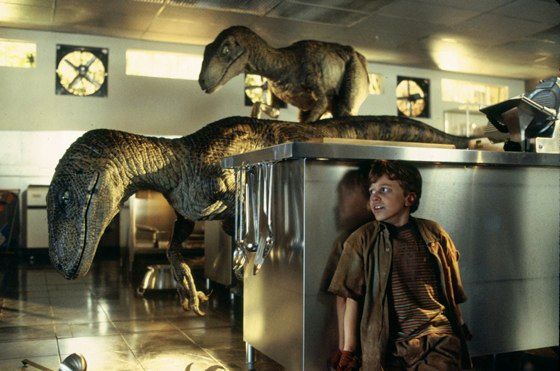 1. The Velociraptors
And so it must be that the raptors take their spot on the top of the list. Not only are they responsible for most of the film’s major casualties (picking off Samuel L. Jackson, the game warden, and the InGen employee at the beginning of the movie), but they power the entire third act as they stalk Tim and Lex through the kitchen and beyond. You can fool a T. rex by waving a flare or standing stock-still, but if you want to fool a raptor, you’re going to have to pull some next-level shit involving reflective surfaces in the kitchen, because these buggers are smart. (Give them a half-hour and they’d be able to hack a UNIX system, too, Lex.)

+Comments Leave a Comment
Every Jurassic Park Dinosaur, From Worst to Best