Ciara channels Jamie Lee Curtis in the music video for “Body Party” — where a “That’s the Way Love Goes”-style party gets weird when Ciara and Future (her real boyfriend!) meet-cute by the pool and he predicts their … future. Turns out it’s a scene from 1994 action movie True Lies, but with Ciara as Curtis in that famous stripping scene. Future’s no Arnold, but he’s already got magical fortune-telling powers, so who are we to judge?

And for the original True Lies scene? The one where Jamie Lee Curtis unknowingly strips for her embarrassed husband Arnold Schwarzenegger? If you recall, it’s totally sexy, but there’s a bit more humor in Curtis’s inexperienced dancing.

But to be honest, Ciara wins because Ludacris was there. (And True Lies gets pretty messy after this scene, anyhow.) 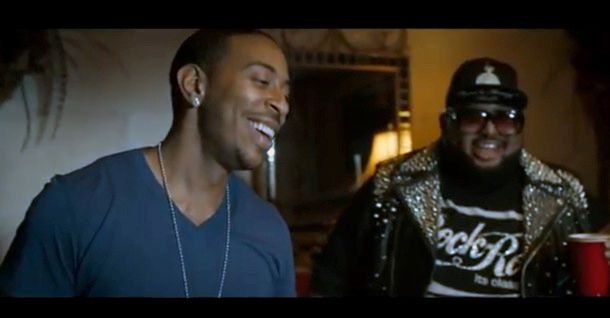