Beyoncé’s new single, which hits iTunes this coming Monday, may be called “Grown Woman,” but that didn’t stop Pepsi from naming their latest Bey advertisement “Mirrors”: The concept is Bey literally reflecting upon the many different music-video versions of her former self. Naturally, this reminded us of Justin Timberlake’s “Mirrors,” in which he, too, dances among reflective surfaces. But who best utilized what the Greeks once called “windows’ dickish brother”? Let’s put them head-to-head! 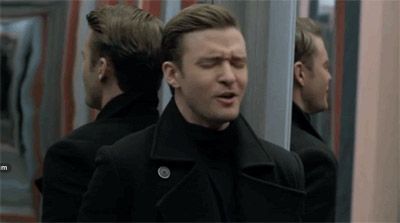 Meanwhile, Justin seems to have an easier time bringing it to the floor. 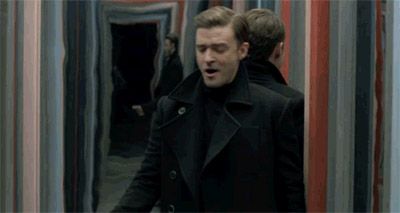 Bey’s Point Game, however, is way more effective than Justin’s. 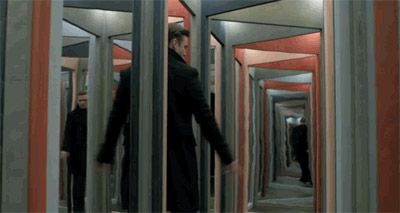 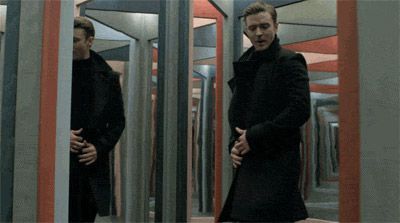 But Beyoncé’s most baller move of all? The one that paid her $50 million.

future nostalgia 2 mins ago
Kevin Smith Wants to Remind Everyone He Coined ‘Bennifer’ the First Time Around Do the children know about Jersey Girl?
cancellations 10:26 p.m.
Fox Tells Prodigal Son to Hit the Road After Two Seasons Having taught America an important lesson: never trust a serial killer, even if he’s your dad.
tv 8:43 p.m.
Eliza Coupe, Ginnifer Goodwin, and Maggie Q Are Pivoting to Fox Pivot!
casting call 7:23 p.m.
Reenforce Your Cable Knits: Dave Bautista Has Joined Rian Johnson’s Knives Out 2 Netflix also purchased Knives Out 3 in March, so fingers crossed his character makes it to the threequel.
theater review 5:51 p.m.
In Taxilandia, the Front Seat Is Stage, the Back Seat an Audience And the partition is the proscenium arch.
comedy review 5:27 p.m.
That Damn Michael Che Has a Good Heart. But … The sketch-comedy show is fun when it’s not second-guessing and overthinking itself into a liberal fog.
By Craig Jenkins
vulture lists 5:00 p.m.
Every Guy Ritchie Movie, Ranked Where does Wrath of Man fall in the director’s filmography?
glitz and glamour 4:32 p.m.
Laverne Cox Is the New Host of E!’s Red-Carpet Coverage Following Giuliana Rancic’s exit.
award shows 3:59 p.m.
NBC Won’t Broadcast the Golden Globes in 2022 And Tom Cruise has reportedly sent his three trophies back.
iconic 3:36 p.m.
Ziwe Requires No Context Twelve moments from the Showtime series that should be viral right now.
By Zoe Haylock and Jennifer Zhan
overnights 3:36 p.m.
90 Day Fiancé: Happily Ever After? Recap: The Writing on the Wall Tiffany might need to accept that what’s best for her kids is riding solo.
snl 3:24 p.m.
Elon Musk’s SNL Wario Was Weaponized Nothingness The biggest accomplishment of Musk’s SNL episode is how little there is to say about it now.
By Kathryn VanArendonk
comedy 3:02 p.m.
John Mulaney and His Wife, Annamarie Tendler, Are Divorcing Who will have custody of Petunia?
posthumous releases 2:34 p.m.
A Posthumous DMX Album Is Out This Month, Produced by Swizz Beatz “The legacy continues.”
alexa play chasing cars 2:24 p.m.
Death, Taxes, and Grey’s Anatomy Will Continue Into 2022 With Ellen Pompeo, of course.
my music documentary is dropping 2:21 p.m.
Part-Time Basketball Player J. Cole Drops New Music Documentary It arrives ahead of his upcoming album.
quar goss 2:00 p.m.
Jennifer Lopez and Ben Affleck Went to Montana Alone for a Week, As Exes Do “The chemistry is unreal,” per an E! News source.
cinema! 1:55 p.m.
Leo and His Center Part Star in Killers of the Flower Moon’s First Look Time to start the Oscars watch.
another one 1:42 p.m.
DJ Khaled’s New Music Video Stars Justin Bieber and a Fake Alligator Another Khaled Khaled video after another No. 1 album.
a long talk 1:25 p.m.
Aidy Bryant and Lolly Adefope’s Shrill Friendship Was ‘Love at First Sight’ The co-stars talk their best friendship moments onscreen and off, Annie and Fran’s past and future, and whether they’d ever cut each other’s bangs.
More Stories