Recognize Brandon Killham? Perhaps not. You might, however, see something familiar if you picture his face through a blurry lens, shrouded in the cliché of a flashback. That’s because Killham has already made an impressive career playing the younger selves of quite a few of TV’s leading men. Does he actually look like these projected older versions? See for yourself.

On last night’s Mad Men, Killham played “Young Dick” (a role he’s played before) and, with an awful, awful haircut, through a keyhole proceeded to spy on his “uncle” fooling around with his mother.

During Arrested Development’s season three, a slightly younger Killham played “Young Michael Bluth.” His hairstyle? A bowl cut, but slightly better than above. 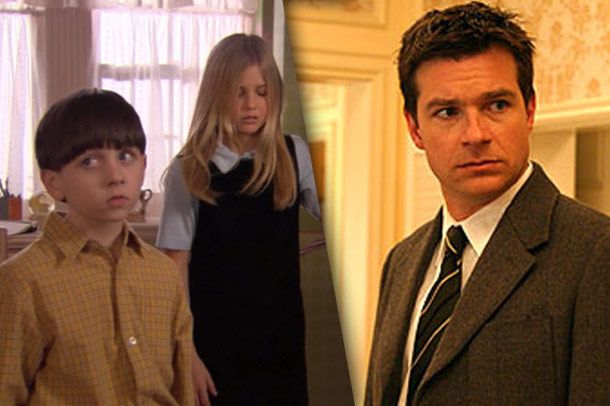 An even younger Killham played Brian Moser, a.k.a. Rudy Cooper a.k.a. the Ice Truck Killer, on Dexter. A serial killer, yes, but his haircut? Absolutely adorable. 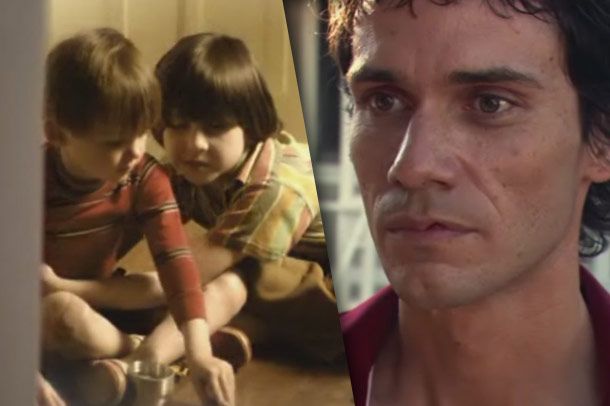 grammys 2023 6:30 p.m.
How Harry’s House Beat Beyoncé Attempting to explain a painful-to-swallow win.
what happened here 6:10 p.m.
A Breakdown of Armie Hammer Allegations, Controversies, and Time-share Drama The former actor admits to treating people “poorly” in a new interview.
not-so-happy trails 5:18 p.m.
Kevin Costner Is Quiet Quitting Yellowstone and Taking the Show Down With Him When Kevin Costner closes a door, Matthew McConaughey opens a window.
trailer mix 5:15 p.m.
Mel Brooks Is Once Again an AP World History Teacher Ditch your textbooks and watch The History of the World, Part II instead, nerds.
grammys 2023 5:00 p.m.
Which of Beyoncé’s Wins Have the Grammys Gotten Right? And where do her record-setting wins from Renaissance rank?
endings 4:32 p.m.
Let’s Talk About the Ending of Knock at the Cabin Knock at the Cabin changes the ending from the novel and suggests that acquiescing to fate, rather than fighting it, is bravery — even grace.
By Roxana Hadadi
post-grammys 4:12 p.m.
Offset Denies Rumors From the Peanut Gallery “What tf look like fighting my brother yal is crazy.”
grammys 2023 3:03 p.m.
We All Watched Adele Reexperience the 2017 Grammys The leader of the Beyhive (London branch) wore her emotions on her face.
live from new york 2:51 p.m.
Saturday Night Live Should Have More Dumb Sketches Like ‘Lisa From Temecula’ The character represents both Ego Nwodim and the show at the height of their glorious silliness.
coming soon 1:34 p.m.
Showtime Bets On Billions (and Millions and Trillions) Out with library titles. In with spinoffs of existing IP.
grammys 2023 12:47 p.m.
Twitter Agrees: Ben Affleck Should’ve Stayed at Dunkin’ A sad caffeine-free night at the Grammys.
vulture sports 12:45 p.m.
Super Bowl LVII Commercials Kick Off Early The real main event.
vulture 10x10 12:44 p.m.
The Canuck Puzzle 30-Across, Four Letters: Oscar nominee as Carol
grammys 2023 10:54 a.m.
Who Got Jay-Z and Lil Wayne to Perform at the Grammys? ‘God Did.’ Showing up for DJ Khaled after their own spats with the Recording Academy.
box office report card 10:31 a.m.
Knock at the Cabin Takes the Box Office Hostage While 80 for Brady lures older moviegoers back to the theater.
grammys 2023 10:10 a.m.
Will Smith Was Too Busy Shooting Bad Boys 4 to Do the Grammys Hip-Hop Tribute Saving the Grammys and Questlove from an awkward post-Slap meeting.
vulture quiz 9:00 a.m.
Can You Guess What Actually Happens in 80 for Brady? 80 for Brady is one of the weirder comedies to arrive in theaters lately — so weird that describing it might make you think I am lying.
By Jen Chaney
overnights 8:00 a.m.
The Real Housewives of Potomac Season-Finale Recap: Gossip Folks The season has mercifully ended, and I hope Potomac does some tinkering in the off-season.
live from the red carpet 1:34 a.m.
Smokey Robinson Wants You Curious About His Gasms “Curiosity is going to get the best of them.”
grammys 2023 1:03 a.m.
The Highs, Lows, and Whoas of the 2023 Grammy Awards High: Beyoncé makes history. Low: Beyoncé still can’t win AOTY.
More Stories