Despite being presented with the MTV Movie Awards version of an award-for-merely-showing-up, Emma Watson still managed to accept her achievement for “MTV Trailblazer” with the utmost humility. She came off extraordinarily grateful, which is hard to pull off when it’s a sham award whose trophy one could imagine leaving behind at a party and never once thinking, Oh, I should send someone back for that. Let her real-seeming behavior be a tutorial for other starlets of her generation often accused of appearing less-than-genuine or suspiciously overdramatic when called to a podium for arguably more credible celebrations. (Ahem, Taylor Swift.) How does Watson do it? Is it all a performance that promises fine work in her upcoming film The Bling Ring? Or just a rare actress who has somehow avoided an ego, despite being in the spotlight since the age of 10?

Exhibit A: A brief clap segued into humble prayer hands. 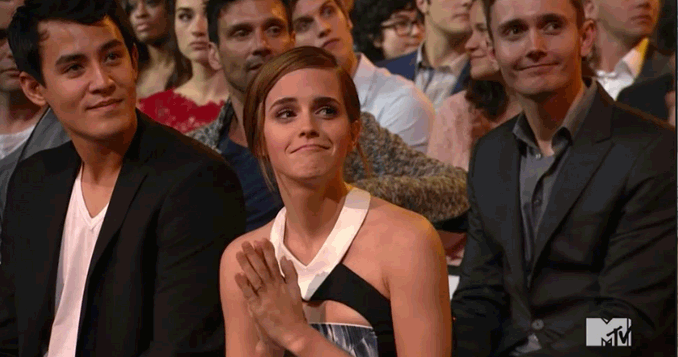 Exhibit B: A disbelieving head shake. 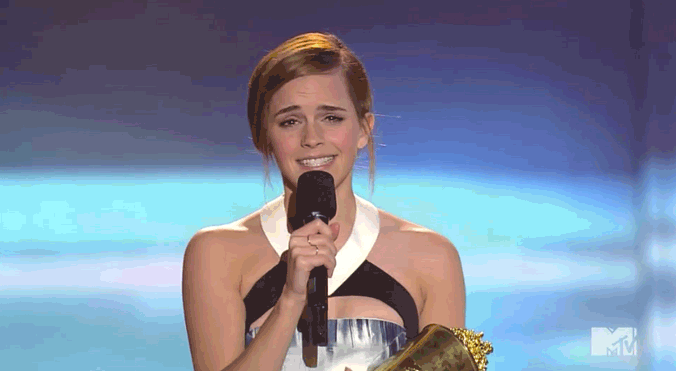 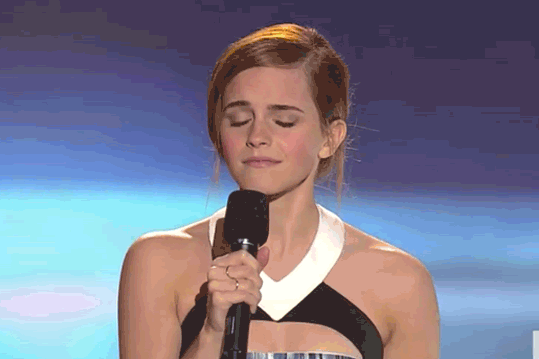 +Comments Leave a Comment
Is Emma Watson the Anti–Taylor Swift?

trailer mix 10 mins ago
Coronavirus Won’t Stop Roulades in This New Great British Baking Show Trailer And a new presenter joins the team.
interview 20 mins ago
The Deftones Have (Almost) Found Balance Chino Moreno opens up about the band’s process, its diverse influences, and the legacy of nu metal.
overnights 2:18 p.m.
The Real Housewives of Potomac Recap: Not Buying It Ashley tells the ladies what’s going on with her marriage and Everyone. Has. Questions.
the industry 2:17 p.m.
The 2020 Emmy Awards Were the Least-Watched Ever And here’s why that’s not a surprise.
tiff 2020 2:09 p.m.
Netflix Spent a Lot of Money at the Toronto International Film Festival Halle Berry’s new movie, a Shia LaBeouf–Vanessa Kirby drama, and the Zendaya-starring Malcolm & Marie are all headed to the streaming platform.
By Chris Lee
tv review 1:21 p.m.
The 2020 Emmys Paradox Normalcy was invited to this year’s Emmys, but its plus-one was a pervasive sense of abnormality.
musicians on their own music 1:00 p.m.
7 Key Elements of the A.G. Cook Sound, According to A.G. Cook The PC Music leader and creative director for Charli XCX steps out with two debut albums.
By Justin Curto
traditions 12:21 p.m.
It’s September 21, So Here’s a Demi Adejuyigbe Interview “It kind of feels like a prison I’ve built myself.”
By Bethy Squires
emmys 2020 11:47 a.m.
Dave Chappelle Tells Critics to ‘Shut the F - - - Up’ in Emmys Acceptance Speech “I hope all you critics learn from this. This is a teachable moment.”
emmys 2020 11:33 a.m.
Samantha Bee Loses Emmy, Wins $28 Bottle of Champagne “What’s it worth? I’ll wait.”
emmys 2020 11:28 a.m.
Regina King Wears a Breonna Taylor T-Shirt to the 2020 Emmys Both she and Uzo Aduba honored the 26-year-old during their acceptance speeches.
the inside track 11:25 a.m.
Can Ava Max Ever Follow Up ‘Sweet But Psycho’? “Naked,” her latest try, is one of her best songs — but still not built for the 2020 charts.
By Justin Curto
tiny desk (home) concerts 10:18 a.m.
BTS Perform a Stripped-Down ‘Dynamite’ in Their First Tiny Desk Concert To be clear, the song is stripped down, not the guys.
ellen is back 10:12 a.m.
Ellen Says ‘We Are Starting a New Chapter’ in Season 18 Opening Monologue “I learned that things happened here that never should have happened.”
emmys 2020 10:01 a.m.
The Friends Girls Have Been Living Together Since 1994 A stunning Emmys revelation.
my thematic album is dropping 8:36 a.m.
Taylor Swift Drops ‘Betty Live From the 2020 ACM Awards,’ Answers Prayers It opens her latest folklore chapter, out now.
music 1:58 a.m.
If You Thought You Saw Bad Bunny Performing a Concert on a Moving Truck, You Did The only time you’ve enjoyed being caught in traffic.
emmys 2020 12:00 a.m.
Zendaya Is the Youngest Person to Win an Emmy for Lead Actress in a Drama Series Look at the joy on her face!
emmys 2020 Yesterday at 11:51 p.m.
Schitt’s Creek Sweeps, Succession Scores Big at 2020 Emmys Yay, David!
emmys 2020 Yesterday at 11:46 p.m.
The Highs, Lows, and Hmms of the Mostly At-Home Emmys Congrats to the rich white TV families of the world.
More Stories