It’s the same every season. The Voice kicks off with a series of glorious blind auditions and then moves to those inferior battle rounds. (Don’t even get me STARTED on the viewer voting period.) The Voice rightfully prides itself on its very clever premise: Judges hear faceless talent, and then judges turn their thrones around to claim them for a team if they hear promise. And when that part of the competition is over, I find it hard not to lose excitement for the rest of the show.

With the auditions having ended already this season, all I have left now are the memories of my favorite quirk: the judges’ “think faces.” And each judge has his or her own very special lost-in-thought look. From Adam Levine’s head bob to Blake Shelton’s thoughtful fist-under-chin — even newbies Shakira and Usher have developed their own version of appearing like they’re processing something deeply important. I’ll leave you with the four judges’ best “think faces”:

Usher is the least think-y, often glancing toward Blake, his face solemn. 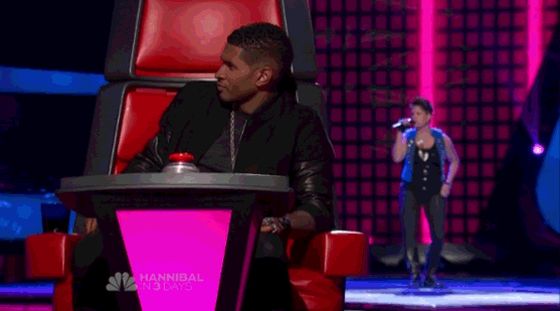 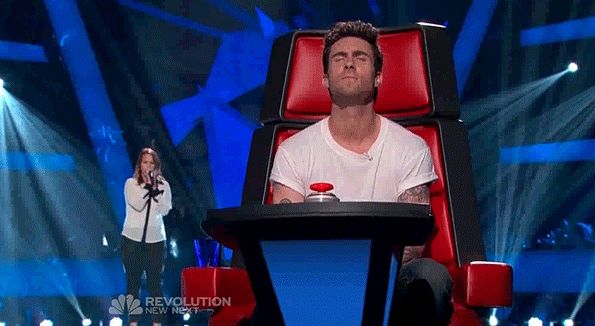 Shakira often sways along to the music, her eyes fluttering closed. 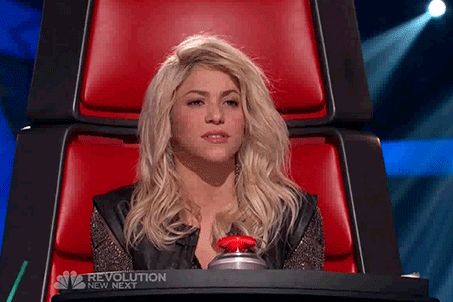 And Blake is often the king of the hand-under-chin look. 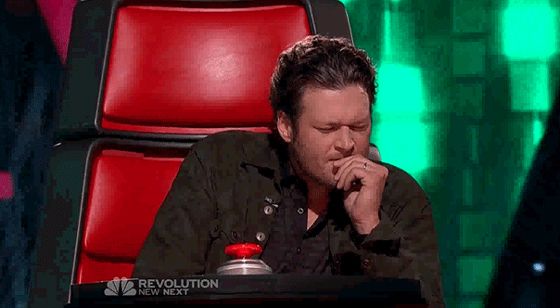 britney's peers 12 mins ago
Idol Britney Spears Met Up With Sam Levinson and the Weeknd Who just so happen to be co-creators of HBO’s The Idol.
chat room 14 mins ago
Steve Earle on No More Tribute Albums and His Complicated Nashville Legacy “There are a lot of people in Nashville that blame what they’re doing on me. Some complain I’m the reason the drums are too fucking loud.”
cannes 2022 2:41 p.m.
Both the Kids From Squid and the Whale Brought Coming-of-Age Tales to Cannes Seventeen years after The Squid and the Whale, both of the children from that film have brought their directorial debuts to Cannes.
By Nate Jones
switched on pop 1:40 p.m.
Mr. Morale & the Big Samples  Breaking down the sonic bread crumbs of Kendrick Lamar’s latest album.
vulture furniture 12:35 p.m.
The 100 Greatest Stools in Stand-Up Special History Shining the spotlight on comedy’s most underrated co-stars.
By Rebecca Alter
under oath 12:20 p.m.
Kate Moss Denies Ex Johnny Depp Pushed Her Down the Stairs The trial is nearing its end.
a long talk 12:00 p.m.
The Man Behind Netflix Comedy’s Curtain Robbie Praw explains his approach to buying stand-up specials for the streamer.
By Jesse David Fox
vulture 10x10 12:00 p.m.
The Comeback Puzzle 3-Down, Seven Letters: “Bust a Move” rapper.
rev up your engine 11:40 a.m.
How Top Gun’s Famous Volleyball Scene Led Kenny Loggins to the ‘Danger Zone’ The story behind the film’s hard-charging anthem, as told by the king of ’80s soundtracks.
summer preview 9:00 a.m.
13 Animated Films and TV Shows We Can’t Wait to See This Summer The Belchers and Buzz Lightyear hit the big screen, while South Park continues its streaming-special blitz.
By John Maher and Eric Vilas-Boas
the group portrait 8:00 a.m.
Not Your Father’s Paris Review The storied magazine has a new editor, a new staff, and a new vibe.
cannes 2022 1:58 a.m.
Julia Roberts Says There’s No Way Her Movie With George Clooney Is Good “It’s probably going to be terrible.”
kellyoke 12:48 a.m.
Kelly Clarkson Invents Extended Plays by Announcing the Kellyoke EP She’s happier than ever with the song choices.
timelines Yesterday at 10:30 p.m.
Everything That Happened on This Is Us in Chronological Order Six seasons of twisty family drama, untwisted.
By Maggie Fremont
post grad jobs Yesterday at 10:19 p.m.
Dr. Taylor Swift May Visit Grey’s Anatomy for a Checkup Fans noticed Swift’s name in the IMDb credits for an upcoming episode.
overnights Yesterday at 10:02 p.m.
This Is Us Series-Finale Recap: A Regular Saturday This Is Us offers a reassuring handhold and a longing stare out a car window as it bids us farewell.
tragedy Yesterday at 8:55 p.m.
CBS Pulls Tonight’s FBI Season Finale After Texas Tragedy The episode’s plot involved preventing a school shooting.
close read Yesterday at 6:41 p.m.
The Winds Have Shifted for Jimmy and Kim on Better Call Saul Visual cues and callbacks illuminate the dark implications of that shocking ending.
crypto bros Yesterday at 6:35 p.m.
Seth Green Gets Scammed Out of His Show’s Main Character A Bored Ape Yacht Club NFT named Fred …
walkouts Yesterday at 4:56 p.m.
Why Did Sasha Banks and Naomi Walk Out on WWE? And what is going on with this corporate statement?
More Stories