If E! is going to offer up Olympic swimmer/kind-of-an-idiot Ryan Lochte his own reality show called What Would Ryan Lochte Do? (a.k.a. WWRLD, if you’re more religiously inclined), we’re going to have to figure out exactly what Ryan Lochte would do through a series of regretful episode recaps. Watch as Ryan decides what he would do in situations including his swimming career, his love life, his burgeoning fashion business, and his seemingly stilted comprehension level. 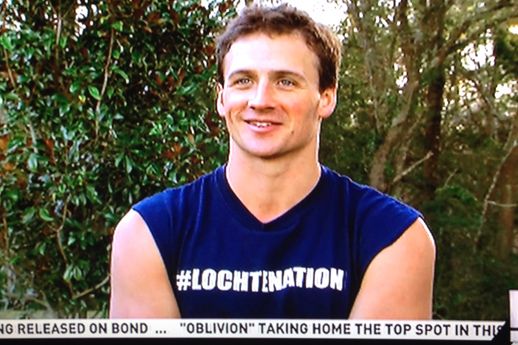 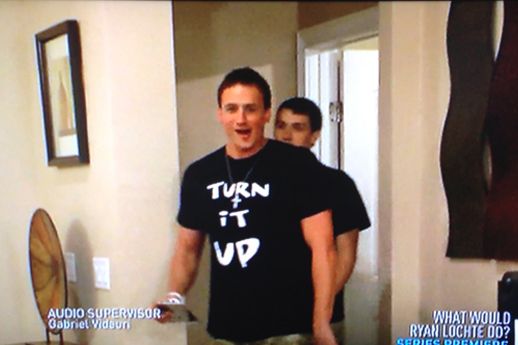 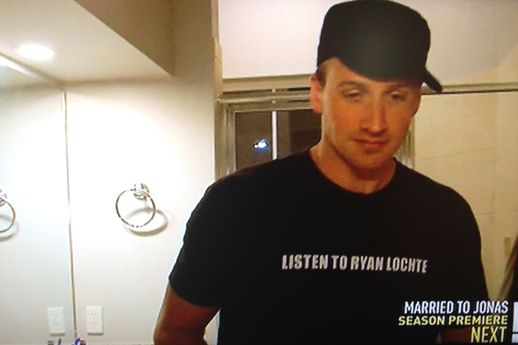 +Comments Leave a Comment
What Did Ryan Lochte Do on His New Reality Show?

bubblegrunge?! 5:00 p.m.
Spotify Wrapped 2021: Our Top Questions From audio auras and movie soundtracks to all those (fake-sounding) genre names.
rust 4:02 p.m.
Alec Baldwin Says He Didn’t Pull the Trigger in First Rust Interview Clip This is some serious Annie Live! counterprogramming.
rankings 4:00 p.m.
Every Kirsten Dunst Role, Ranked No one does it like her.
house of gucci 3:35 p.m.
All the Fistfights, Heartbreaks, and Madness House of Gucci Left Out The real Guccis’ family history is too messy for one movie to contain. We combed through three Gucci tell-alls to find what didn’t make it onscreen.
By Nick Allen
hamil-split 2:01 p.m.
Hamilton’s ‘It’ Couple Has Reportedly Split Anthony Ramos and Jasmine Cephas Jones have broken off their engagement.
chat room 1:54 p.m.
Porsha Williams Is Ready for Life Beyond Housewives “I’m probably still going to be a topic of discussion for a while.”
overnights 1:41 p.m.
Hawkeye Recap: Bros and Arrows The forces of an unseen crime lord (hmmm …) cause a lot of trouble for our heroes this week.
crime 1:26 p.m.
Jackie Avant, Wife of Music Exec Clarence, Shot and Killed in Home Robbery Clarence, who was recently inducted into the Rock and Roll Hall of Fame, was not injured.
transit 1:22 p.m.
Somewhere in Spielberg’s West Side Story There’s a Singing Role for the Subway A niche reference for transit and/or music-theory heads.
familia 1:14 p.m.
Vin Diesel Reveals Daughter Was Meadow Walker’s Maid of Honor in Tribute “Look at this photo Pablo, it will make you smile.”
now streaming 1:00 p.m.
New on HBO and HBO Max: December 2021 And Just Like That …, The Matrix Resurrections, Station Eleven, and more.
tv review 12:47 p.m.
In Sort Of, Love Means Not Having All the Answers The HBO Max show follows a gender-fluid 20-something who knows how to care for others but is still figuring out how to care for themselves.
gerri alert 12:01 p.m.
J. Smith-Cameron Has ‘No Issue’ Being a Sex Symbol She also talks Roman’s “dysfunction.”
fan theories 11:57 a.m.
Was This Season of Bake Off an Anti-Brexit Metaphor? The bakers who succeeded all hailed from a different Britain than the Brexit ideal, a multicultural nation of casual assimilation.
great stories 11:51 a.m.
Ben Affleck Says Just ‘Imagine’ How He and Jennifer Lopez Reconnected “Imagine the best story, and I’m sure that’s the true version.”
overnights 10:18 a.m.
The Bachelorette Recap: Hometown Away From Home As her season unfolds with minimal drama and fanfare, it’s important to remember that Michelle is a tremendous Bachelorette.
astroworld tragedy 9:20 a.m.
More Astroworld Victims’ Families Have Rejected Travis Scott’s Funeral Payments Attorneys for four more families, in addition to Ezra Blount’s, blasted Scott’s public offer.
the fallout 9:01 a.m.
CNN Suspends Chris Cuomo Indefinitely After a transcript showed he had tried to dig up info on his brother Andrew Cuomo’s accusers.
stream in tongues 9:00 a.m.
The Browser Apps That Teach You Languages While You Watch TV Vocab homework meets streaming.
now streaming 9:00 a.m.
New on Disney+: December 2021 The Book of Boba Fett, Edward Scissorhands, Encanto, and more.
More Stories