No matter the year it was made, the actors it starred, or the size of screen it was filmed for, every era of Star Trek includes a variation of the same scene: The ship is in trouble. Enemy lasers or unfriendly space terrain threatens the exterior. And inside the crew careens around the bridge, smashing into walls, falling over desks, and stumbling to the floor like Jenga blocks. And of course, the camera shakes. In the early days, the Star Trek Shake was dialed to eleven, with the Enterprise crew and creative camera operators doing all the work. Over time a gimbal and special effects came along to make the shake look a little less silly. Still, it’s persisted in spirit and remains an indelible part of all Star Treks. (Though the latest entry in the series, Star Trek Into Darkness, features a moment where seat belts appear out of the bridge chairs — a completely logical addition.) Here is a GIF time line of the evolution of the Star Trek bridge shake.

1. Being captain means having a really deep chair. 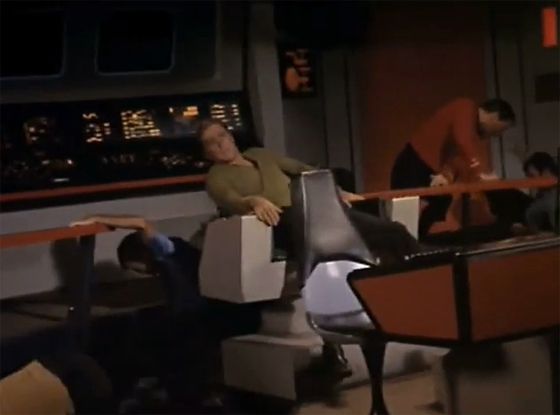 2. Railings on the bridge seem to exist for one reason and one reason only: to provide a barrier for people to dramatically flip over. 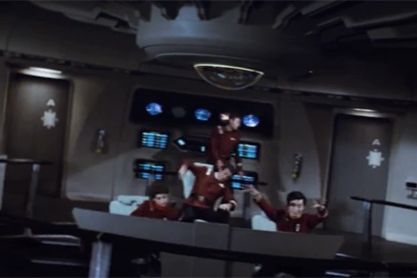 3. Those people flying through the air? That’s all railing action. 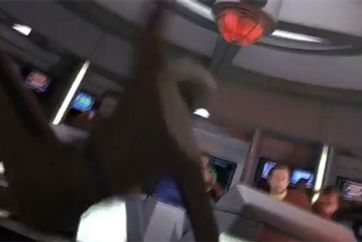 4. Explosions — now we’re getting fancy. Thankfully that railing is there for Kirk to hold on to. 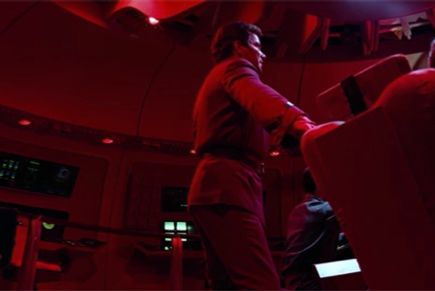 5. The bridge is moving from side to side, the camera is tracking in: How many directions can we simultaneously move in? (It’s space, so maybe all of them?) 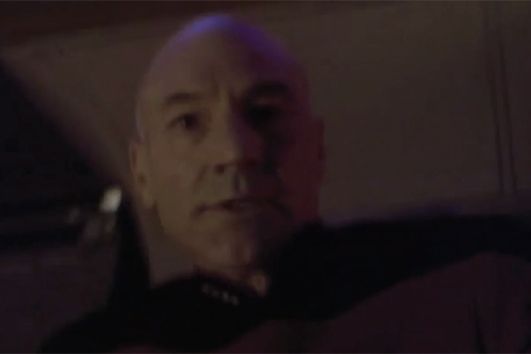 6. Let’s amend that earlier statement about railings. Clearly consoles can serve the same purpose. Flip away! 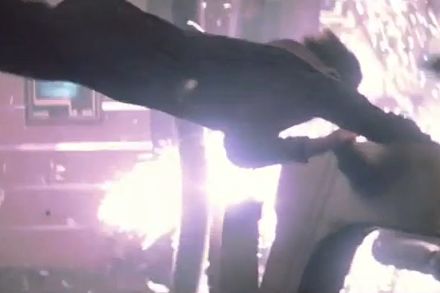 7. Unless you use your starship as a battering ram. Then it doesn’t matter how many railings, consoles, or deep chairs you’ve got on your bridge. You’re dead. 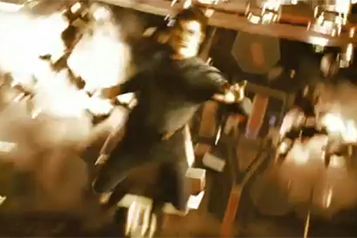