Last night’s New Girl brought us so many things: Dennis Farina back from the dead, a pair of prostitutes named Mysteria and Octopussy, and the flashback scenes of our dreams, all while Jess, Cece, Nick, and Winston told their tales of lost virginity. So what exactly did the five characters look like back in the day?

High-school Jess’s hand-sewn prom dress had no zipper to be found. 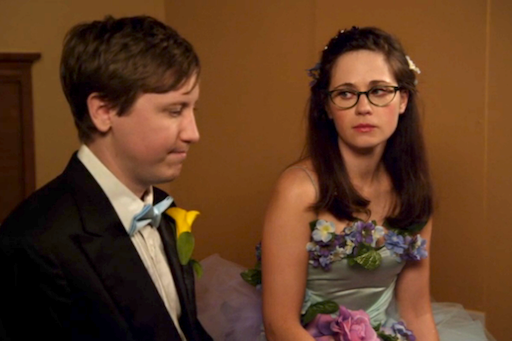 And bigger, college-age Schmidt bought a Costco-size jar of lubricant. 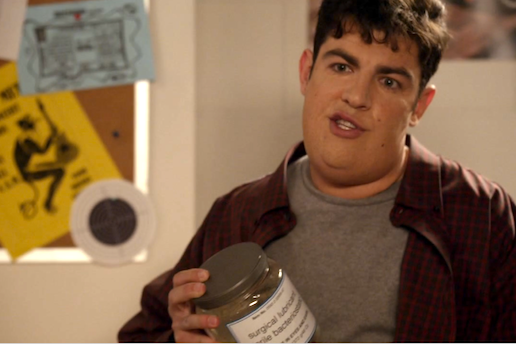 … While Hacky Sack–holding Nick looked on in disgust. 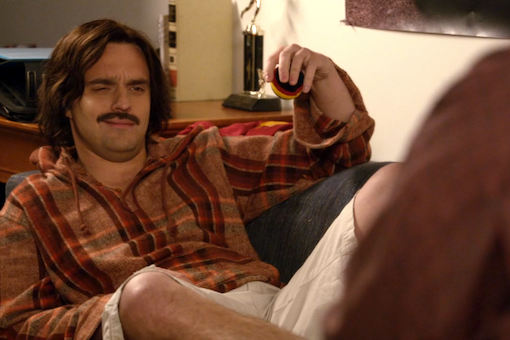 But don’t forget about teenage Nick, who did not sleep with a prostitute. 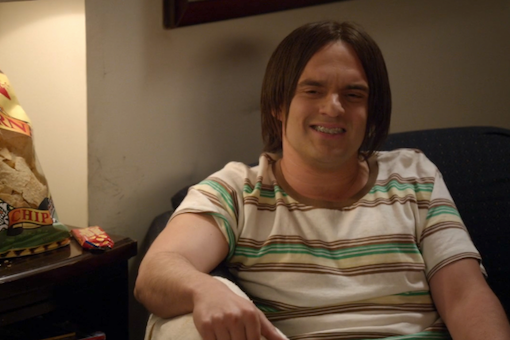 … Unlike teenage Winston, who definitely did. 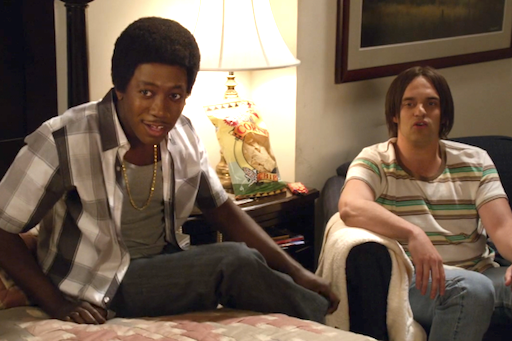 And Cece (with merely a shorter haircut) lost her virginity to Mick Jagger. Obviously. 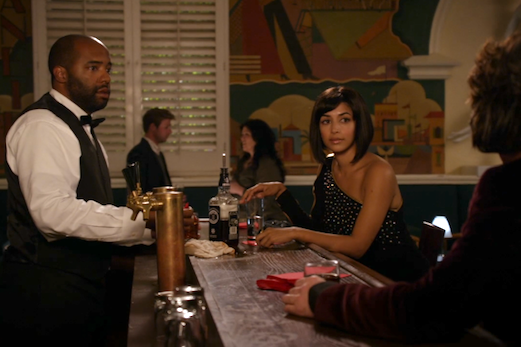 auteur theory 5 mins ago
David Lynch Is Basically Ron Swanson Now He got his swing-out urinal just right.
overnights 3:00 p.m.
Space Force Recap: Foreign Correspondent Like the spy investigation at its center, this episode doesn’t really add up to much in the end.
a quarantine romance 1:11 p.m.
Bachelor Nation Cross-Pollinates Couple With Victoria Fuller and Chris Soules They’re quarantining on his farm.
last night on late night 12:00 p.m.
Jimmy Kimmel Begs Older Americans to Vote Donald Trump Out of Office “Is this who you want leading us? A president who clearly and intentionally inflames violence in the middle of a riot to show how tough he is?”
black lives matter 10:49 a.m.
Billie Eilish Spanks All Lives Matter Crowd: ‘Will You Shut the F- -k up?’ “This is not about you. Stop making everything about you.”
overnights 9:00 a.m.
Space Force Recap: The Fog of War The best episode of the series so far balances some genuine laughs with smart commentary about the military’s “high-tech body bags.”
radio vulture 7:00 a.m.
Stan Culture Is Due a Reckoning. So Are the Celebrities They Worship. Last week was evidence of a slow and peculiar shift in the relationship between fans and the musicians they love over the last decade.
By Craig Jenkins
justice 1:01 a.m.
Beyoncé Calls for Justice in George Floyd Killing: ‘We All Witnessed His Murder’ “There have been too many times that we’ve seen these violent killings, and no consequences.”
overnights 12:00 a.m.
Space Force Recap: The Greatest Spaceman Mark Naird can’t be alone with his thoughts. Or too many ants.
oh boy! see ya real soon! Yesterday at 10:36 p.m.
Here’s Everything We Know About Disney Parks Reopening Walt Disney World in Orlando has been approved to begin reopening on July 11.
overnights Yesterday at 9:31 p.m.
RuPaul’s Drag Race Season-Finale Recap: Long May She Reign Even when you take away the pageantry and production value, you’re still left with a show with a hell of a lot of talent, creativity, and heart.
bachelor nation Yesterday at 9:18 p.m.
The Bachelor’s Colton Underwood and Cassie Randolph Announce Breakup A bachelor once more.
overnights Yesterday at 8:00 p.m.
Space Force Recap: Space Is Hard The comic timing between Steve Carell and John Malkovich and some solid character development give Space Force a much-needed jolt.
universal monsters Yesterday at 7:15 p.m.
Ryan Gosling’s Wolfman to Join the Rest of the Universal Movie Monsters Following in the footsteps of Elisabeth Moss’s The Invisible Man earlier this year.
quarantuning Yesterday at 5:45 p.m.
Watch These Livestreamed Concerts During Your Social Distancing DJ D-Nice, Miley Cyrus, Ben Gibbard, and a lot of Diplo.
By Justin Curto
two friends Yesterday at 5:41 p.m.
Josh Thomas Laments His ‘Poor Wasted Penis’ Whilst Thomas Ward laments having a toddler on the latest episode of Two Friends.
special effects Yesterday at 4:40 p.m.
Baby Yoda Wasn’t Always So Cute, Huh? The early concept art for The Mandalorian’s breakout star was … different.
By Calum Marsh
movie review Yesterday at 4:05 p.m.
The Vast of Night Makes Retro Sci-Fi Feel Startlingly Fresh One of the year’s great movie discoveries — a 1950s-set directorial debut about a possible alien encounter — is now streaming on Amazon Prime.
By Alison Willmore
theater Yesterday at 4:01 p.m.
Props? Trombone Zones? Dressing Rooms? A COVID Theater Think Tank Plans Ahead Prop-handling rules? Dressing-room airflow checks? Trombone-free zones? What will it take to open safely?
exits Yesterday at 3:40 p.m.
Cush Jumbo Is Leaving The Good Fight, But What About Lucca’s Birkin? She hopes to finish Lucca’s storyline next season.
More Stories