Wait, so you didn’t think the Vulture staff would watch the new, season-four Arrested Development trailer 100-plus times? Then you don’t know us very well. And along with the rest of the Entire Internet, we noticed some references to the show’s past and perhaps some guesses toward its Netflix’d future. Just think: If we’re this into finding Easter eggs in the show’s trailer, imagine what we have planned for the show’s premiere.

In one of the first shots of this season-four trailer, presumably belonging to the episode titled “Flight of the Phoenix,” Michael exits the airport to reveal he’s finally in Phoenix. If you recall, he’s been trying to get there for quite some time now. 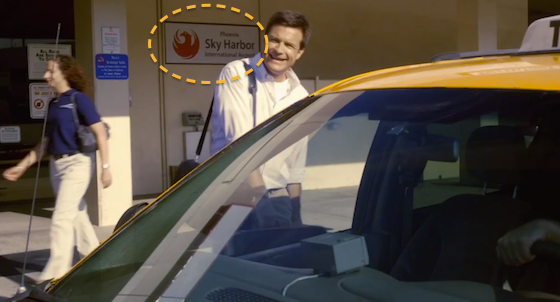 He ignores the cabbie’s warnings and sears his hand grabbing the taxi’s handle. Shades of the Cornballer infomercial! “Time to pull out the basket … “ — hand-burning is a Bluth tradition. 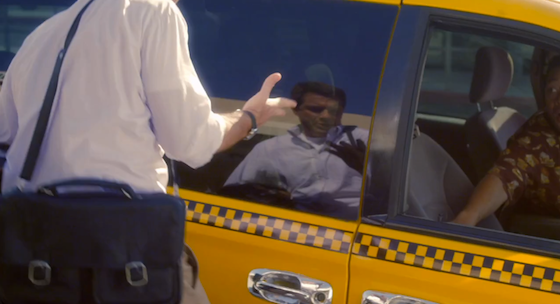 George Michael appears to be getting some tutoring (ha!) from his cousin Maeby at the University of California-Irvine. 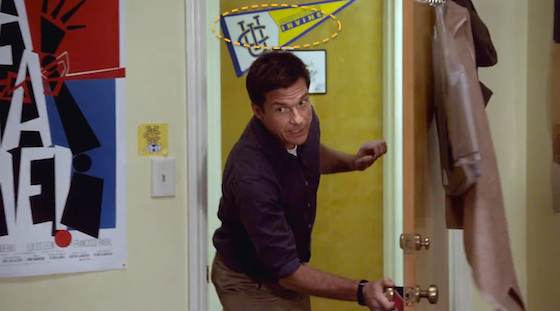 The number on Lucille’s shirt reads HELLO upside down? (See: calculator tricks.) 07734 is also the zip code for Keansburg, N.J. That might mean something? *scribbles 07734 two thousand times on a blackboard* (EDIT: Commenter Cinelogic smartly brings up that “HELLO” is an obvious reference to Annyong! Hello? Annyong?) 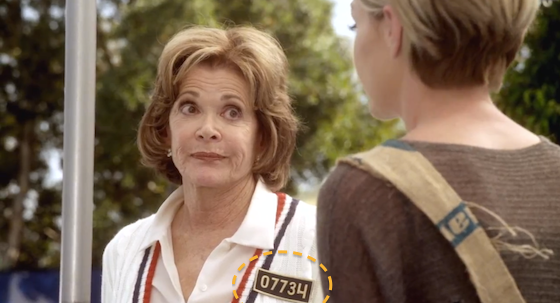 When Gob goes to open one of his many Mike’s Hard Lemonades, he breaks off a piece of the still-shoddy model home. In a reference to “those Hollywood shows are so incredibly detailed,” the kitchen is stocked … with two six-packs of Mike’s Hard Lemonade and a few bottles of oils. 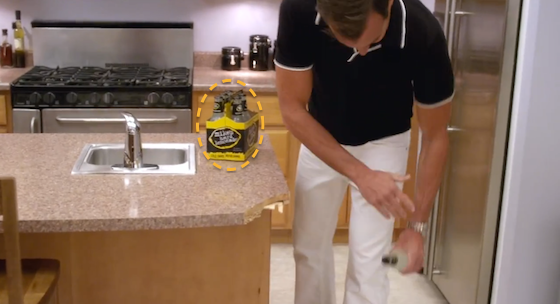 Right before the vulture appears (it’s a bad sign!), you can catch a glimpse of the sign behind Michael. A smart Redditor makes a pretty seemingly accurate guess at the wordage: “In an effort to distance himself from the Bluth Company, Michael chose the name The Michael B. Company (You can just barely make out a period after the B.) The tagline underneath it seems to say “Home is where the HOUSE [Is].” 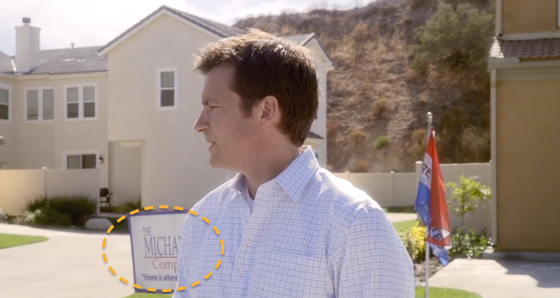 An ostrich quickly runs by Maeby, perhaps on the way to Buster’s pillow? 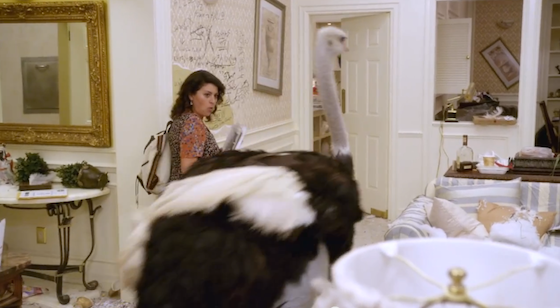 Gob’s next illusion? It certainly seems Jesus-related. On the far left you’ve even got Ann Veal’s (yes, her) dad, Pastor Veal. Another “special guest”? Gob’s flesh-colored panties. Or his balls. (“This close, they always look like landscape. But nope, you’re looking at balls.”) 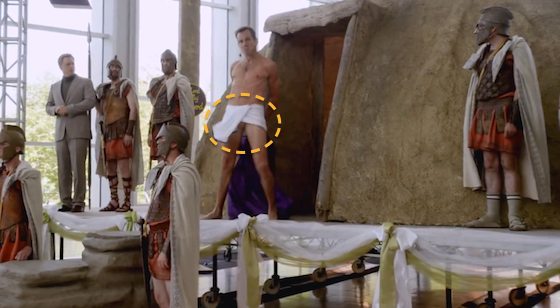 While Lucille threatens poor Buster with his night terrors, a restaurant special sign reveals that “today’s verdict” is “GUILTY NO PAROLE.” 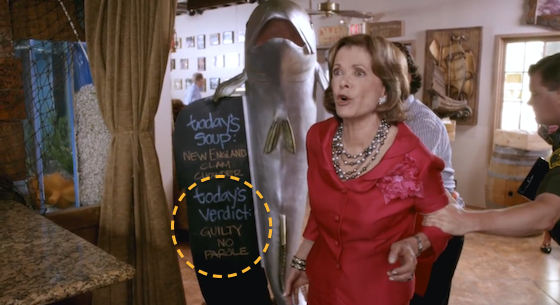 And Buster’s hook is now diamond-encrusted. 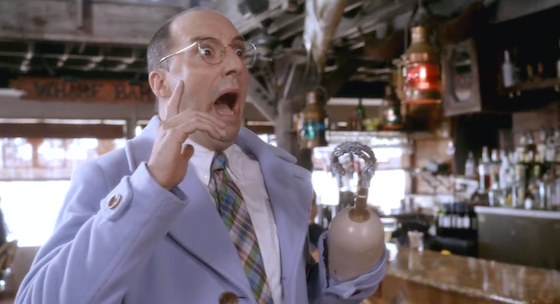 “Now with this car, you might get some stares.”

“I’m used to a car with some stairs.”

(Not exactly an Easter egg, more an out-and-out callback, but still delightful to see.) 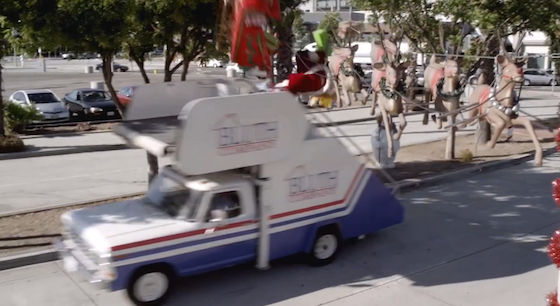 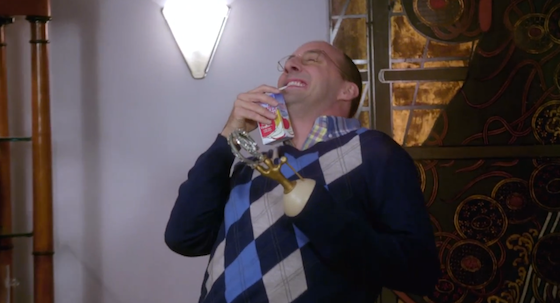 #freebritney 6 mins ago
Celebrities Share Messages of Support for Britney Spears Mariah, Halsey, and Liz Phair are all Team #FreeBritney.
the law 13 mins ago
Britney Spears Takes No Prisoners, Asks Court to Finally End Conservatorship In a brave, damning testimony the pop star made multiple allegations of abuse, including being forced to have an IUD.
fuck cancer 6:42 p.m.
Mark Hoppus Shares That He Has Been in Treatment for Cancer for Three Months “Can’t wait to be cancer free and see you all at a concert in the near future.”
streamliner 5:49 p.m.
RuPaul’s Drag Race All Stars Season 6 Is Streaming on Paramount+ … at 3 a.m. Good luck avoiding spoilers!
cultural appropriation 5:28 p.m.
Michael B. Jordan Apologizes After Rum-Brand Backlash Nicki Minaj and others accused the actor of cultural appropriation when he announced the name of his new alcohol brand.
extremely online 5:24 p.m.
David Dobrik Thinks People Have ‘a Reason’ to Call Him a Sociopath, Is Hiring HR “And, yeah, I think now people have more of a reason to be like, ‘Oh, they weren’t kidding about the sociopath stuff.’”
can we get this as a penny press? 5:16 p.m.
Disney Making Tower of Terror Film As Rock ’n’ Roller Coaster Erasure Continues Because, sure.
streamliner 5:14 p.m.
Peacock Is Finally Coming to Fire TV Devices Feuding small businesses NBCU and Amazon managed to work things out.
the law 4:34 p.m.
The Stakes at Britney Spears’s Latest Conservatorship Hearing Couldn’t Be Higher Everything to expect from today’s hearing, where she has requested to speak publicly for the first time.
By Claudia Rosenbaum
the law 3:57 p.m.
Drake Bell of Drake & Josh Pleads Guilty to Attempted Endangering Children The charge is a felony.
what's the deal 3:42 p.m.
Jerry Seinfeld to Direct a High-Concept Movie About How Pop-Tarts Are Kinda Cool According to all known laws of gastronomy, there is no way that a tart should be able to pop.
trailer mix 3:31 p.m.
Q-Force Trailer: Never Fear, the Homosexual Heroes We Need Are Here Wanda Sykes, Patti Harrison, Matt Rogers, and more star in a new Netflix animated series.
now streaming 3:00 p.m.
Checking In on Netflix’s Original Movies: June 2021 Edition Featuring Dennis Quaid in an international feel-good story.
hollywood 2:32 p.m.
Kenya Barris, New CBS Employee, Left Netflix Because ‘Netflix Became CBS’ Call it mixed-ish messages.
feuds 2:28 p.m.
And Now for Scooter’s Version of His ‘Very Confusing’ Taylor Swift Feud “I don’t know what story she was told. I asked for her to sit down with me several times, but she refused.”
streamliner 1:00 p.m.
7 Tips and Hacks to Get the Most Out of Peacock You can do more than just watch reruns of The Office.
the fast and the furious 12:58 p.m.
F9’s Space Scenes Began as a Joke. Then NASA Got Involved. Can a Pontiac Fiero survive in the stratosphere? Don’t worry, director Justin Lin checked.
By Chris Lee
mental health 12:45 p.m.
A Guide to Conservatorships (and Why Everyone Is Talking About Them) From #FreeBritney to Kanye West, here’s what you need to know.
By Zoe Haylock
trailer mix 12:45 p.m.
The Candyman Trailer Promises Blood, Bees, and One Terrifying Urban Legend “Black people don’t need to be summoning.”
my album trailer is dropping 12:38 p.m.
A New Pop Smoke Album Is On the Way His second posthumous record is out on July 16.
More Stories