Damon Albarn, lead singer of Blur, and Jamie Hewlett, animator of Tank Girl, have been working together for over fifteen years, ever since they started Gorillaz in the late nineties. Over the last few years they’ve expanded their primate reach to include monkeys. Along with Chinese actor and director Chen Shi-zheng, they’ve adapted the sixteenth-century Chinese novel Journey to the West, by Wu Cheng’en, to create a stage production called Monkey: Journey to the West. Albarn worked on the music and Hewlett the aesthetic for the opera, which premiered in Manchester in 2007. The piece is now coming to New York as part of the Lincoln Center Festival. Monkey will open the festival and in total run for 27 performances between July 5 and 28. In honor of the run, Hewlett has designed new characters for the show, and has given us an exclusive look at one of them, River Demon. River Demon is kind of frightening-looking, but if you find yourself getting scared, just relax and realize he’s completely in red and green — like Christmas! 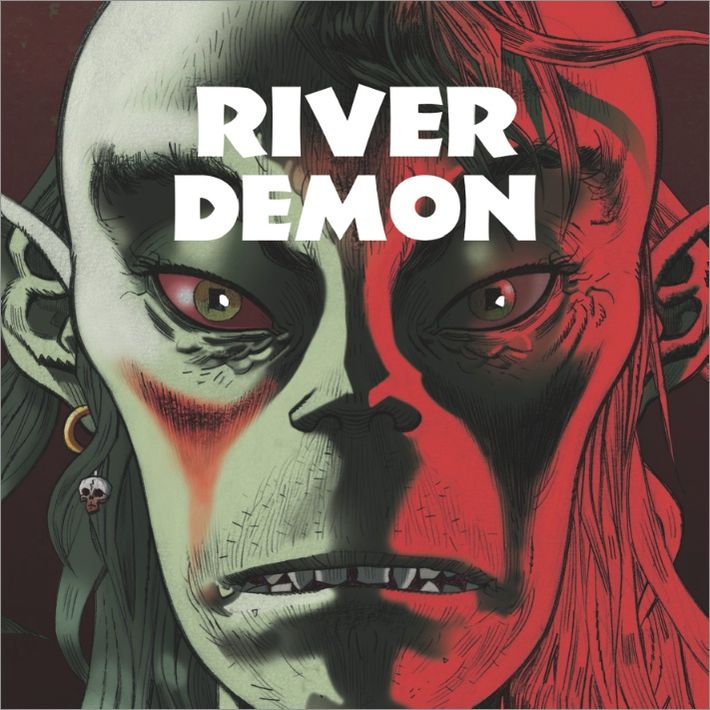 refresher course 8 mins ago
Get Reacquainted With Drag Race All Stars’ Winners’ Circle One of these queens will be the show’s first two-time winner, so it’s time to brush up on what each has to offer — and what they lack.
fact or fiction? 14 mins ago
The Staircase Uncovers New Questions Within Tired True-Crime Theories The HBO Max miniseries uses the freedom of fiction to explore the mysteries surrounding Kathleen Peterson’s death.
buffering 3:00 p.m.
Can Stranger Things Reverse Netflix’s Bad Headlines? The stakes are higher than ever for the show to succeed.
backstories 2:50 p.m.
How Vangelis’s Cult Blade Runner Score Became a Classic The Greek composer’s work on Ridley Scott’s epic was a lodestar, marking a course open to individual interpretation.
overnights 2:47 p.m.
Conversations With Friends Recap: Can We Talk? Now that Melissa knows about Frances and Nick, it’s time for an interesting arrangement.
bearded bromance 2:38 p.m.
Jake Johnson Wants to Make a Movie With Oscar Isaac — I’ve Got a Few Ideas INT. DIMLY LIT BEDROOM - NIGHT
astroworld tragedy 2:11 p.m.
Astroworld Lawsuits Claim Almost 5,000 People Were Injured at Deadly Festival Here are the major legal battles Travis Scott faces.
law & order 2:07 p.m.
Would You Go to Anna Delvey for Legal Help? The infamous scammer is allegedly starting a law firm.
vulture lists 2:00 p.m.
9 Great Audiobooks to Listen to This Month Selma Blair, David Sedaris, The Office BFFs, and more.
spoiler alert! 1:41 p.m.
Duffer Brothers Have Alleged Hissy Fit Over Spoilers in Stranger Things Monopoly With everything going on at Netflix, a few Community Chest cards are the least of their worries.
viewing guide 1:13 p.m.
A Guide to the Pre-Ghibli Work of Hayao Miyazaki and Isao Takahata And where to stream them — if you can.
overnights 1:08 p.m.
Survivor Recap: It’s Time to Break Up One of the most spectacular and elusive moves in Survivor history is pulled off.
movie review 12:54 p.m.
Downton Abbey: A New Era Is Really the Same Old Downton Abbey For better and worse, the Crawleys are at it again.
vulture 10x10 12:40 p.m.
The Namesake Puzzle 9-Across, Five Letters: Dooku or Dracula.
where's the beef? 12:35 p.m.
Migos May No Longer Be Amigos Offset appears to have unfollowed Quavo and Takeoff amid news of their joint single.
overnights 12:00 p.m.
Hacks Recap: Nice Chacos In Vegas, Ava was the fish out of water while Deborah was the queen of the desert. On the cruise, Ava is the superstar.
overnights 12:00 p.m.
Conversations With Friends Recap: I’m Coming Clean Frances and Bobbi’s relationship finally makes sense!
fine lines 11:23 a.m.
Kevin Morby Breaks Down the Best Lyrics on This Is a Photograph Including his epic about Jeff Buckley and the line involving a “cum rag.”
art review 11:00 a.m.
A Universe in South Central Lauren Halsey’s new show is an overflowing tribute to her Los Angeles neighborhood.
adult teens 10:39 a.m.
Riverdale to End After 7th Season, K.J. Apa’s Roots Rejoice The final season will premiere in 2023.
More Stories