The characters on Mad Men are not particularly self-aware. Pathetic, balding Pete might actually be the only person attempting not to repeat his own mistakes. (It’s not going that well.) Roger doesn’t seem to care, Harry just wants to find a prostitute who accepts travelers checks, and even Peggy — respectable, driven Peggy — is trapped living in a shit-hole apartment because she let a guy convince her that he knew better than she did. It takes a weird kind of detachment to see a reflection of yourself and not recognize it, but that’s exactly what happened to Don and Megan on “Quality of Mercy” when they saw Rosemary’s Baby. Megan said it was scary. Don said it was disturbing. But neither of them noticed that they are living inside that movie every stinkin’ day.

Much has been made of the connection between Megan and Sharon Tate this season, and including a film by Tate’s husband Roman Polanski in such a prominent way is certainly fuel on that fire. But that tie only feels significant because we know that Sharon Tate was murdered. Megan herself could watch Rosemary’s Baby and think, You know, a lot of this is weirdly familiar to me. She could also ask Sally how it compares to Ira Levin’s original book, which we saw Sally reading earlier this season.

The husband in Rosemary’s Baby, Guy, is a struggling actor, just like Megan was a few short months ago. Rosemary meets a friend outside the Time & Life Building, which is where the Sterling Cooper offices are. Part of the soundscape of this season of MM has been hyperpresent sirens — something also very present in Rosemary’s Baby. Rosemary and Guy move into the Dakota in the movie — a building less than a mile from where Megan and Don live. One of the early disturbing shots in the movie is of a bloody dead body, that of Rosemary’s new friend in the building who apparently killed herself. On the Mad Men timeline, Lane Pryce killed himself less than two years ago. There’s even a scene where Guy and Rosemary have a fight over Rosemary not wanting to eat a particular dessert — just like Don and Megan had a fight about that stupid orange sherbet at Howard Johnson’s. And, oh yeah, the Drapers spend a lot of time with their neighbors.

Don could have noticed the similarities, too. And while at first glance, one might assume Megan and Rosemary are the parallels, it’s actually Don Draper who should be getting a Vidal Sassoon cut and drinking prenatal Satan juice.

Here’s Don a few weeks ago: 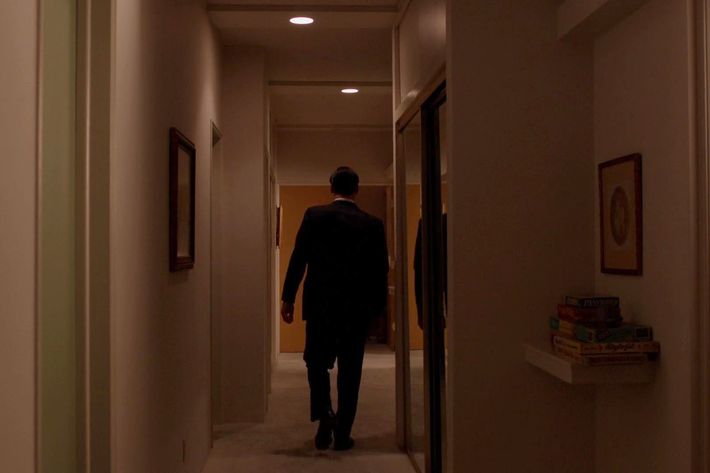 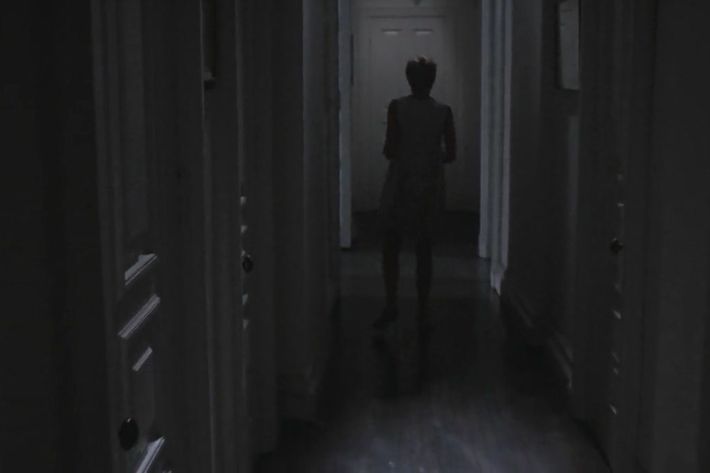 Rosemary’s satanic neighbors drug her, and in her whacked-out trance she hallucinates herself floating in the ocean — an image just like Don’s proposed ad for Hawaii about dreamily wandering into the water. Rosemary then finds herself on a boat with people who seem to be the Kennedys — and Don had just spoken to Betty and chitchatted about Jacqueline Kennedy’s second marriage. (Also, Peggy and Ted spend a bit of time doing some Kennedy impressions. It’s everywhere!)

Because in the end, Don himself is the monster, hail Satan. First, in Peggy’s commercial pitch, Don plays the baby — waah, waah — and just as a reminder, the baby in Rosemary’s Baby is the devil. Later, back in his office, Peggy is livid. “You’re a monster,” she tells him. Waah, waah.

Matthew Weiner on Why Those Mad Men Previews Are Comically Stingy