Yesterday, Texas Senator Wendy Davis took to the floor to successfully perform a thirteen-hour filibuster of an anti-abortion bill that would have banned all abortions after twenty weeks and force 37 of Texas’s 42 abortion clinics to close indefinitely. Senator Davis’s entire ordeal was live-streamed, and at one peak moment, over 180,000 people tuned in to watch her read the powerful stories of those who would be affected by the bill. (Spoiler: The bill did not pass.)

If this doesn’t sound like the perfect treatment for a feature film (or Lifetime miniseries), you haven’t been paying attention. The Cut already pointed out that Senator Davis’s backstory is already full of inspiring dramatics that Lifetime movies are made of, and the Internet has already begun to put her into their own version of existing movies and TV shows. The main point of reference being Friday Night Lights’ Tami Taylor, whose southern drawl, light locks, and powerful words certainly match up to Davis’s. Would Connie Britton be a good Senator Davis? Feministing drafted up a possible poster treatment: 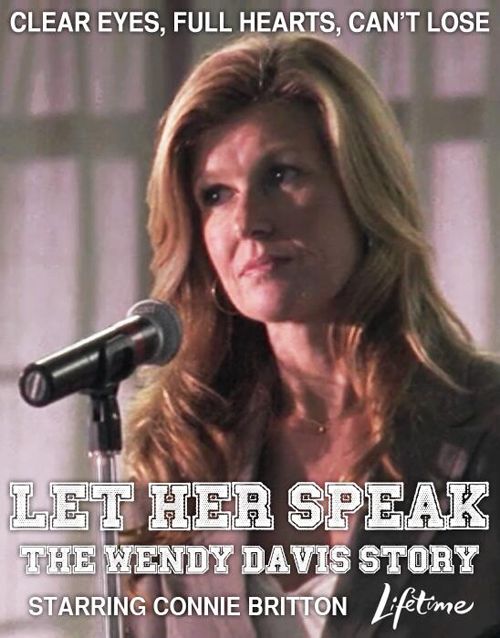 She also reminded some of Game of Thrones’ powerful dragon mother Khaleesi. 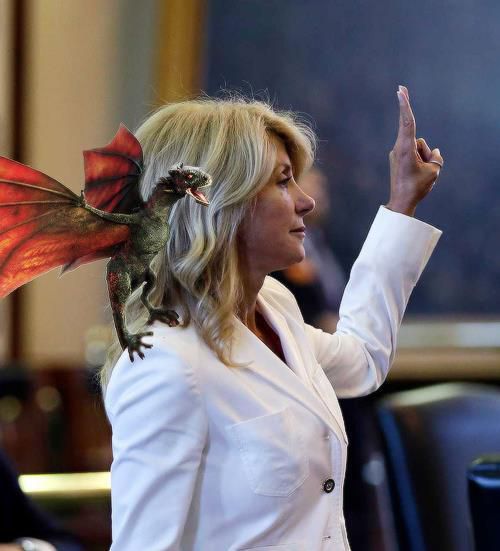 Or perhaps Wendy would get her own Thrones house sigil (although we’d replace the high-heeled shoe with Wendy’s pink running sneaker, duh). 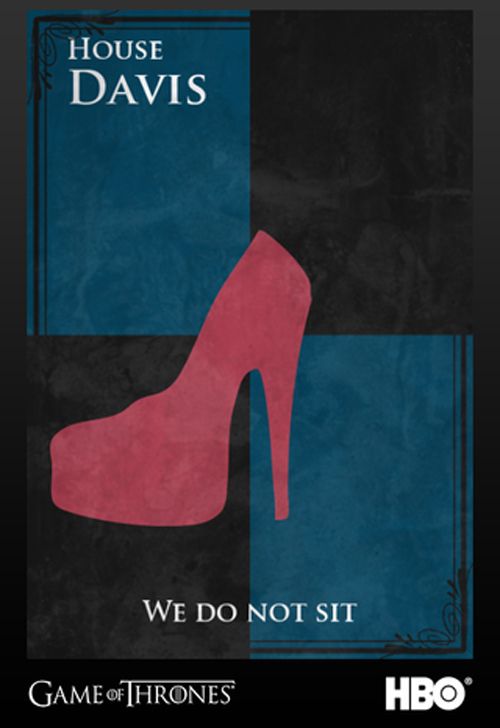 A little clever wordplay (and some Photoshopping) puts Davis on the front of the Kill Bill poster. 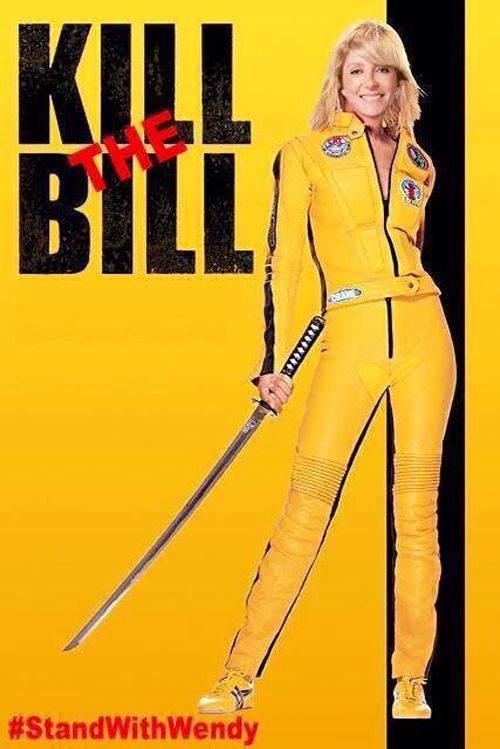 vulture quiz 8 mins ago
Can You Guess What Actually Happens in 80 for Brady? 80 For Brady is one of the weirder comedies to arrive in theaters lately, so weird that describing it might make you think I am lying.
By Jen Chaney
overnights 8:00 a.m.
The Real Housewives of Potomac Season-Finale Recap: Gossip Folks The season has mercifully ended, and I hope Potomac does some tinkering in the offseason.
live from the red carpet 1:34 a.m.
Smokey Robinson Wants You Curious About His Gasms “Curiosity is going to get the best of them.”
grammys 2023 1:03 a.m.
The Highs, Lows, and Whoas, of the 2023 Grammy Awards High: Beyoncé makes history. Low: Beyoncé still can’t win AOTY.
jazz is back 12:58 a.m.
Samara Joy Sings the Old Ones, Wins Best New Artist Jazz is back, baby.
all the stars are here 12:16 a.m.
Taylor Swift Worked the Room at the 2023 Grammys Everyone from SZA to Bad Bunny to Bonnie Raitt got pics.
grammys 2023 12:09 a.m.
Harry’s House Needs a New Trophy Shelf For his Album of the Year award, which he won over Beyoncé’s Renaissance.
grammys 2023 Yesterday at 11:47 p.m.
Grammys Song for Social Change Award Goes to Iranian Protest Song Dr. Jill Biden presented the award to “Baraye,” by Shervin Hajipour.
grammys 2023 Yesterday at 10:55 p.m.
The Grammys Pay Tribute to 50 Years of Hip-Hop Who performed? Who got censored?
overnights Yesterday at 10:33 p.m.
The Last of Us Recap: Kansas City, Here We Come If they’re going to survive Melanie Lynskey’s Kansas City, Joel will need to trust Ellie more.
grammys 2023 Yesterday at 10:15 p.m.
Beyoncé Grants Grammys the Ability to Call Her Their Most Awarded Artist She officially beat Hungarian-British conductor Georg Solti.
grammys 2023 Yesterday at 10:11 p.m.
Quavo Brought Takeoff’s Chain to the Grammys Tributes also came from Kacey Musgraves, Sheryl Crow, Bonnie Raitt, and Mick Fleetwood.
overnights Yesterday at 10:03 p.m.
Your Honor Recap: Gaslight, Gatekeep, Girlboss Sorry, but it’s impossible to take Rowan fighting off Lasher’s influence seriously when she’s dressed in a polyester flapper costume.
overnights Yesterday at 10:01 p.m.
All Creatures Great and Small Recap: Take the Biscuits, Edward Mrs. Hall and Tristan deserve better than this, but at least no cows died in this episode … that we know of.
chat room Yesterday at 9:50 p.m.
Jeffrey Pierce on His New Last of Us Role and Old Last of Us Themes “I think it’s interesting and powerful to force the audience to ask, Okay, who’s the villain here and who’s the good guy?”
grammys 2023 Yesterday at 9:44 p.m.
Kim Petras Thanks SOPHIE After Historic Grammy Win “SOPHIE, my friend who passed away two years ago, who told me this would happen and always believed in me.”
overnights Yesterday at 9:17 p.m.
Your Honor Recap: Familiar Faces Your Honor continues to feel hollow as it slips further away from Michael’s agonized soul and toward being another crime drama.
grammys 2023 Yesterday at 9:06 p.m.
All of Your Faves Are Dancing to Bad Bunny at the Grammys Taylor Swift’s awards-show dancing is back in 2023.
vulture homepage lede Yesterday at 9:03 p.m.
All the Best 2023 Grammys Red Carpet Looks  Lizzo, Doja Cat, and more make the whole place [*Taylor Swift voice*] shimmer!
trailer mix Yesterday at 9:01 p.m.
Jack Harlow Can’t Jump in the White Men Can’t Jump Trailer See him not jump on Hulu May 19.
More Stories