I lost all bearings at the shocking first sight of Boxer at Rest, the astounding Hellenistic (323-31 B.C.). bronze masterpiece on view only until July 18 in the center of the long entrance hall of the Greek and Roman wing. It was like a thunderbolt. My psychic borders broke as it instantly embedded itself in my inner museum: It’s one of the greatest works of Western sculpture I’ve ever seen. It’s a masterpiece of immeasurable pathos, profundity, humanity, and otherness; inexpressive mysteries of material and self merge. I see dark inner depths, something brutal, brooding, beautiful, gigantic, an inchoate island unto itself. A kneaded muscular wrecked mountain, Minotaur-like. It was like I heard some barbaric howl.

Click on the numbers and see Jerry’s corresponding comments appear below the picture. 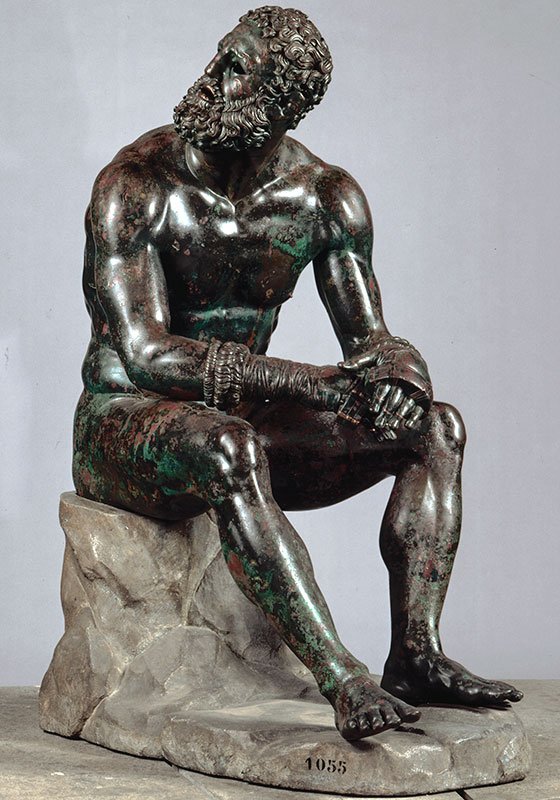