Who names their album Yeezus? Kanye West, a man with the wisdom and influence of the Lord Jesus Christ, that’s who. Because it is Sunday, in honor of Him and His upcoming (already leaked) album, we made spiritual posters out of some of his most insightful quotes and tweets. They’re psalms of a special kind. 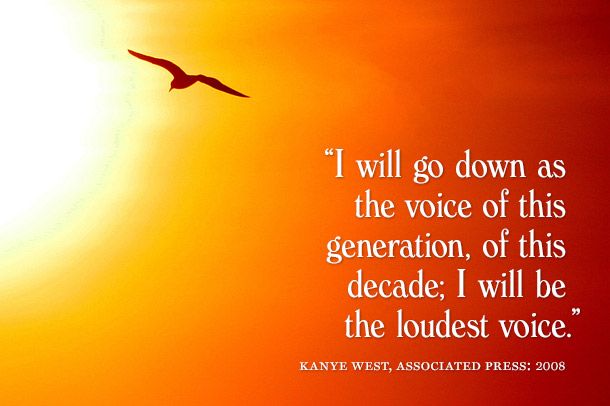 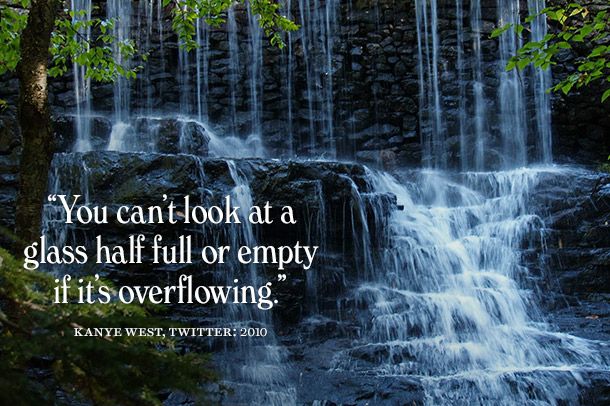 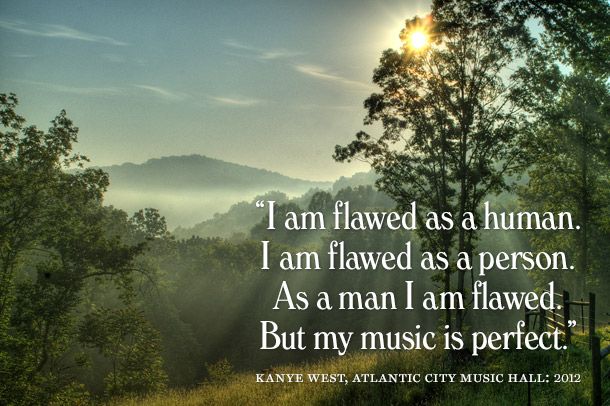 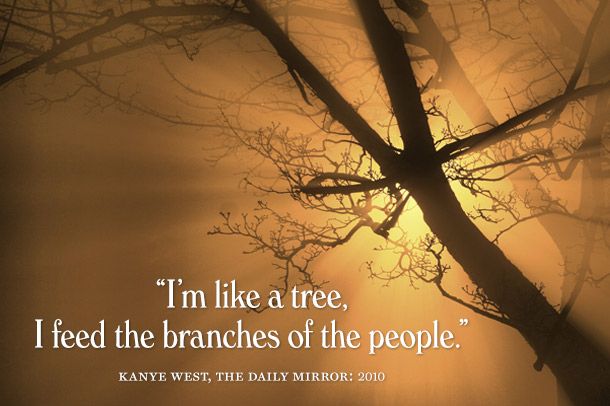 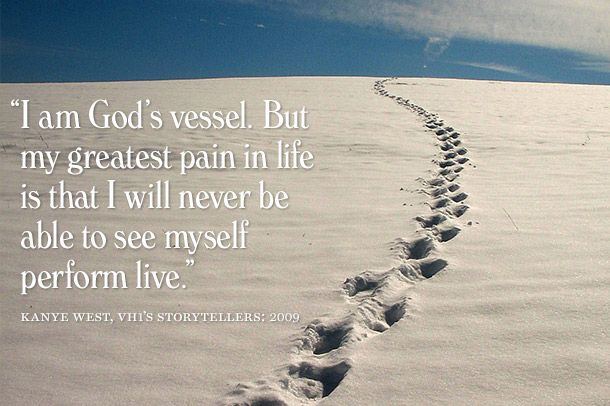 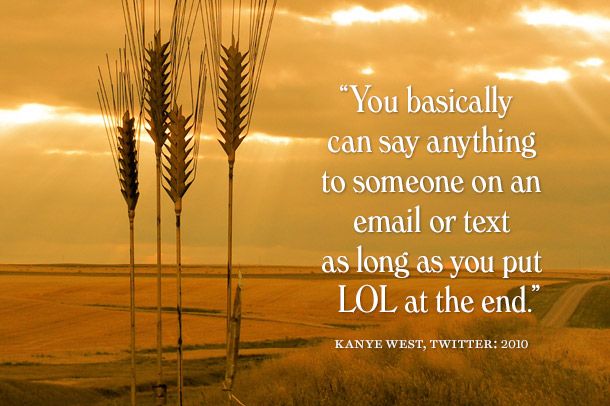 awards season 29 mins ago
Hey Look, the SAG Awards Are Moving, Too Following in Oscar’s footsteps, the SAG Awards will push their ceremony back to March 14.
backstories 2:30 p.m.
The Baby-Sitters Club Is Back in Business How the Netflix show adapted a ’90s hallmark for zoomers (and their parents).
By Jessica Goldstein
extremely online 2:05 p.m.
Quarantine Has Driven Brie Larson to Become *Gasp* a YouTuber Someone’s gotta fill the vacuum left in Jenna Marbles’s wake.
emmy insider 1:52 p.m.
Why Isn’t Every Show Like Los Espookys? It’s a world where we don’t have to fight for representation, and TV can be as weird and queer as it wants.
By Joshua Rivera
late night 1:41 p.m.
Conan O’Brien Is Leaving Lockdown to Tape His Late-Night Show From Largo But there won’t be an audience, and guests will still be interviewed via Zoom.
duffy 12:43 p.m.
Duffy Asks Netflix CEO to Remove Polish Film 365 Days for ‘Glamorizing’ Rape She says it “eroticises kidnapping and distorts sexual violence and trafficking as a ‘sexy’ movie.”
vulture sports 12:10 p.m.
Nothing Will Make You Happier Than Maya Moore Seeing Jonathan Irons Leave Prison The WNBA star put her career on hold to support his case.
reboots 12:00 p.m.
That Clone High Reboot You Always Wanted Is Finally Happening Co-creators Phil Lord, Chris Miller, and Bill Lawrence will “reimagine” the cult-hit animated series.
close reads 12:00 p.m.
The Real Mud on The Golden Girls The blackface on The Golden Girls wasn’t blackface. But the entire series was still mired in racism and rape culture.
By Steven W. Thrasher
movie review 12:00 p.m.
The Hamilton Movie Swings Open the Doors of Broadway The Disney+ version of the musical is in-your-face at a moment when nothing is allowed to be in your face.
By Helen Shaw and Mark Harris
vulture recommends 12:00 p.m.
The Couch Gallery Crawl How to look at art from the safety of home.
keeping up with the royals 11:53 a.m.
Meghan Markle Says She Felt ‘Unprotected’ by Royals in New Court Documents The documents also combat claims about wedding costs and Markle’s relationship with her father.
this week in comedy podcasts 11:00 a.m.
This Week in Comedy Podcasts: Las Culturistas’s Mighty List Here are our favorite comedy podcast episodes of the week.
By
casting 10:12 a.m.
Lesley Manville to Take Over As Princess Margaret in The Crown Season 5 She joins Imelda Staunton for the show’s final season.
best of 2020 9:00 a.m.
The Best Movies of the Year (So Far) From a new Netflix rom-com to a retro sci-fi movie on Amazon to the final Trip film.
By
kristy's great idea 8:00 a.m.
An Oral History of The Baby-Sitters Club Movie From first kisses to first periods to narrowly avoided perms, inside the making of a ’90s sleepover classic.
By Jessica Goldstein
overnights 7:00 a.m.
Doom Patrol Recap: I Need Ooh La La La La Niles was right: Nothing good happens after bedtime.
the industry 1:39 a.m.
Paramount Acquires The United States vs. Billie Holiday Helmed by Lee Daniels The film stars singer-songwriter Andra Day as the titular Billie Holiday.
negotiations Yesterday at 11:55 p.m.
The WGA Reaches Tentative Deal With Studios, Combats ‘Rollbacks’ for Writers The three-year agreement includes higher residuals for writers on streaming shows and new paid parental leave program.
yikes yikes baby Yesterday at 10:12 p.m.
Vanilla Ice Thinks It’s the ’90s and Is Throwing a 4th of July Concert in Texas “We didn’t have coronavirus, or cell phones, or computers.”
More Stories