Uh, guys, here is an opinion for you: Being a monster seems very terrible! Sure, you tend to look like a hunk or babe and you get to experience tons of shirtless hugs with the members of all your love triangles, but that’s probably the only good part. Most of the time you have to climb out of your coffin/cave/doggie bed only to face a relentless carousel of carnage and street drama. Anyone you love gets killed or kidnapped constantly, there’s usually some ancient deity hassling everybody, plus the responsibility of averting the Apocalypse falls to YOU, and if the stress of it all makes you feel like eating your feelings, guess what? It’s blood. You will be eating blood. If I were a vampire, come sunset I’d just stare at my coffin lid like, “Well, today’s gonna be another shit-show,” and I’d hit the snooze button for another twelve hours. Because no way. 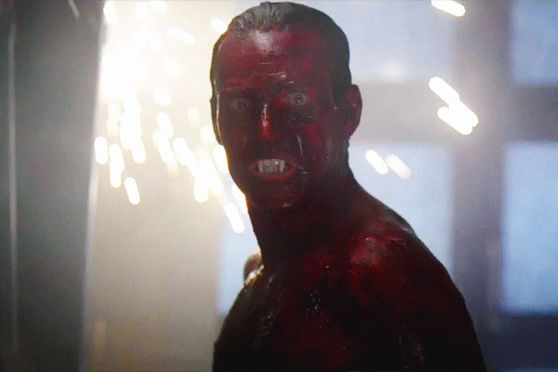 With regard to True Blood, HBO’s live-action cartoon for grown-ups, life at the moment seems especially exhausting for the abominations of Bon Temps. Last season saw all of our favorite female impersonators and sex-creatures deal with plotlines both terrible and terrific. We don’t need to talk about Terry’s Iraqi fire monster or the secret fairy night club, and we definitely don’t need to talk about how lame the Authority ended up being or what a drag Salome was. We also shouldn’t discuss Russell Edgington’s pointless death or the boring werewolves (who are just useless junkie dogs at this point) or Jason’s racist ghost parents or Luna still being a character.  BUT that season did at least a few things right: Tara’s sudden conversion into a compelling character; anything Pam; anything Lafayette; Sam’s housefly-in-the-mouth murder of that redheaded Authority woman; Eric in general; that ENDING. So, you know. Silver linings!

And now, suddenly, the season-six premiere! We should probably talk about this thing right now, because if we had any fears about the direction(s) in which this show was heading after season five, THIS would be the episode to confirm those fears. Unfortunately for the haters, “Who Are You, Really?” was relatively good! It picked up only moments after season five’s insane cliffhanger and generally focused on the characters we most cared about. Sure, the remaining dozen plotlines were varying degrees of pointless, but it was all pretty easy to enjoy and at times surprisingly affecting! Here’s the gist. 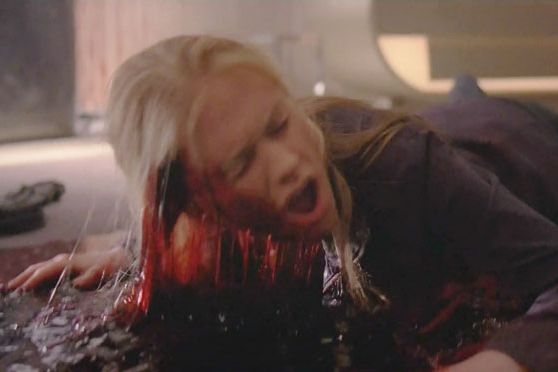 When we last saw Bill Compton, he’d just exploded into a puddle of guts and then reemerged from said puddle of guts as a naked man with blood all over his junk and body. He was now Lilith incarnate, the primordial blood god of vampire legend. If you suspected that True Blood would immediately back away from such a dramatic shift for the romantic lead, you were wrong! But then, later on, you were right! Because after a brief and terrifying rampage in which Bill chased all of his friends out of the Authority’s headquarters and then flew away, a few scenes later he was back in Bon Temps dressed in a crisp henley promising Sookie that as far as primodial blood gods go, he intended to be one of the good ones. Although this classic-seeming Bill Compton had returned sooner than we might have expected, he definitely had acquired some new supernatural gifts: He can fly; he can’t be staked (which Sookie learned the hard way); and he can move things with his brain, Matilda-style. Furthermore, the final scene implied that the spirit of Lilith and her blood-soaked merkin may freely enter and exit his body. So, you know, Bill’s definitely different now, but it’s pretty reasonable to suspect that he’ll be reclaiming his role as romantic lead in the near future. (Sigh.) 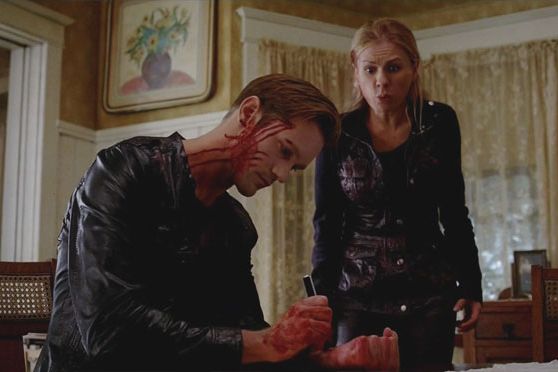 For their part, Sookie and Eric do not believe that this “Bill” entity is anything other than a grotesque usurper and both want to see him dead. Well, at least Eric does, since the episode saw Sookie baby-stepping back toward simpler, less blood-soaked times. You know, when she was simply a psychic waitress in a terrible town rather than someone who invades underground bunkers Mission: Impossible–style and occasionally falls face-first into red goo. Personally, I’m with Sookie: I do kind of miss the sleepy Southern simplicity of the early days when people mostly hung out in Merlotte’s and Jason was generally nakeder. Anyway, this Sookie-Eric plotline ended on a poignant note when Eric gave Sookie her house back and she immediately rescinded his invitation to enter. It wasn’t a betrayal necessarily; we could tell as he gazed at her through a gauzy curtain that they’d both become resigned to the fact that it wouldn’t ever work out between them and a clean break was best. As far as breakups between monsters go, this one felt pretty mature. 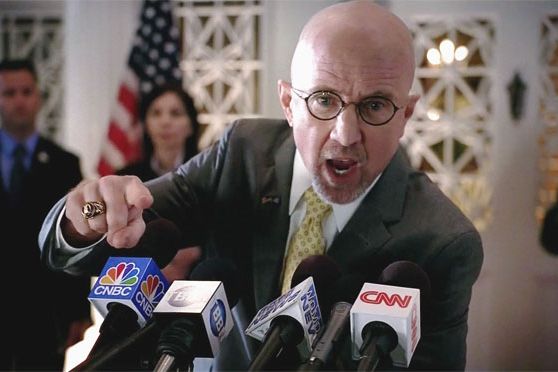 Though he literally said, “I’m not some big bad,” it seemed like the newly introduced governor of Louisiana is probably a big bad? It was one thing when he held a press conference declaring that vampires now had to stay indoors at night and also couldn’t run their own businesses, but in my opinion it was very corrupt of him to then become a silent partner in a local Tru-Blood bottling plant. Just kidding — that’s just really smart. Stack them bills, governor! 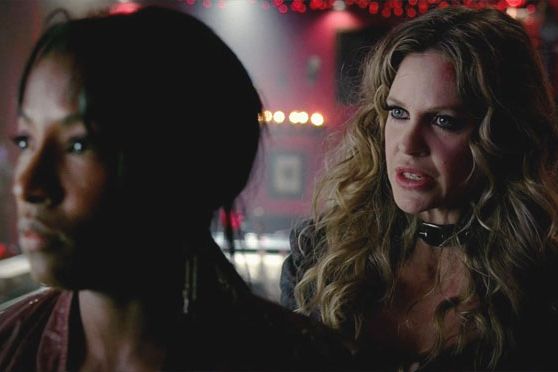 Pam and Tara’s relationship continued to be one of the best things this show has going for it. First a touching heart-to-heart on the beach led to a hard touching on the beach, then later the newly consummated romance took a turn into heartache territory when Pam told Tara that she’d never replace Eric in her heart, no, not ever. But then the governor’s goons busted into Fangtasia and shot Tara in the stomach, putting Pam’s feelings for Tara immediately to the test. Pam may have explicitly claimed otherwise, but I think theirs could be an epic romance in the making. Or whatever, I don’t know. What is love even? (Please answer in the comments.) 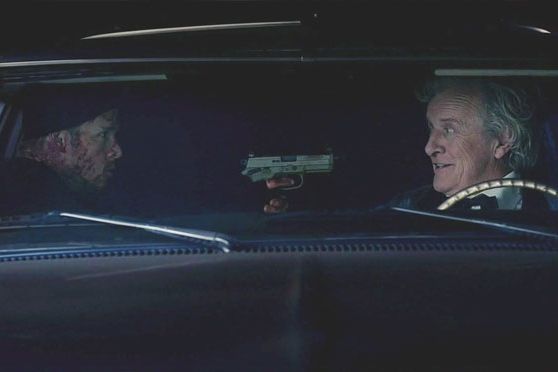 Meanwhile, Jason — formerly one of the show’s best characters, and now one of its worst — continued down his path of ghost-hastened vampire hatred. After he’d helped destroy the Authority alongside his vampire friends, he was a total dick to everybody (including Sookie) and ran off into the night, where he then hitchhiked with Rutger Hauer. This episode really wanted us to think that Rutger Hauer was Warlow, the ancient and vengeful vampire with a grudge against the Stackhouses, and Rutger Hauer’s evil cackle when Jason accused him of such didn’t really do him any favors. I don’t think he is actually Warlow, though. This was only the season premiere. Too soon, guy. 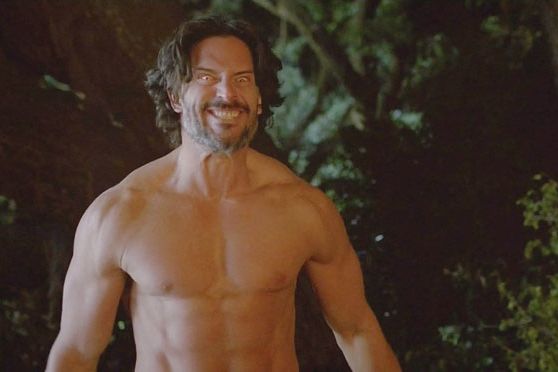 As for the several thousand other active plotlines … Ugh, Andy still had those four babies that had fallen out of an orgasming fairy the night before. His thing was, he was scared of being a single dad, but Arlene and Terry pep-talked him into changing the babies’ diapers, and a few hours later the babies became 3-year-olds. Meanwhile, Alcide pointed his bare butt at two lady werewolves and then they had a three-way. Oh, and Luna died finally. 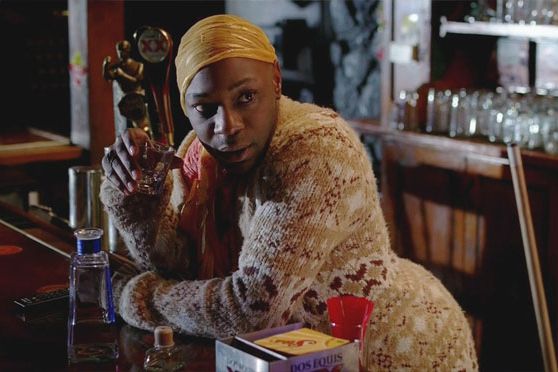 Did this episode have a coherent structure? No. Satisfying story? Nope! Was it a “return to form” or “drastic departure” from previous seasons? Trick question: This show has always been simultaneously bad and good every season. The main thing to know about season six so far is that everybody seems to be back in the same town again, plus the premiere did just enough table-clearing to suggest that some of season five’s mistakes might be corrected. But then again this show operates by no reasonable quality standards whatsoever, and it would be nothing short of foolish to expect it to reign in any of its ridiculous instincts. I don’t know about you guys, but I can’t wait to spend my summer being baffled, delighted, annoyed, and captivated by this drunken hayride. Welcome back, you filthy rascal.