Game of Thrones mastermind and LiveJournaler George R.R. Martin has taken to his blog to let everyone know that HBO’s now-iconic Iron Throne isn’t that much like the one that surfaces in his brain when his writing takes him to Westeros. “A dozen different artists have done versions of the Iron Throne over the years,” Martin writes. “Some have been very striking, some less so, but none of them have ever been quite RIGHT. Their versions never quite matched what I saw in my mind’s eye.” Martin knows the HBO version is a big deal, and pretty well done (“It’s a terrific design, and it has served the show very well. There are replicas and paperweights of it in three different sizes. Everyone knows it. I love it. I have all those replicas right here, sitting on my shelves”), but it’s just not badass enough. For that, Martin would point you to a painting by Marc Simonetti, comissioned for a forthcoming concordance titled The World of Ice & Fire. 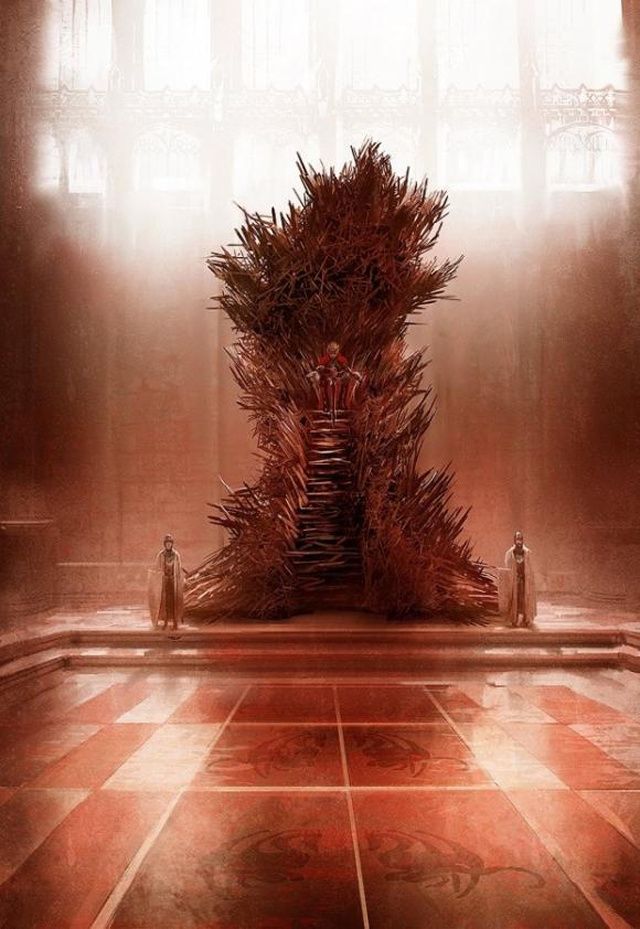 “The way the throne is described in the books… HUGE, hulking, black and twisted, with the steep iron stairs in front, the high seat from which the king looks DOWN on everyone in the court… my throne is a hunched beast looming over the throne room, ugly and assymetric,” Martin writes, also adding that the painting is only a rough version. “The HBO throne is none of those things. It’s big, yes, but not nearly as big as the one described in the novels. And for good reason. We have a huge throne room set in Belfast, but not nearly huge enough to hold the Iron Throne as I painted it. For that we’d need something much bigger, more like the interior of St. Paul’s Cathedral or Westminster Abbey, and no set has that much room. The Book Version of the Iron Throne would not even fit through the doors of the Paint Hall.” So there’s step one for whoever remakes Game of Thrones in a few decades — biggest set ever, most monstrous throne imaginable.

What Will Happen in Season 4 of Game of Thrones?