Yesterday, J.J. Abrams’s production company Bad Robot released a trailer called “Stranger,” and while it was cool-looking and intriguing, no one seemed to know what it was a trailer for exactly — it didn’t seem to fit anything on Bad Robot’s film or TV dance card. Well, consider the mystery (probably) solved: The trailer’s for Abrams’s book. 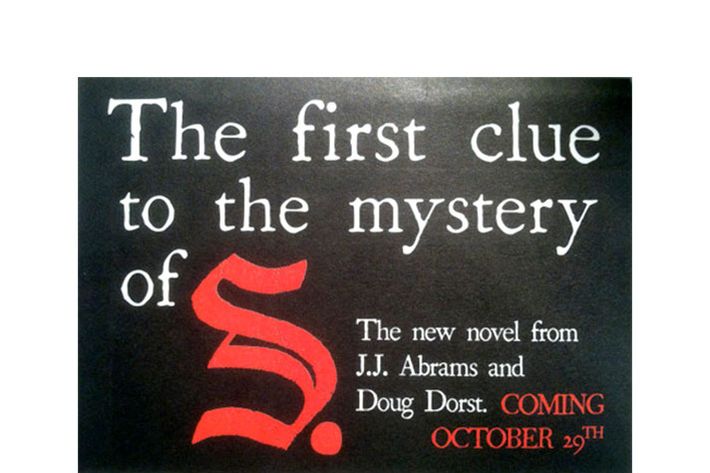 Bleeding Cool makes a very convincing argument that “Stranger” is a teaser for the book S., written by Doug Dorst but developed by Abrams. S. is supposed to come out in October, and a promotional postcard for the novel features the same type design as yesterday’s teaser. Sorry, J.J.! Consider this mystery box opened.

+Comments Leave a Comment
J.J. Abrams’s Mystery Trailer Is for a Book