All week, Vulture has been celebrating the lasting joy bestowed upon us when FOX launched The O.C. in 2003, but the ensuing decade has not been as kind to some of the network’s other fare from that era. I know this because, while putting together Vulture’s quiz about The O.C. (how’d you score?), I worked off a copy of the show’s first season that had been recorded off the original broadcast feed. Along with all of the soap’s now-quaint early-aughts references (at one point, Zach asks Seth to hit him up with some JPEGs later), the recordings opened another window into that moment in time via the obtrusive cross-promotional ads that FOX frequently plastered on the lower third of the screen. The network used the space to pimp everything from its household staples American Idol and The Simpsons to buzzy new fare such as Arrested Development and Wonderfalls; more hilariously, FOX attempted to hoist the offensive and oft forgotten Playing It Straight on the highly-rated shoulders of Ryan Atwood and friends.

To cap off Vulture’s tribute to The O.C., here is the full list of every program FOX advertised during the first season of The O.C.

The Mainstays
Throughout the season, FOX’s heavy hitters were given their fair share of screen time. The behemoth singing contest American Idol received multiple plugs in 2003, including one promoting a Christmas special and another hawking the “Uncut, Uncensored, and Untalented” special that used William Hung as its icon. 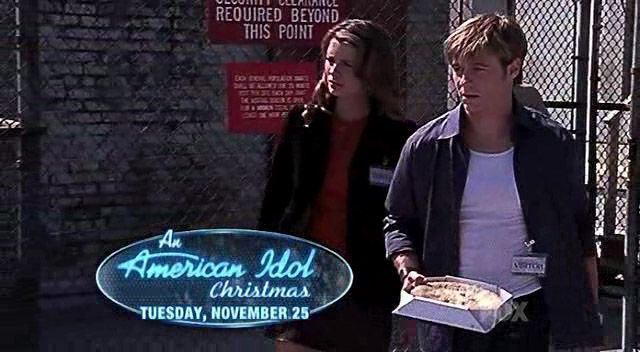 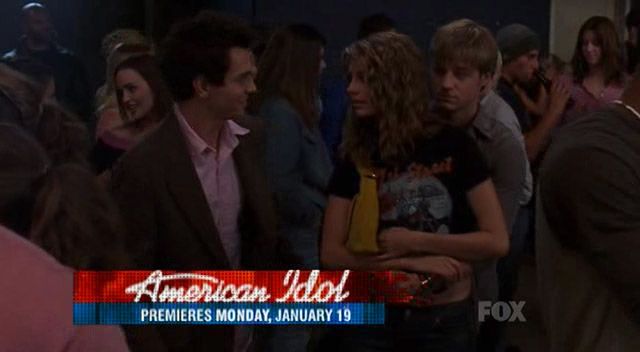 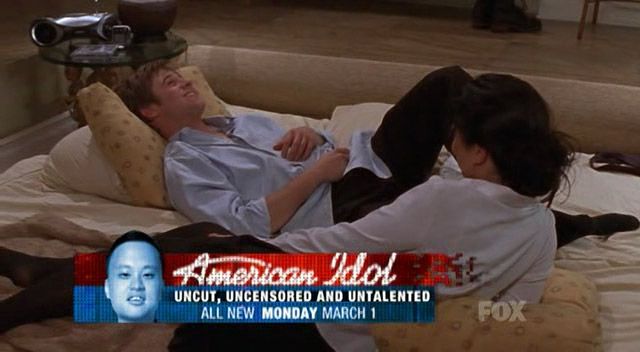 COPS, The Simpsons, and King of the Hill also got plenty of love. 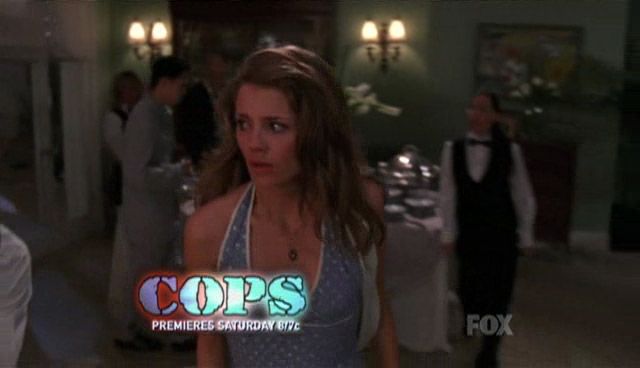 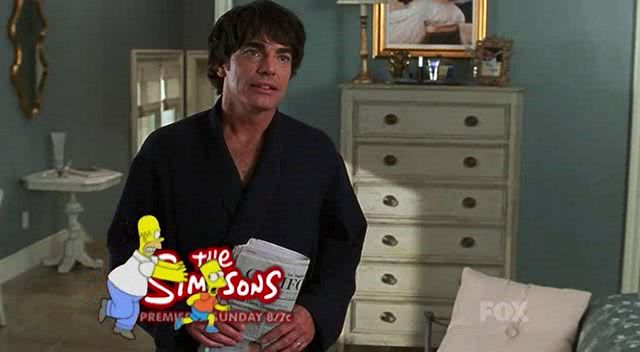 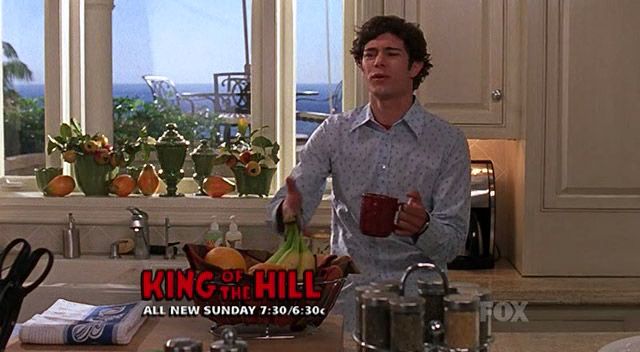 The Hour-Longs
Well-known dramas like 24 and Boston Public continued to make the advertising rounds, along with Bryan Fuller’s cult favorite Wonderfalls and the fascinating but flawed Tru Calling (a show so ratings-deprived that even Jason Priestley’s guest-starring arc was dangled). 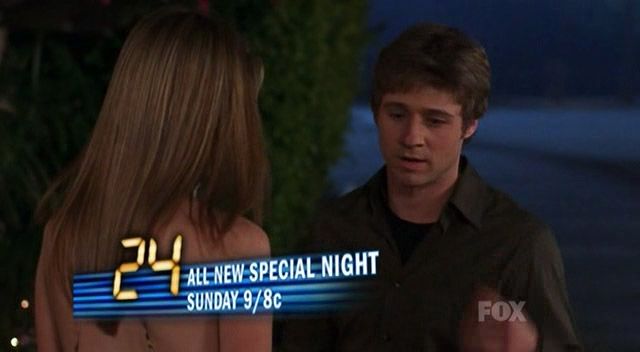 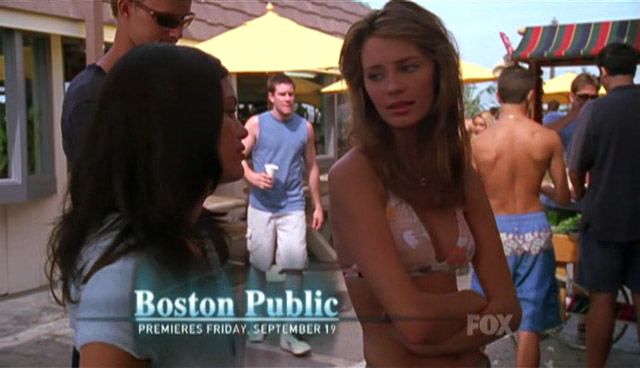 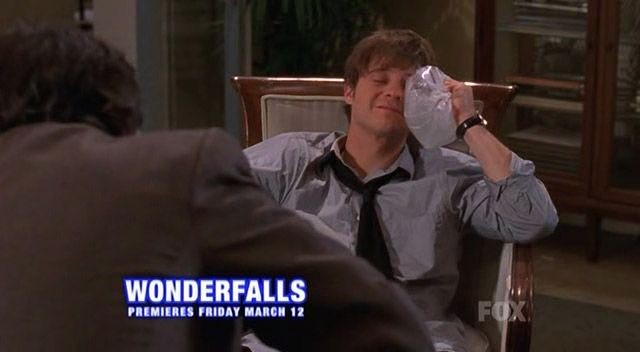 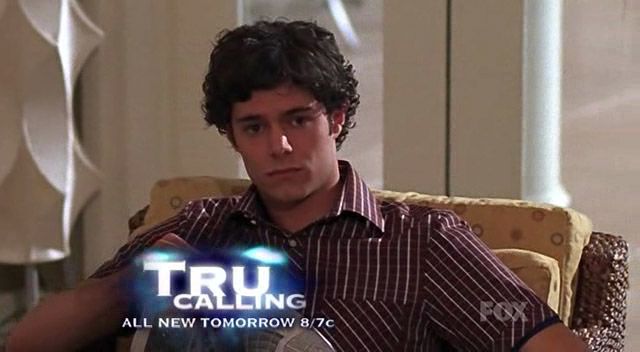 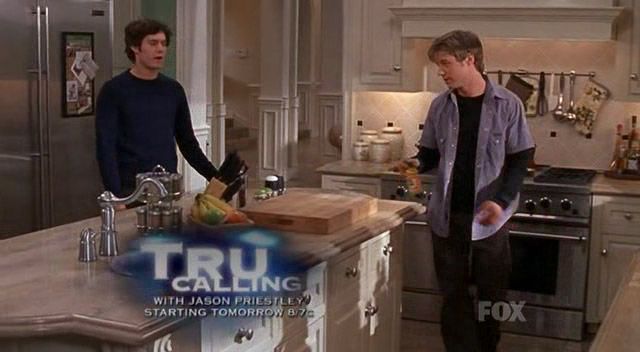 The Sitcoms
While 2003 was the magical year that brought us Arrested Development, it also brought us Wanda at Large and its wacky premise that finds Wanda Sykes playing a stand-up comedian recruited to be a correspondent on the fictional political talk show The Beltway Gang. Fun! 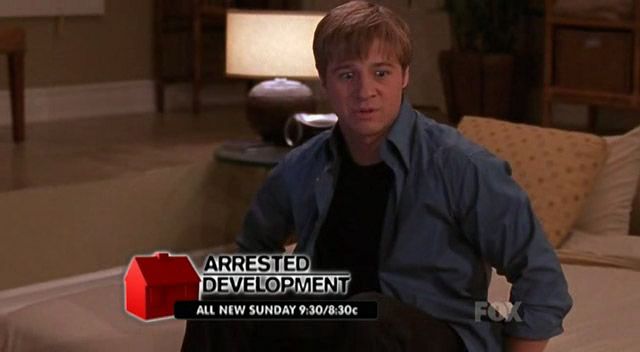 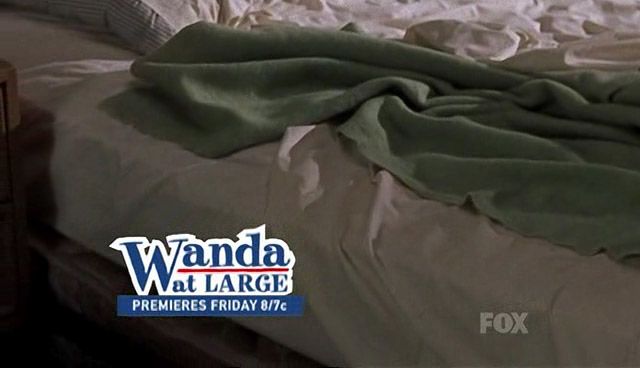 The One-Offs
Two one-time-only events were advertised during The O.C.: the broadcast premiere of Dr. Dolittle 2 and the 2003 Billboard Music Awards. (A revealing glimpse at the latter: 50 Cent nabbed Artist of the Year, Beyoncé was crowned New Female Artist of the Year, Duo/Group and New Duo/Group of the Year went to 3 Doors Down and Evanescence, respectively.) 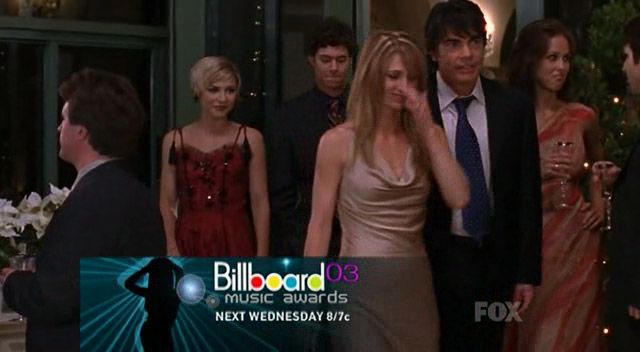 The Game Shows
Remember Performing As… (contestants would sing as their favorite artists) and Celebrity Spelling Bee? Now you will. 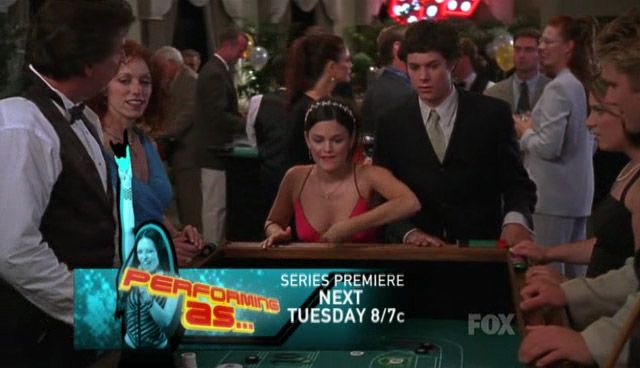 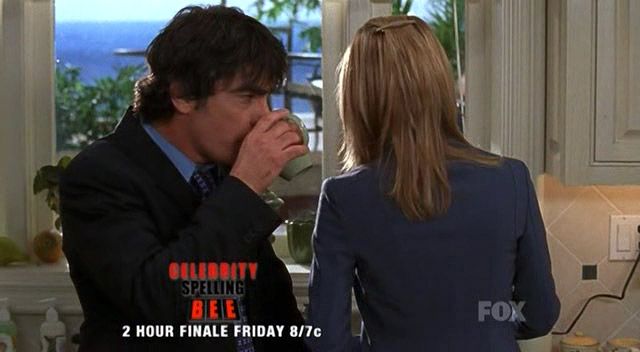 The Reality Shows
Last but not least: reality, the most cringe-worthy genre of FOX programming that happened during the 2003-2004 season. We were blessed with such beautiful garbage as The Simple Life, My Big Fat Obnoxious Fiance and The Next Joe Millionaire. (That last one pimped via an animated ad featuring gold-digging brides chasing a groom! Cool! Not offensive at all!) 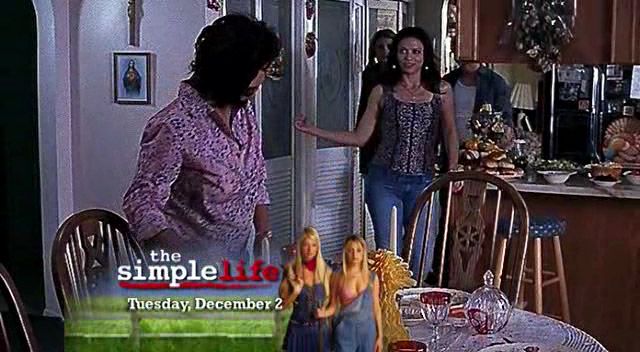 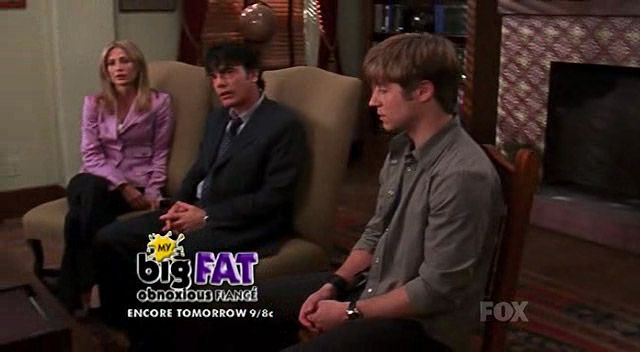 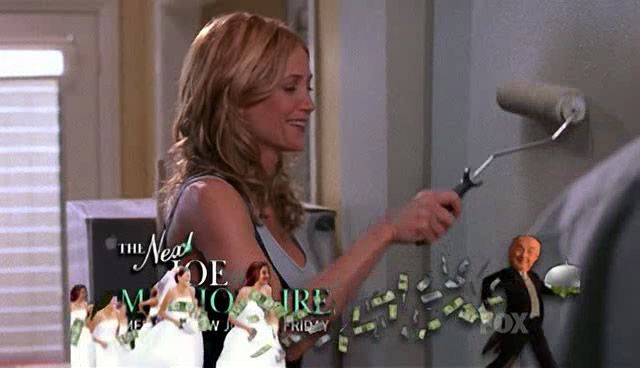 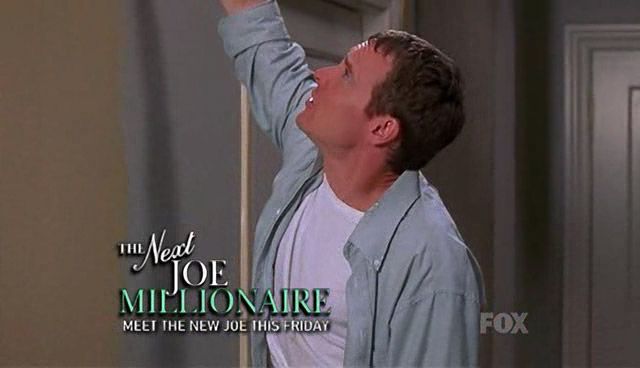 And then there were four oddly contrived “dating” shows: Temptation Island 3, the too-similar Paradise Hotel, and the ludicrous Forever Eden, as well as the most ridiculous reality show of them all (and possibly ever), Playing It Straight. That corker sequestered a lone female contestant on a ranch with a bunch of eligible bachelor dudes, only there’s a catch: Some of them are only pretending to be straight, and each week, she eliminates the guys she suspects of being gay. 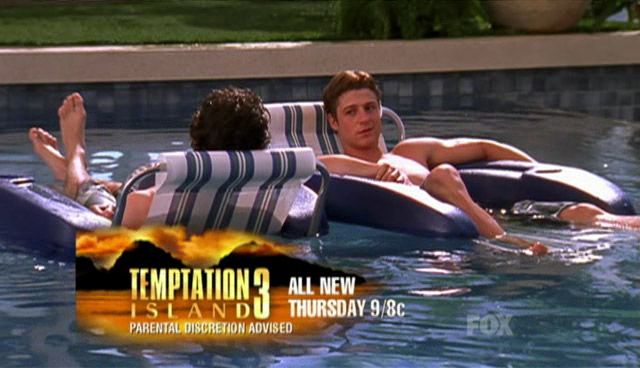 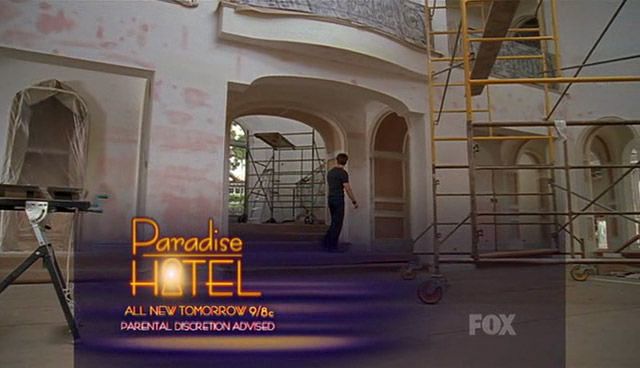 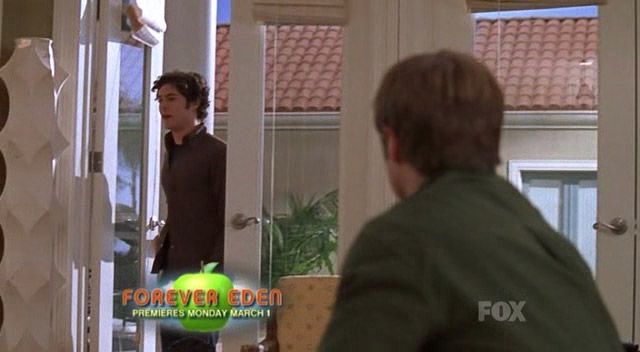 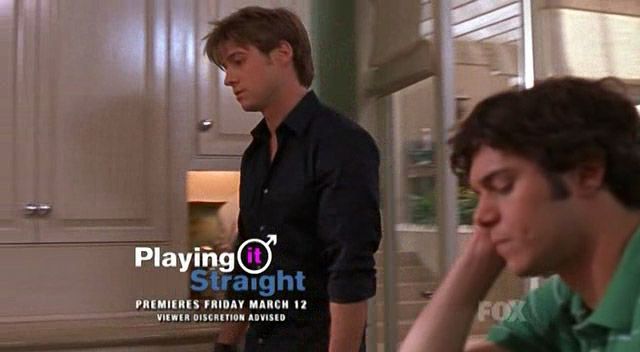 +Comments Leave a Comment
Every Promo Fox Aired During The O.C. Season 1

manchester's finest 2:13 p.m.
Liam Gallagher Hops Aboard His Own ‘Magic Bus’ His maraca-infused track, “World’s in Need,” was inspired by the Who.
exes 1:02 p.m.
Kate Moss Will Testify Wednesday in Johnny Depp’s Trial The supermodel is expected to discuss her romantic relationship with Johnny Depp.
cannes 2022 1:01 p.m.
The ‘Eat the Rich’ Comedy Making Cannes Say ‘Blech!’ In Triangle of Sadness, Ruben Östlund rubs audiences’ noses in shit. They love him for it.
By Nate Jones
decisions decisions 12:15 p.m.
Everything to Consider When Making a Comedy Special Special Aside from what jokes to tell.
By Kathryn VanArendonk
vulture 10x10 12:00 p.m.
The Hazza Puzzle 33-Across, Five Letters: Hitchcock role in a Hitchcock film, e.g.
beginning times fun 12:00 p.m.
The Special Special Stand-up isn’t just getting prettier onscreen. It’s growing up as a distinct art form.
By Jesse David Fox
vulture lists 11:00 a.m.
The Cast of Downton Abbey’s Most Un-Downton TV and Movie Roles Michelle Dockery as a prosecutor, Lily James as Pamela Anderson, and much more.
brilliant! 11:00 a.m.
Peaky Streamers: A Guide to the Best Services for British Movies and TV Acorn, BritBox, and plenty of other places for Anglophiles to get their fill.
trailer mix 10:36 a.m.
Freak Out! Over New Bowie Footage in Moonage Daydream The first estate-approved David Bowie film featuring his music.
vulture picks 10:30 a.m.
26 Notable New Releases Over the Next Two Weeks Slow Burn returns, Stranger Things season four, Bon Iver at Forest Hills, and more.
trailer mix 10:22 a.m.
Mission: Impossible 7 Trailer — Tom Cruise Yelled at His Crew for This? The mission? Impossible. The reckoning? Dead. The part? One.
overnights 10:22 a.m.
90 Day Fiancé Recap: Everyone Is a Kid Again Have you ever seen so many couples become petty and immature so quickly?
in conversation 8:00 a.m.
Melanie Lynskey Felt Like a Hollywood Misfit After debuting at 17, the actress was lost in the industry. “I kept getting reminded I was not the things you needed to be.”
By E. Alex Jung
last night on late night Yesterday at 11:07 p.m.
Watch Lil Jon Give Musical Opinions on WWHL Is he Team Stallion or Team Cardi? Reba or Shania?
overnights Yesterday at 10:30 p.m.
Barry Recap: F– –k the Algorithm A solid but disjointed episode unveils an array of ghosts from the past.
theater review Yesterday at 9:55 p.m.
Who Killed My Father: Elegy Saturated With Cliché Édouard Louis’s memoir has been bizarrely and frustratingly staged.
overnights Yesterday at 9:01 p.m.
Gaslit Recap: Who’s Gonna Accept All This Watergate Blame Already? Just when things were going so well for John Dean …
overnights Yesterday at 9:00 p.m.
The Real Housewives of Atlanta Recap: Legs and Hips and Broadway The ladies and their men head to New York City at Kandi’s very characteristic invitation.
another one Yesterday at 7:00 p.m.
Kourtney Kardashian and Travis Barker Got Married (Again) (Again) Sealed with the Kris of approval.
obits Yesterday at 6:53 p.m.
Legendary Sci-fi Concept Artist Colin Cantwell Dead at 90 He designed the X-Wing, A-Wing, Star Destroyer, and TIE Fighter, and the Death Star’s trench.
More Stories