Everybody knows that science is the darkest of dark arts. Like a powerful but untrustworthy djinn, Mother Science grants us our inventions and innovations but then unleashes terrifying unforeseen consequences. We’ve seen this happen again and again: You want to clone an extinct animal? Guess what, a T-Rex just ate San Diego. Communicate with an extraterrestrial race? Whoops, a sexy femalien just busted her tongue through the back of your skull. Develop nanotechnology to, I don’t know, cure cancer? Hate to break it to you, but a swarm of nanobots just erupted from a crashed satellite, invaded a Bulgarian zoo, and transformed a crocodile into a terrible CGI robot with a thirst for murder. When will we learn?

Friends, that last example was more than just a chilling hypothetical. It was also the premise of RoboCroc, Syfy’s most thought-provoking cautionary tale since Sharknado. Don’t let the cryptic symbolism of the title fool you, RoboCroc is actually about a robotic crocodile. Depending on your definition of the word documentary, RoboCroc is a documentary that stars Parker Lewis from Parker Lewis Can’t Lose (Corin Nemec) as a “suave zookeeper” who butts heads with the mom from E.T. (Dee Wallace) when her government-created nanobots turn his favorite crocodile into a robot that goes on a rampage in a Bulgarian zoo-slash-waterslide-park-slash-ATV-course. In other words, RoboCroc is an important film. Here are its nine best moments! 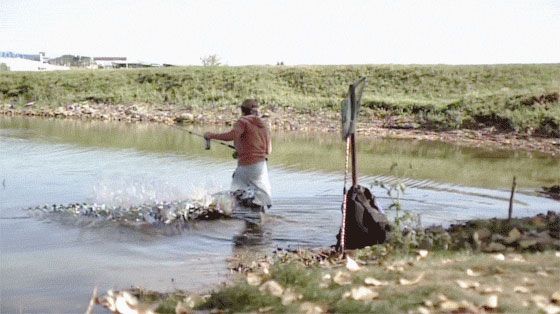 After what felt like hours and hours of boring setup involving space debris and a dead-eyed Parker Lewis flirting with a sexy lady biologist, the first interesting thing to happen in RoboCroc was when a drunken fisherman ambled into a lagoon and got ATE. But if we’re being real, the most surprising thing about this scene was the revelation that somewhere there exists a zoo where people can go fishing. Man, that’s some next-level zoo stuff. Did this zoo also have a bear exhibit that allowed patrons to throw razor Frisbees? RoboCroc didn’t say. 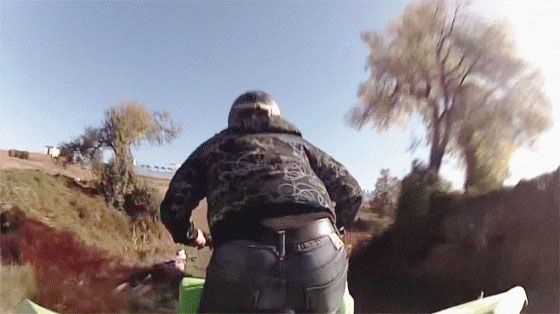 What this zoo DID have was an ATV track. And as it turned out, RoboCrocs do NOT care for this particular outdoor activity. 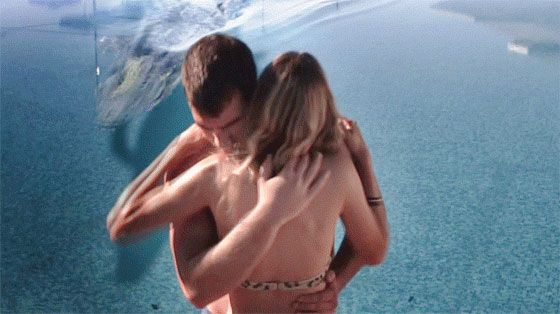 Meanwhile, at the zoo’s waterslide park, a loose RoboCroc chased away dozens of pasty, doughy Bulgarian extras until only a few American-accented teens remained, one of whom was Parker Lewis’s son, a sort of malnourished Justin Bieber type. Anyway, in this scene the resident teen bully got ate up by RoboCroc. You might be wondering at this point why a robotic creature keeps eating humans and how exactly its digestive system even works. This was another area RoboCroc didn’t expand upon. 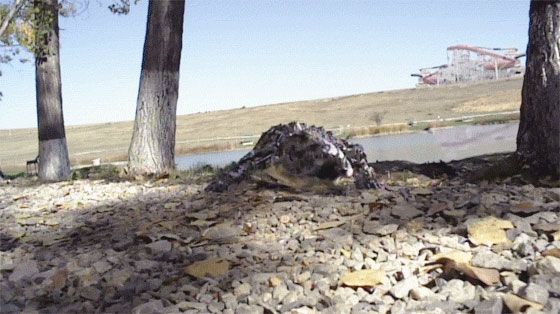 Here comes RoboCroc! Guys, RoboCroc is definitely one of those movies that consists of about 85 percent scenes of former celebrities sitting in a dark control room pretending to stare at screens and then maybe 2 percent monster carnage. But that just made every RoboCroc scene even sweeter, you know? Every RoboCroc moment was a treat. 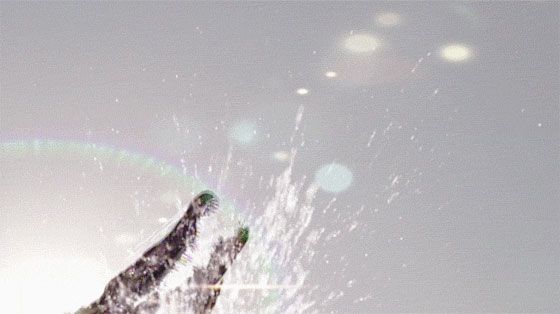 THE MONEY SHOT. RoboCroc jumped out of a lagoon and THROUGH a helicopter! With a lens flare and everything! Truly a glorious moment for RoboCroc herself and also for cinema in general. 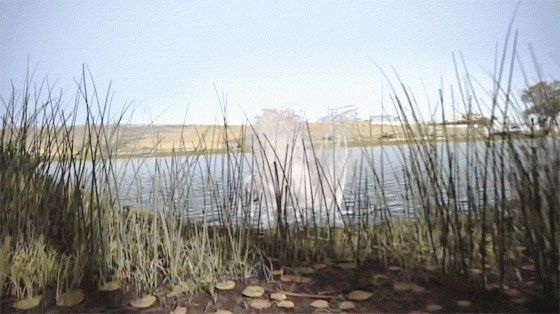 Okay, the RoboCroc was just showing off at this point. Like, we get it, RoboCroc. You are getting shinier by the minute, but you’re still a jerk. 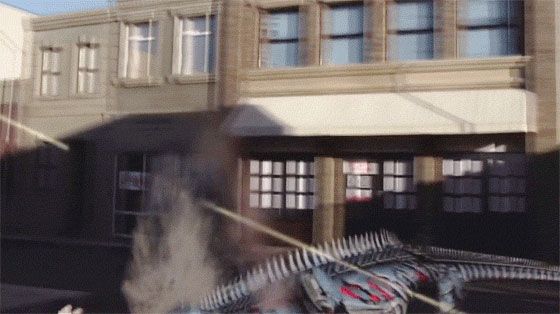 Even though the mom from E.T. really wanted RoboCroc to just rampage freely, eventually the military disagreed and started firing guns and missiles at RoboCroc. But as you can see, it took more than military-grade munitions to keep this girl down. 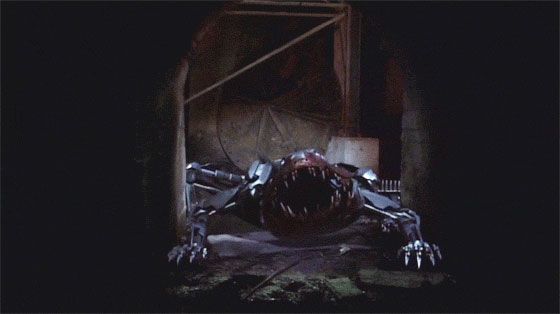 Then RoboCroc escaped into the town sewer, and, for whatever reason, all of the characters took to the sewers as well. Next thing we knew, Parker Lewis and sickly Justin Bieber and the mom from E.T. were all creeping around in a sewer while this enormous, clattering machine snuck up on people, silent as a ninja. 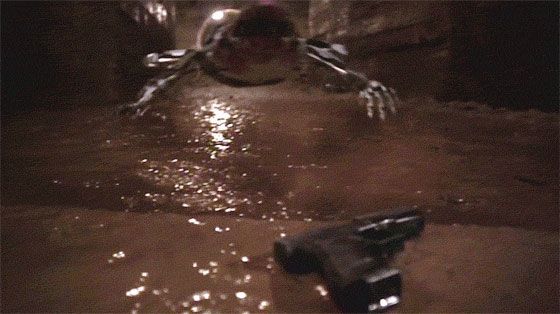 The finale was poorly lit and confusing, but it definitely involved the mom from E.T. getting dragged across the sewer floor by RoboCroc. That’s called karma. But then Parker Lewis threw an EMP bomb directly into RoboCroc’s mouth and destroyed RoboCroc once and for all. Good-bye for now, RoboCroc. May you someday be resurrected as a nanobot-enhanced crocodile GHOST.

Guys, RoboCroc was not very good. I just wanted to be clear on that. It was not great. However, credit where credit’s due: RoboCroc did speak truth to power about the dangers of science, and, frankly, it was about time. Literally thank you, Syfy.

sundance 2023 37327 seconds ago
A Complete List of Films Sold at Sundance 2023 (and Their Price Tags) MTV Documentary Films picked up The Eternal Memory.
into it 4 mins ago
When Your Show Can Only Be Seen at Cruising Altitude Claudia Forestieri’s show was pulled from HBO Max — now the only way to watch Gordita Chronicles is on American Airlines or JetBlue.
new music friday 12:04 p.m.
Just Who Did Rita Ora Get for Her New Music Video? And why did they say yes to this?
vulture 10x10 12:00 p.m.
The In-Laws Puzzle 4-Down, Five Letters: Movie starring a 13-year-old Kristen Stewart.
overnights 12:00 p.m.
Shrinking Recap: Everything Goes My Way Shrinking’s ensemble gets more time to shine.
infected 12:00 p.m.
The Last of Us Spawns a Second Season (of Pedro Pascal) HBO saw our thirst and gave the people what they want.
the jlowicc 11:21 a.m.
An Attempt to Make Sense of the Jennifer Lopez Wedding Industrial-Complex Canon The JLOWICC is a complex universe filled with dead mothers, worried best friends, sad dinners, and machetes.
By Rachel Handler
backstories 11:07 a.m.
The Long, Odd History Behind the Arcs’ Lost David Berman Collaboration “Song could be about severe self doubt, isolation, paranoia, loneliness, etc. All the good stuff!”
chat room 10:49 a.m.
Debra Jo Rupp Would’ve Liked to Do ‘a Little More’ on That ’70s Show “We had a lot of male writers. I understood that.”
health updates 10:48 a.m.
Jay Leno Broke Several Bones in a Motorcycle Accident His CNBC show Jay Leno’s Garage will end so he can recuperate.
my single is dropping 10:33 a.m.
Rosalía Is Down Bad in New Single ‘LLYLM’ Short for “lie like you love me.”
tv review 10:00 a.m.
Shrinking Desperately Wants You to Like It The new Apple TV+ comedy starring Jason Segel and Harrison Ford is as needy as its protagonist.
album review 9:00 a.m.
Sam Smith Toes the Line on Gloria The singer’s new album is sharp, occasionally cringe-y, and full of heartfelt schmaltz.
sundance 2023 8:00 a.m.
As Seen at Sundance The talk of the ski town at this year’s film festival.
By Rebecca Alter and JJ Geiger
overnights 8:00 a.m.
Shrinking Series-Premiere Recap: Psychological Vigilante What happens when a therapist gets tired of incremental self-improvement and speeds up everyone’s mental health journey? Let’s find out!
the grub street diet 6:00 a.m.
Sylvan Esso’s Amelia Meath Wants the Weird Appetizers “If there’s a bad app, I’ve gotta try it.”
By Alan Sytsma
what dreams are made of 1:47 a.m.
Hilary Duff Is Still ‘Optimistic’ About a Lizzie McGuire Revival You hear that, Disney+?
my music video is dropping 12:10 a.m.
Obviously, There’s a Lotta Lavender in the ‘Lavender Haze’ Video It is once again time to meet Taylor Swift at midnight.
have mercy 12:01 a.m.
Chlöe’s ‘Pray It Away’ Video Takes Us to Church The lead single off her upcoming debut album, In Pieces.
it starts with this Yesterday at 8:59 p.m.
The It Ends With Us Movie Ended Up Casting Blake Lively Justin Baldoni will also star in and direct the adaptation of Colleen Hoover’s best seller.
More Stories