Say what you will about Breaking Bad’s Todd; at least he never made Jesse dress up in a skimpy slave-girl outfit.

Still, the general consensus the day after the unsettlingly polite psychopath met his end at the chained hands of the captive Mr. Pinkman seems to be: most-satisfying TV death ever.

Thirty years ago, the demise of another menacing mercenary inspired a similar fan reaction, when an enslaved Princess Leia wrapped her shackles around the fatty neck of the foul Jabba the Hutt in The Return of the Jedi and yanked hard, much like Jesse did with Todd. 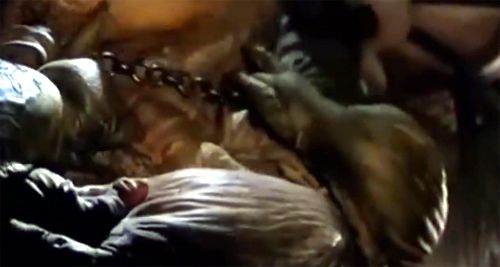 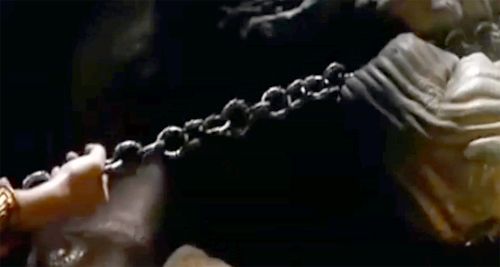 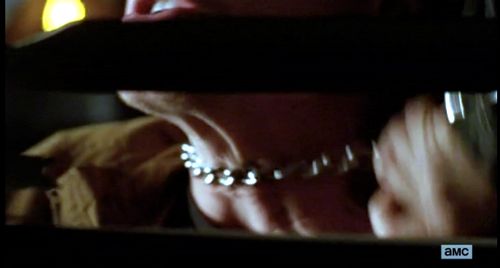 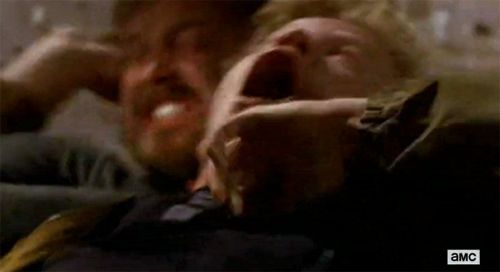 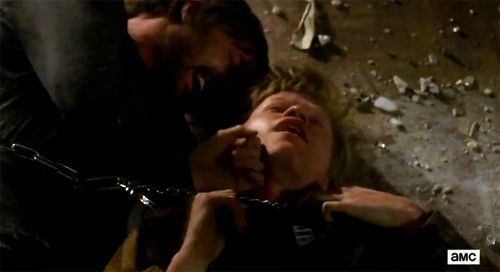 We’ll admit that the similarities pretty much begin and end right there. If only Todd’s tongue had been a part of his death face! Still, it’s food for thought — a salacious crumb (zing!) allowing us to create GIFs linking the universes of Breaking Bad and Star Wars.