If you don’t want to know what’s on R. Kelly’s grocery list, stop reading right now. But that’s the most pointless sentence ever written, because everyone wants to know what’s on R. Kelly’s grocery list. As you probably know, R. Kelly believes he can fly. And he believes he can touch the sky. But according to this grocery list — an actual handwritten shopping list procured by a recent visitor to the R&B singer’s home and forwarded to Vulture — R. Kelly also believes that “Go Gurts” are a critical part of his diet. And that’s just the tip of the R. Kelly grocery list iceberg.

A few things to take away from R. Kelly’s grocery list: 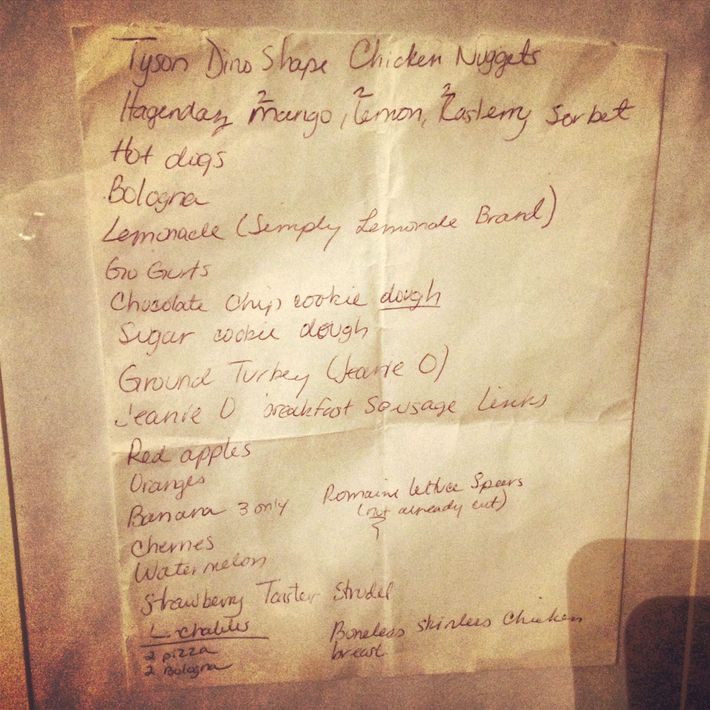