Each week, American Horror Story manages to add a new layer of craziness atop its already perverted foundation. But since this is a show that gave Anne Frank a frontal lobotomy last season, the antes need to be upped with regularity. If you’re watching this at home and not yelling, “WHAT THE FUUUUCK!” at your television, I don’t know what to tell you. This week’s episode was particularly insane, too. Let us reflect on its five most WTF moments.

5. TROPHY KILL
What happened? We learned that Kyle’s mother had been molesting him before the tragic bus accident, so when he was brought back from the dead as Zombie Kyle, he murdered her with a trophy.
OMG WHAT?!? Yeah, and his mother was Mare Winningham with a labret piercing.
Was it scary? Totally! Labret piercings are awful. 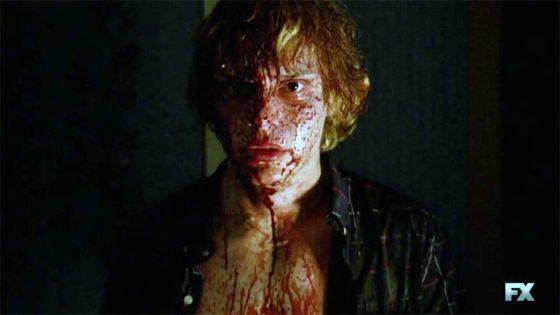 4. MINOTAUR OF LOVE
What happened? Queenie might have had sex with Marie Laveau’s Minotaur man.
OMG WHAT?!? It’s unclear how their “romance” concluded, but Queenie masturbated in front of him, and things went pretty weird from there.
Was it scary? Yes. (But why can’t that poor guy just take the bull’s head off of his own head at this point?) 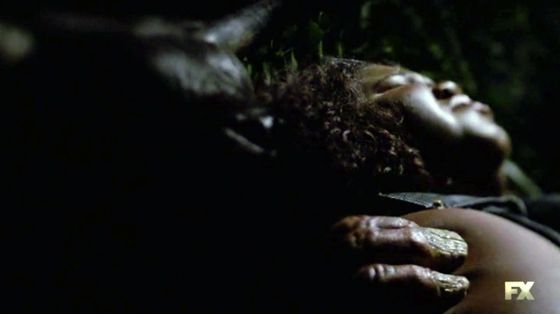 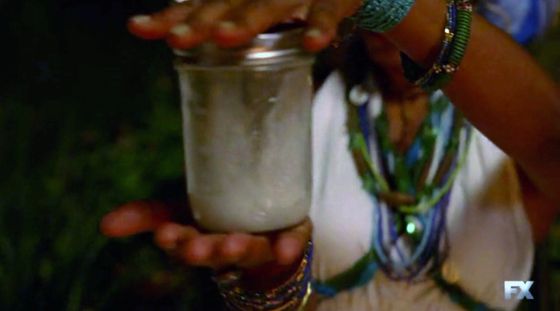 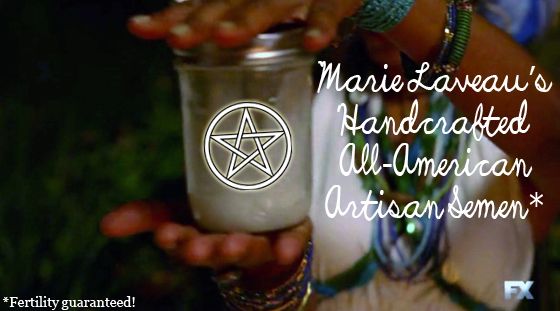 2. THROAT CROP
What happened? Fiona killed Madison.
OMG WHAT?!? Witch Fiona discovered that Madison was most likely next in line to be “the Supreme,” slowing sucking Fiona’s powers and eventually taking her spot as Top Witch.
Was it scary? Yes. (Will Madison come back from the dead? Duh.) 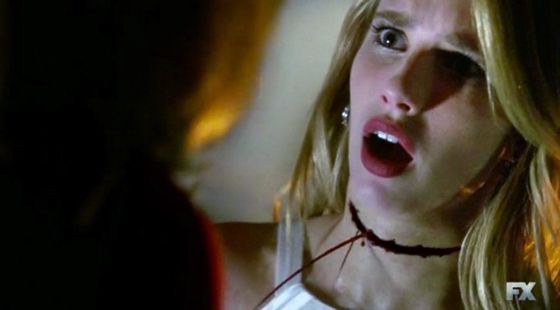 1. WHAT A CARD
What happened? Marie Laveau plays iPad Solitaire.
OMG WHAT?!? Yeah, you’d think she was pretty busy with all that spell casting and ritual performing on top of running a successful hair salon business.
Was it scary? Pretty scary for her overall productivity. 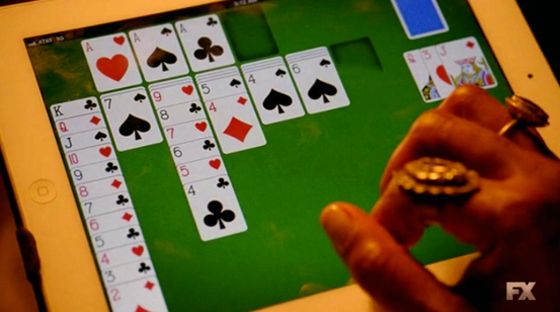 playing the villain 24 mins ago
The Boys College Spinoff, Gen V, Promises a Superhero Euphoria And we have a very bloody first look.
reunions 12:32 p.m.
Is It True? SNL Gave Us a Kenan & Kel Reboot Sketch We’ll drink some orange soda to that.
chat room 10:35 a.m.
Sex Lives of College Girls’ Pauline Chalamet Defends Kimberly’s Choice “When we’re 18, we’re allowed to start making decisions as adults without fully understanding the ramifications.”
new music 10:15 a.m.
SZA Puts Fans on Alert, Announces New Album S.O.S She revealed the release date during her SNL performance.
mom-ologues 10:03 a.m.
Keke Palmer Turned Her SNL Monologue Into a Pregnancy Reveal Baby, this is Keke Palmer’s baby bump.
trailer mix Yesterday at 4:37 p.m.
Watch the Trailer for HBO’s The Last of Us It’s reluctant sci-fi father figure number two for Pedro Pascal.
coming soon Yesterday at 2:21 p.m.
DC Studios Releases First Look at Blue Beetle’s Alien Scarab Cobra Kai’s Xolo Maridueña will star as the DCU’s first Latinx superhero in Blue Beetle.
art is a prank Yesterday at 1:22 p.m.
Art Basel Is Trolling the Rich Again From the makers of “Banana Duct Taped to Wall” comes an ATM that ranks your wealth.
gma3 goss: what you need to know Yesterday at 12:57 p.m.
This Good Morning America Drama Is Better Than The Morning Show GMA3 co-anchors T.J. Holmes and Amy Robach have reportedly been dating for who knows how long.
tv review Yesterday at 10:00 a.m.
Michael Shannon and Jessica Chastain Make George & Tammy Sing The stars take what could have been a run-of-the-mill music biopic and infuse it with passion.
christmas music Yesterday at 9:00 a.m.
The 10 Best Versions of ‘Winter Wonderland’ The idiosyncratic yet charming classic that everyone from Ella Fitzgerald to Selena Gomez can agree on.
humbled Yesterday at 2:00 a.m.
John Krasinski’s Kids Think He’s Just Some Guy Who works in an actual office, and whom Emily Blunt married “out of charity.”
overnights Dec. 2, 2022
We’re Here Recap: ‘And I Am Telling You I Am Not Going’ A stop in Jackson, Mississippi, yields oceans of tears and a standout performance.
bye twitter Dec. 2, 2022
All the Celebs Who Left Twitter “This place is a mess.”
her man her man her man Dec. 2, 2022
Cher Knows Her New Relationship Might Seem ‘Kind of Ridiculous’ She’s 40 years older than her “fabulous” new boyfriend, Alexander Edwards.
never again Dec. 2, 2022
Hellboy Taught David Harbour ‘Not to F- - - With’ Beloved IP A hell of a lesson.
tributes Dec. 2, 2022
The Music Industry Mourns Fleetwood Mac’s Christine McVie Even Bill Clinton said goodbye to the Songbird.
gma3 goss: what you need to know Dec. 2, 2022
Sorry, Were We Interrupting Something on GMA3? T.J. Holmes and Amy Robach were a giggly duo of hosts for the first time since news of their relationship broke.
villainous behavior Dec. 2, 2022
Los Espookys Canceled by HBO, Enemies of the Moon HBO needs to sit in the corner and think about what they’ve done.
oscar futures Dec. 2, 2022
Oscar Futures: Is the Academy Ready to Forgive Will Smith? He’s banned from the ceremony for the next ten years, but could Will Smith nab a nomination for Emancipation anyway?
By Nate Jones
More Stories