Just in case you’re still thinking about the finale of Breaking Bad — some of us are, right? — a helpful Redditor has posted photos of the final two pages of the “Felina” script. While the shots are of course what we saw in the episode, some of the descriptions add new depth. 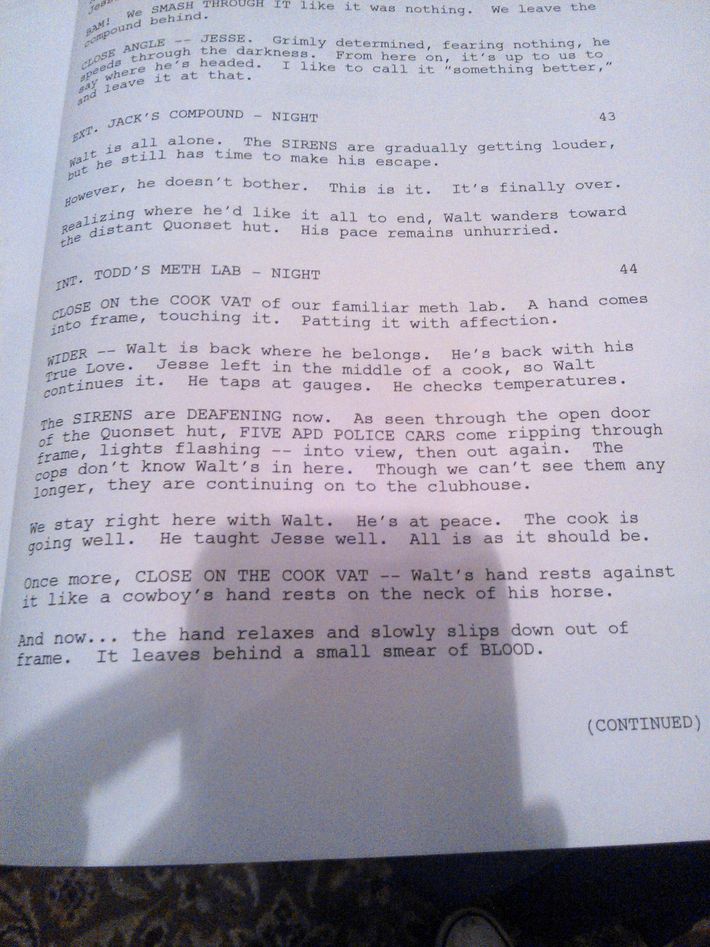 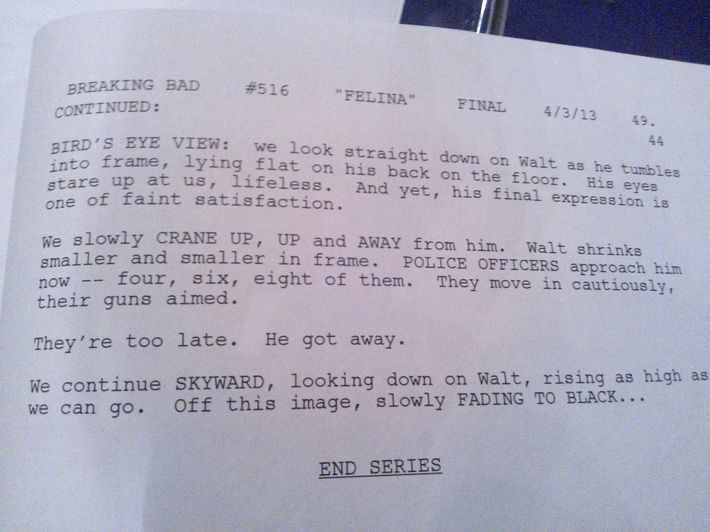 On the shot of Jesse driving away: “From here on, it’s up to us to say where he’s headed. I like to call it ‘something better’ and leave it at that.”

On Walt walking through the Nazis’ lab: “Walt is back where he belongs. He’s back with his True Love.”

On the close-up on the vat: “Walt’s hand rests against it like a cowboy’s hand rests on the neck of his horse.”

The script also describes Walt’s “final expression” as “one of faint satisfaction.”

There you have it!