The start gun has been fired; the Oscar race is well underway. At this point, every week a new movie will come out that is vying for at least one or two nominations. However, there’s one star from earlier in the year still fighting to get into the mix: James Franco. A24, Spring Breakers’ distributor, is continuing their legit push for James Franco’s dynamic performance as Alien, producing for-your-consideration ads with quotes and everything. It’s not a completely absurd idea, considering generally how well reviewed and talked about Franco’s performance was and how successful the film ended up being (grossing $14 million domestically and $32 million worldwide). 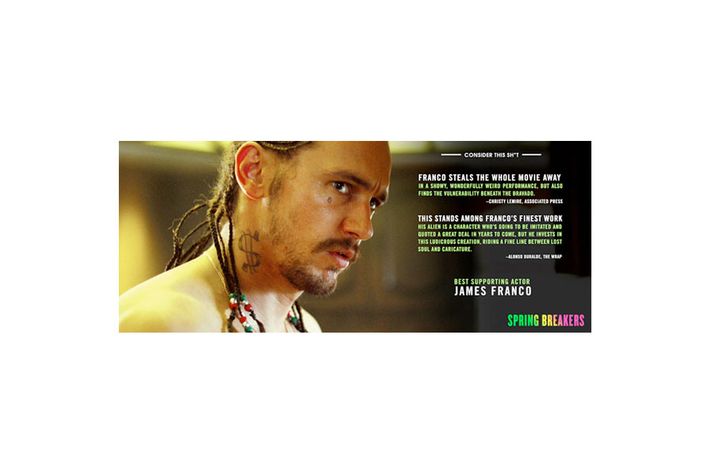 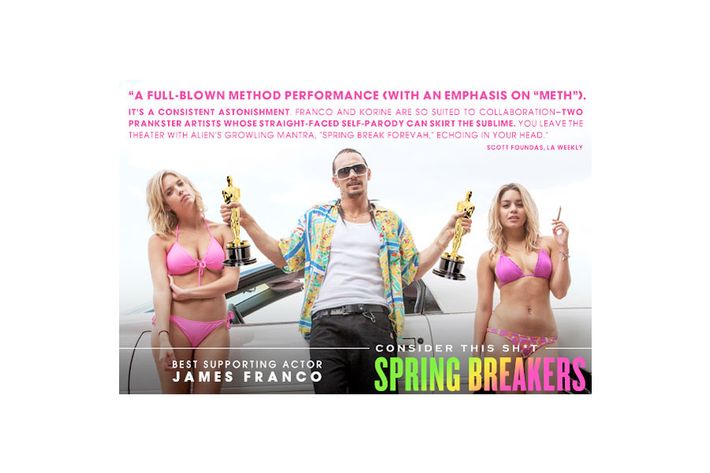 Speaking of James Franco acting, he released a trailer for his first novel, Actors Anonymous, on EW.com. In it, he and other actors portentously talk about being an actor and say things like, “I used to care about how I looked. Now I don’t care so much. Maybe it’s because I’m so handsome.” It is.