You’d think, after all the carnage of the last episode, that Sons of Anarchy would take it easy this week. Maybe regroup, lick its wounds. But there’s no time for mourning in SAMCRO, and in this week’s episode, the club suffered the biggest loss of the season. Here’s what we learned from last night’s explosive episode of Sons of Anarchy.

Chekhov’s Shamrock Pen: There were a few scenes this episode of Jax and his brothers chasing Irishmen through warehouses. While the action seemed wholly consistent with the fast-paced world of Sons, the scenes also neatly set up the explosion in the final act. In the first scene, after stabbing a man in the left hand, Jax thrusts a shamrock pen into his right and demands an address. The second chase scene takes place in a beer distribution warehouse in Lodi. Those are the tell-tale pens and kegs that roll in the end of the episode. “Another fine Irishman brought down by the bottle,” Chibs said. Very nearly. 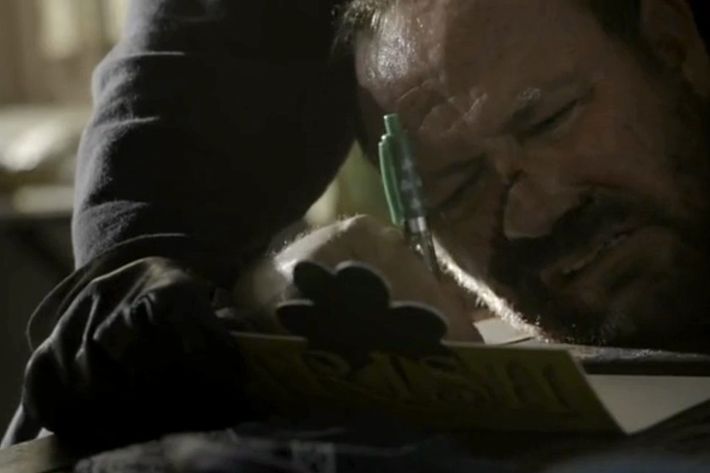 The Many Advantages to a Fake Pregnancy: I still very much believe Tara is faking her pregnancy. In fact, I’m convinced that everything is so terrible and her fear for her children is so great that if she were pregnant, she would terminate the pregnancy. But a fake pregnancy? Well. That gives her a lot of power and leeway. First of all, Gemma is way less likely to go around punching Tara in the uterus now that she thinks she has a new grandbaby in there. Secondly, Tara gets Jax to let her go meet with Lowen at the hospital because being around Gemma is “too much anxiety for the first trimester.” Man, I hope she milks this thing all the way to freedom. 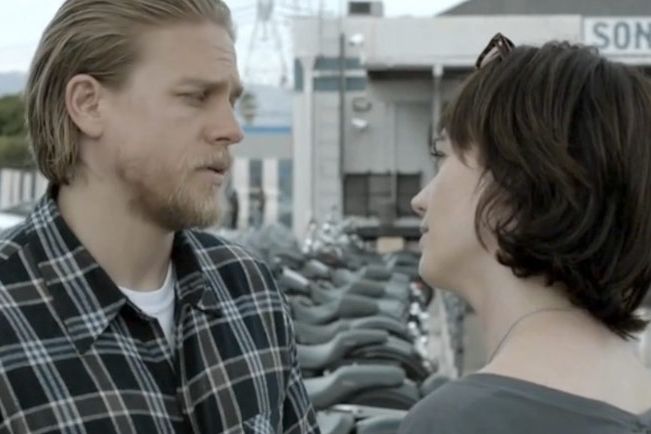 I’m Not Liking Nero’s Odds: There has already been plenty of violence and death this season, so I’m not saying we need another major death, but anytime a character is as beloved as Nero, I start to get nervous. He’s precious to both Jax and Gemma, and in the stinking morass of depravity that is SAMCRO, he’s one of the few people actively trying to cling to their morality. Plus, he said last week he wanted out! Of course you’re not getting out, friend. No one does. 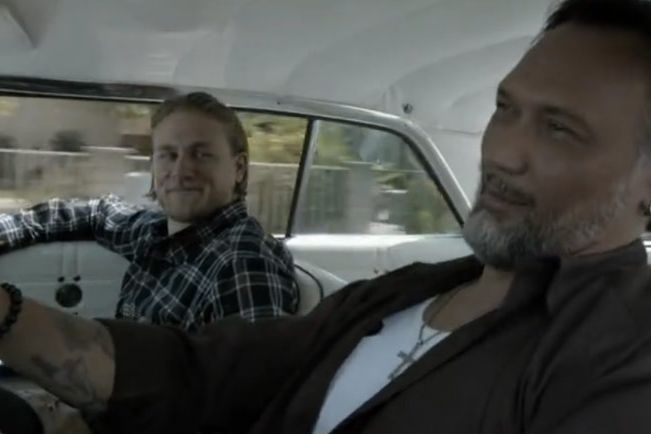 Never Trust Charlie: Now that Toric’s gone, the most unstable element in all of this is Charlie. Sure, the Irish are on a gleeful murder and explosion binge. But that’s chaos you can predict. Charlie? Well, he’s supposed to be an ally but he’s exceedingly dangerous. He and Jax are locked in an unhealthy power play over Colette and it seems like Charlie will use any excuse to turn on the MC. It was pretty fantastic to see Sheriff Roosevelt stare him down this week and say “forced retirement, wasn’t it, Charlie?” More Roosevelt snark, please. 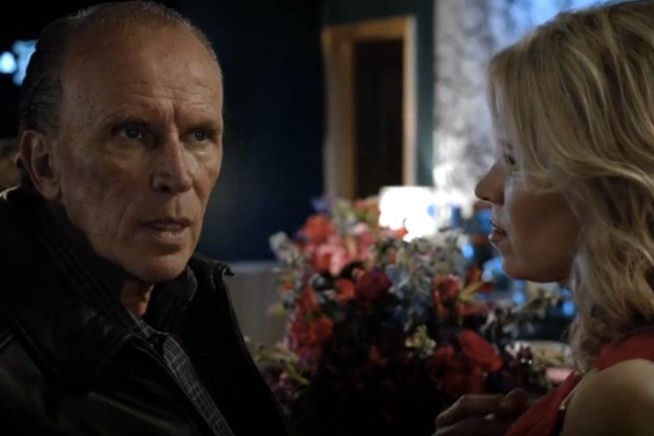 We Three Kings: How do we feel about this “the Irish are next-level bonkers and racist” plot? Everyone in the show is racist, of course. Tig called Roosevelt “Sheriff Remus” while Charlie just referred to him as “thick and black.” But, according to Chibs, suggesting the Irish work with August Marks is like raping their mothers. (Bad timing, Chibs. Poor choice of words.) I doubt Galen is as racist as he’s pretending to be, but he does play it up to the Kings in order to get what he wants. Which is to break his BFF Clay Morrow out of prison and set him up as their gun connection in Northern California. It should be noted, by the way, that Timothy Murphy has an amazing face for villainy. His menacing smiles reveal an entire web of cracks in his handsome face. It’s chilling. 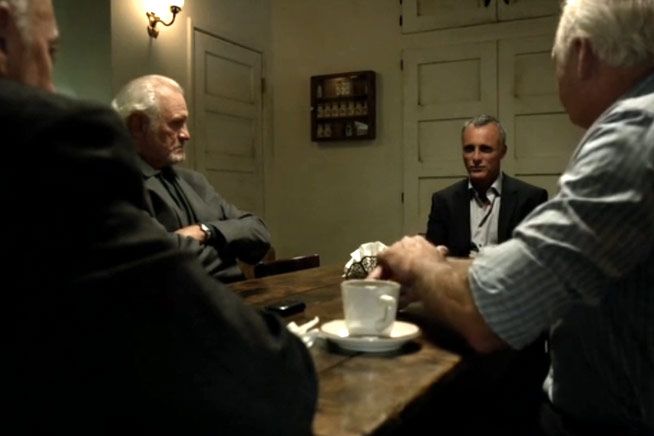 Two Queens and a Pawn: Meanwhile, on the home front, Gemma and Tara are locked in a battle over Wendy. Who knew Wendy would end up being the key. Though our sympathies are with Tara, both women are being somewhat ruthless in manipulating poor, dumb Wendy. Gemma says she loves Wendy, brings her photos of Abel and spins a tale all about how she thought Wendy was great for Jax and how much better everything was before Tara. Forgetting, I guess, that time in the pilot when she told Wendy to kill herself. Tara is equally manipulative when she calls Abel “your son” and promises Wendy a visit soon. It’s unclear which woman will be the most successful in getting Wendy on their side, but Gemma does have a history of winning. 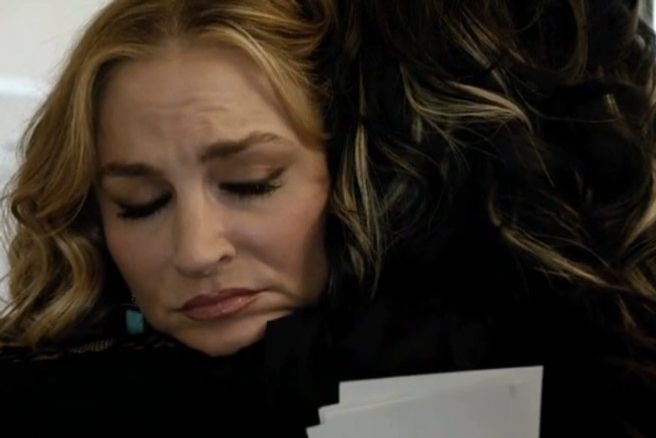 The Knave of Hearts: They’ve been playing up the friction between Chibs and Jax all season, and in this episode, Chibs reached a breaking point. He asked Jax a very important question. “Do you trust me, do you trust any of us?” The more characters dissemble and isolate on this show, the more trouble they cause for themselves. And Jax has been dissembling his ass off to everyone from the beginning, especially since Opie died. Chibs is right, of course. Jax can’t run the club by himself and it was enormously stupid of him to think he could handle the Irish without consulting, you know, the Irishman on his crew. 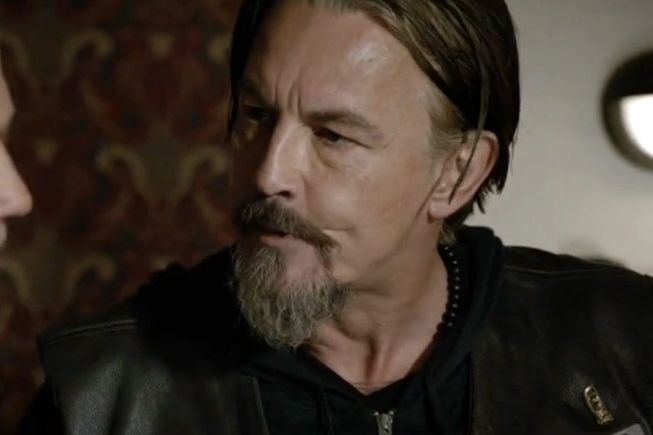 Conjugal Means Conjugal: Okay, what was going on here? What, exactly, was accomplished by this terrible scene? We’ve already had a sexual assault plotline with Gemma, so was this meant to recall that trauma? What did we learn about Clay in this scene? That’s he’s bullish and protective of Gemma but ultimately ineffectual? We knew that. What did we learn about Gemma? That she will do what she needs to do to get the job done? I knew that, too. I actually think the most important aspect of this particular thread came a few scenes later, when Gemma told Nero what happened. When she told him she didn’t want to keep things from him. That honesty is a sharp contrast not only to how Jax is treating his most trusted companions, but also the way Gemma dealt with her last sexual assault. She kept her rape from Clay and Jax and disclosed this incident to Nero, meaning she trusts him not to react in a violent way. Have I mentioned that I don’t like his odds? 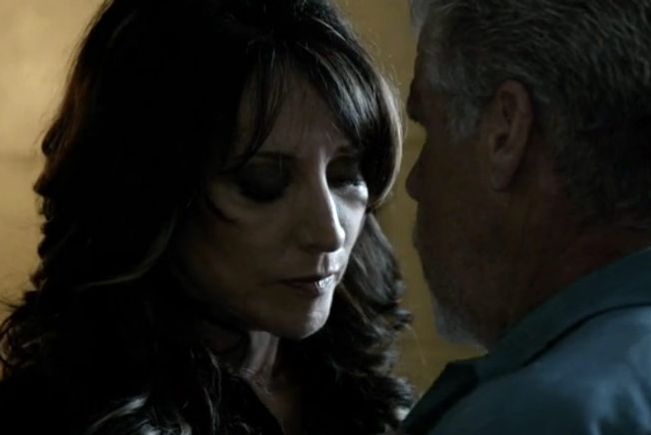 Ties Severed: The destruction of the motorcycle club cannot be underplayed. It’s not only a meeting place, but also a museum and, frankly, a home. That building felt more like home than any other place in the show. And now it’s gone. The history’s gone. The safe sanctuary is gone. Jax’s crew was already in shambles, what is the loss of their home going to do to them? 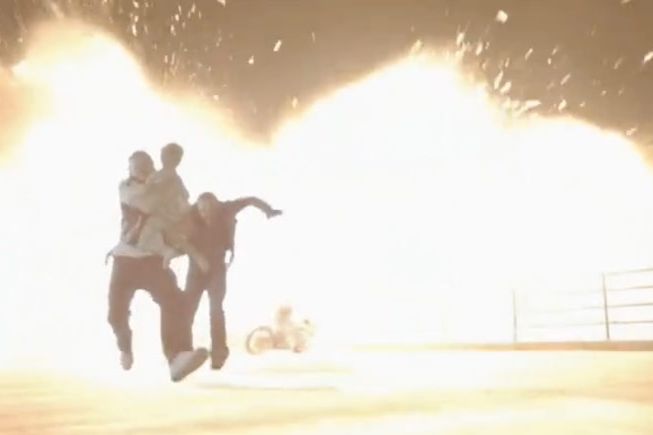 The Fallout: Here are a few predictable reactions to the blast. First of all, Tara’s resolve? Hardened. Wendy as an ally? More likely. Unser as an ally? For sure. The boys, Abel specifically, were almost toast. It’s interesting that Roosevelt and his crew were there to see it all go down. I wonder how involved they will be in the retaliatory investigation. I imagine this will drive Nero further from Gemma, Jax, and the club. It will also likely make Charlie feel unsafe by association. And, of course, though Gemma said earlier in the episode that they couldn’t afford to go to war with the Irish, it’s too late. The war is here. 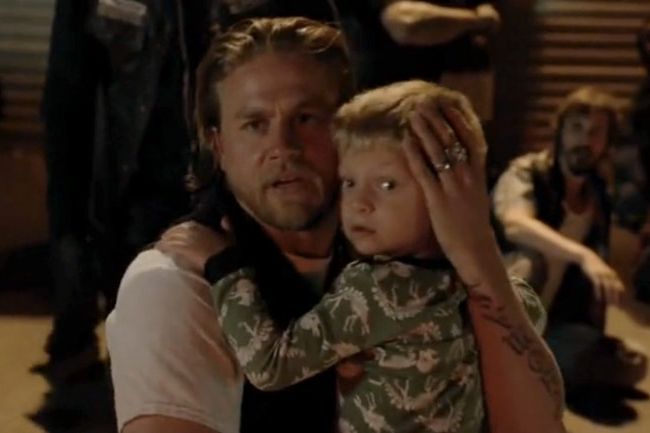 +Comments Leave a Comment
Sons of Anarchy Recap: Burning Down the House