Although a popular character was spared certain death last week, the show pulled no punches and not only dispatched three major players this episode but also countless Nazis. It hasn’t been a good week for Aryans on TV. But every time SAMCRO cuts down an enemy, several more spring up in its place and the biggest threat to Jax Teller and his brothers this season may come from within. Here’s what we learned from last night’s blood-soaked episode, “Wolfgangel.”

The Wonderful Thing About Tigger: Aw, you didn’t really think Tig was in danger, did you? They’d never. Actually, I was getting a little irritated with the show for keeping the stakes so low. How many times have we seen a member of the motorcycle club narrowly escape with their lives? Clay and Tig’s teflon status is getting old. By episode’s end, however, I was proved wrong about the stakes. Very wrong. But as for Tig, apparently August Marks was using him as some sort of loyalty test for Jax. Jax passed with flying colors and now Marks is interested in getting into the gun-running business. Oh, August, I wouldn’t if I were you. 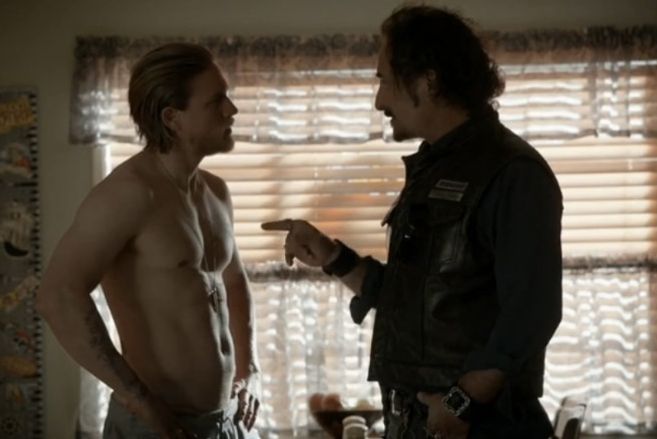 A Break-In at Stately Wayne Manor: You don’t pull on Superman’s cape, you don’t spit into the wind, and you don’t carve a swastika on the chest of a cancer-riddled old man. I guess the Aryan Nation doesn’t know that song. This here was the “blowback” or response to Clay killing an Aryan “shot caller” in Stockton last week. Barring Thomas and Abel, Unser is the closest thing SAMCRO has to a puppy. Don’t kick the club’s puppy, not unless you want to find out the true definition of blowback. 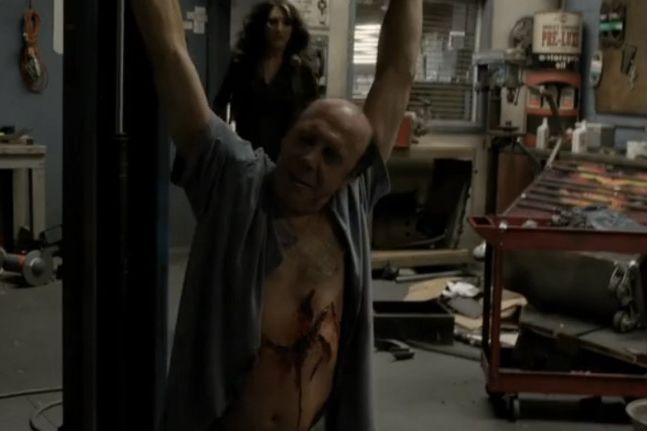 Heavy Is the Head: All season they’ve been playing the “Chibs doesn’t like how Jax is running things” tune pretty loudly. In this episode, we got Chibs laying it all out on the table and telling Jax what you, me, and Bobby Elvis already knew: He’s becoming Clay. Jax denies it faster than a chemistry teacher in a black hat, but who knows how long he can maintain that level of self-delusion? And how long will Chibs tolerate being second-in-command to someone he feels is making all the wrong moves? 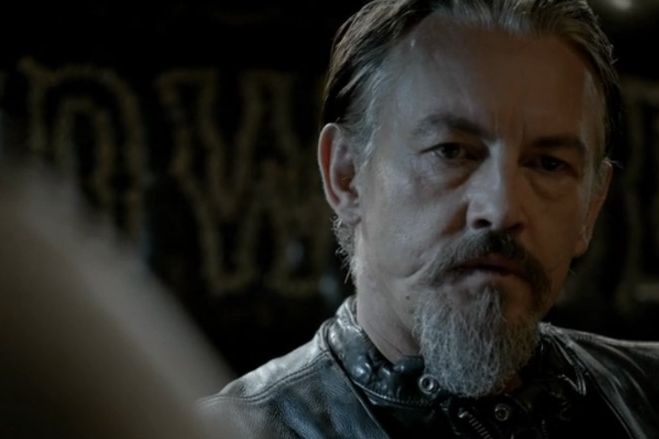 Hey, It’s a Terriers Reunion: If you never watched FX’s one-season wonder Terriers, you should do yourself a favor and seek it out on Netflix Instant. Two of its stars, Donal Logue (a.k.a. Lee Toric) and Rockmond Dunbar (a.k.a. Eli Roosevelt), shared a brief scene this episode. Terriers fan girl that I am, I was hoping this would be the first of many. I was wrong. So so wrong. But suffice it to say that if Toric hadn’t ended up on the business end of a shiv, he wasn’t long for this life of crime. Really? Showing up to gloat, Toric? Not your slickest move. 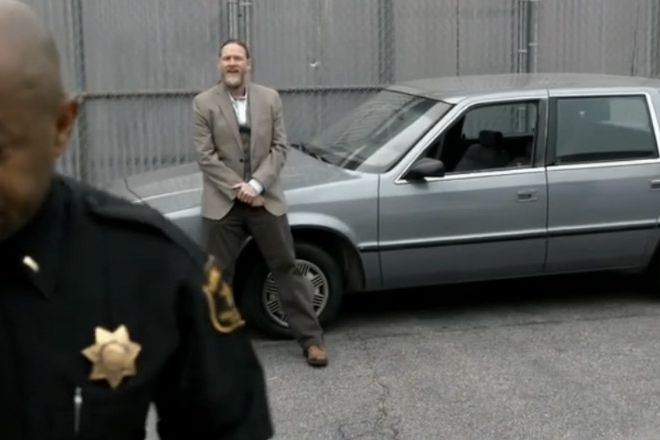 I’m Thinking Darby’s: It’s nice when shows dig back into their own rogue’s gallery to fill in a guest spot. Why create a new Nazi character when there’s a perfectly good neo-Nazi lying around? Apparently Darby (whom we haven’t seen since season three) found Jesus and a lovely non-white bride and gave up his life of hate crimes. However, Jax strong-arms Darby into leading them to the local Aryan gang’s hideout. We are treated to a delightful bit of play acting from Tig and Ratboy before everything goes south. Of course, Tig’s description of watching his daughter burn wasn’t entirely an act. Brother’s still working through some stuff.

Hands Off: After Les Packer (oh hey, Robert Patrick!) tells the MC that SoCal can’t step into the gun-running game, Jax decides to try the macho approach with the IRA. So, in an attempt at Morrow-esque posturing, Jax tells the Irish that he’s done and they should keep “hands off” the club. Okay, new rule, let’s not use evocative language with the scary Irish gun runners. In the first shock of the night, SAMCRO’s two Prospects were murdered and dismembered. Given how small the ranks have grown (and how adorable that big, beardy one was), this was a huge blow. 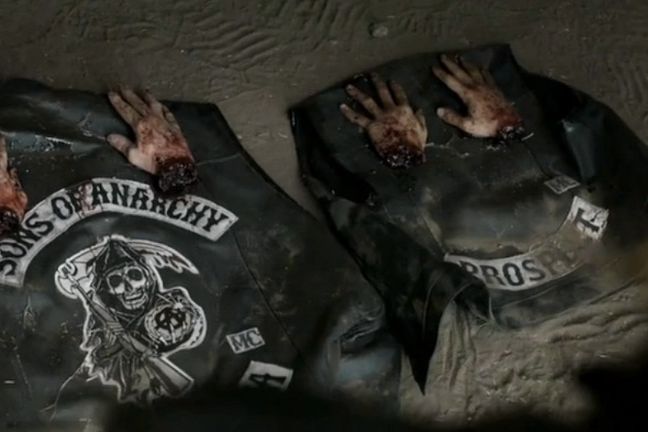 Cutting Ties: Speaking of unsavory business associations, it looks like Nero is finally realizing what we’ve all known for some time. Doing business with SAMCRO is bad for your health. After Roosevelt (in a canny bit of detective work) releases Nero to Gemma’s care, Nero starts to talk to her about cutting ties. We all know how much Gemma values being wanted over being loved, so the look on her face when Nero professed his feelings was priceless. I suspect Gemma would much rather have him unhappily entangled in the club (where she can feel valuable to him and in a position of power) than happily entangled with only her. For some reason, I don’t think Gemma has “wife of a farmer” in her. 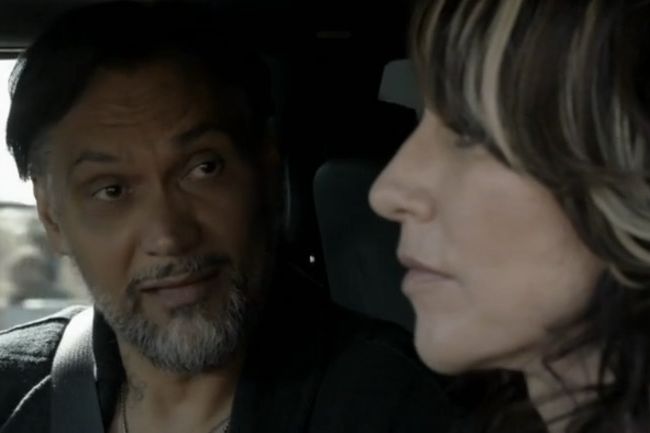 Hunting Nazis: In a tidy bit of killing many birds with one KG-9, Jax and his boys gun down the Aryans, wipe down the guns, and make it look like the shots came from inside the house. This gets rid of their gun problem and their Nazi problem. The episode title, “Wolfsangel,” is the name of the Nazi “hooks” the club keeps using to identify members of the Aryan crew. Is this the last we’ll see of the Nazis? Another major TV showrunner could tell you that nothing makes your unlikable anti-hero look better than a Nazi enemy. At the very least, Jax and his brothers weren’t the worst guys in the room this week. 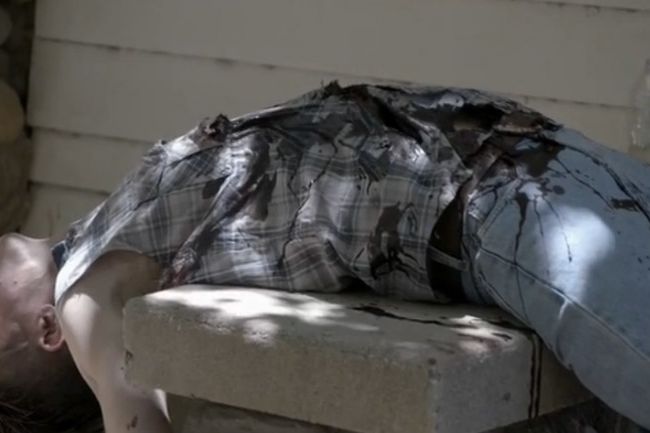 Sisters Are Doing It for Themselves: First of all, let’s pay homage to Maggie Siff’s magnificent “Gemma Said What?” face when Gemma calls Abel and Thomas “my kids.” Gemma quickly walks it back, but Tara knows. Oh, she knows. 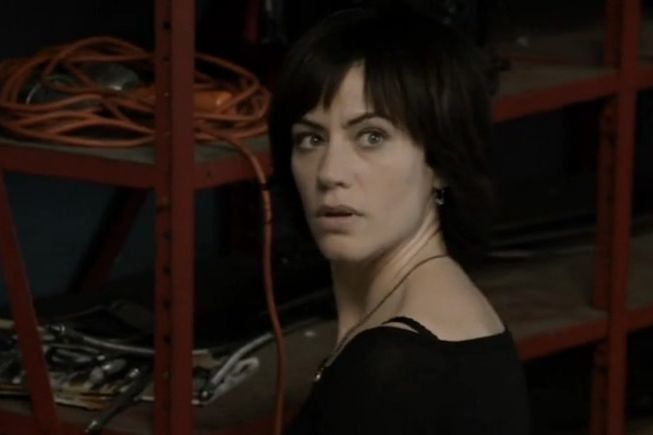 After being so wrong about so many things (see: Toric, Lee), I was glad to see that I was right about what was going on with Wendy, Tara, Lowen, and Dr. Murphy. I’m really worried for every single woman in that room (and for Thomas, too), but I do hope they manage to pull one over on Gemma, Jax, and the club. It’s not that I want the entire club to go down because of Tara and Wendy, but after women have been treated as disposable garbage in this world for so long, it would be nice to see the club get a little comeuppance for underestimating Tara. Wendy, of course, is the weakest link in this conspiracy. Her reluctance spells trouble. But it’s nice to see that, at least for now, Wayne (worried as he is about the boys) is on Tara’s side. 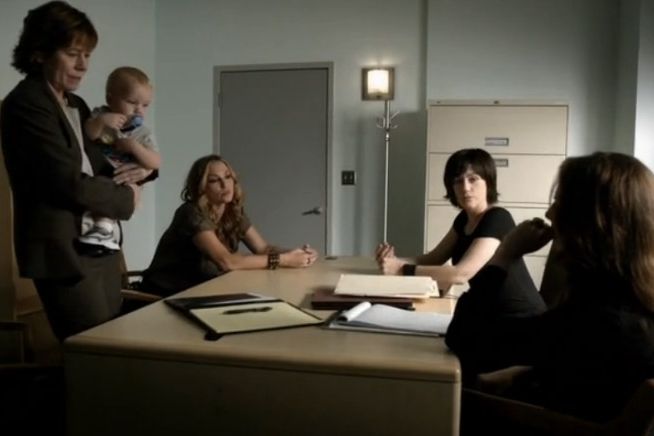 No More, Brother. No More: Wow. I suppose I could have been prepared for one of these two characters to go out in a blaze of gory gunfire, but to lose both Toric and Otto in one episode? That’s what we call high-stakes television. Otto Delaney (played with tongue-less glee by showrunner Kurt Sutter) has been an integral character since day one. I am astounded to see him go. Worse yet, I was sure Lee Toric would be our Big Bad this season. I guess that job belongs to Tara now? I’m devastated to see Donal Logue go because his creepy, pony-tailed performance was a highlight for me. Oh well. Rest in pieces, Toric. You went out just like your sister. 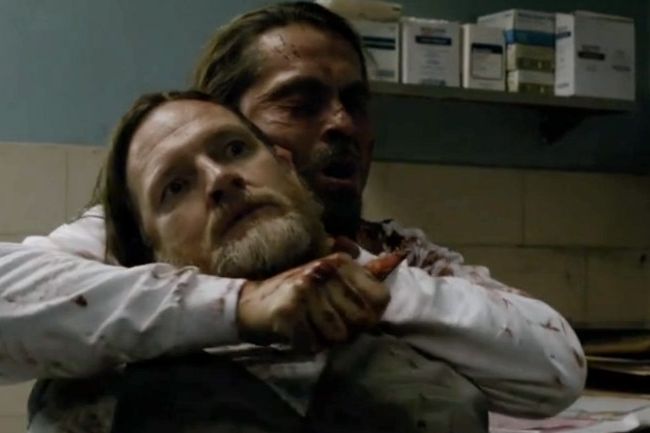 Finally, a Chuckie palate cleanser to wash your mind clean of all that blood. Ride or die, brother. 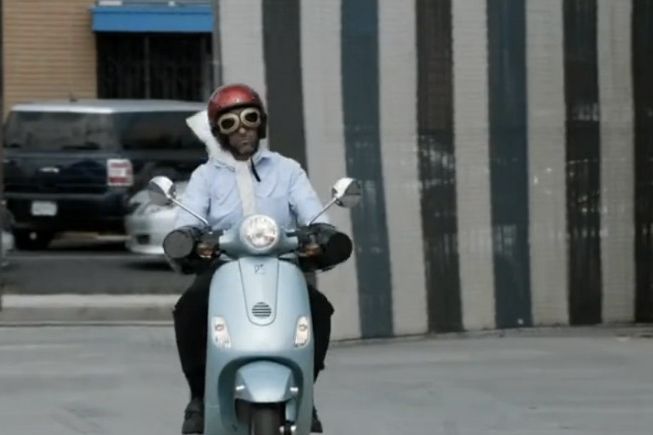 overnights 29 mins ago
The Afterparty Recap: High School Reunion Musical Yasper’s version of events is giving High School Musical and Hamilton.
tv review 5:45 p.m.
We Need to Talk About Cosby Wrestles With a Fractured Legacy W. Kamau Bell has made a thought-provoking docuseries that reckons with the two Bill Cosbys — up to a point.
now streaming 5:00 p.m.
What’s Leaving Netflix: February 2022 The Edge of Seventeen, Grown Ups, Good Time, and more.
wine and crime 4:57 p.m.
A Run-on Review of The Woman in the House Across the Street … TL;DR: Maybe just rewatch Dead to Me.
the law 4:38 p.m.
Chris Brown Accused of Rape Once Again in $20 Million Lawsuit The singer alluded to the “pattern” of rape and abuse allegations against him on Instagram.
headlines 4:26 p.m.
Julia Fox, Queen of the Hustle, Apparently Dated Drake, Too Even got two of his notorious Birkin bags.
chat room 4:15 p.m.
Cheer’s Jada Wooten Knew the Judges Wouldn’t Disagree With TVCC “From the start to the finish of that full out, I knew.”
movie review 3:18 p.m.
Compartment No. 6 Is Already One of the Best Films of This Year In this Cannes winner, a Finnish student and a Russian miner must share a cramped train compartment on their way to Murmansk. Hilarity does not ensue.
By Bilge Ebiri
overnights 3:00 p.m.
The Afterparty Recap: A Quarter-Mile at a Time Brett’s efforts to preserve his family on reunion night turns the story into a Fast & Furious–esque action movie.
#metoo 2:58 p.m.
W. Kamau Bell Wants to Keep the Cosby Conversation Going His new docuseries enlists scholars and survivors to grapple with the man who “worked as hard at his predation as he worked at his career.”
oscar futures 2:38 p.m.
Oscar Futures: Who’s in the Lead As Voting Begins? With two open spots in Best Picture, Being the Ricardos and Tick, Tick … Boom! got a boost from the PGA. Can they both get in?
By Nate Jones
method acting 1:30 p.m.
No One Does a Press Tour Quite Like Lady Gaga And the the Oscar for Best Actress in a Promoting Role goes to…
this week in late night 1:21 p.m.
Paris Hilton Won Late Night This Week, But Not for the Clip You Think Plus some stand-up from Jackie Kashian and a chat with Mike Schur and Seth Meyers.
true crime podcasts 1:20 p.m.
This Month in True-Crime Podcasts: Con Men, Mobsters, and Jack the Ripper Plus, crimes from the Great White North.
vulture lists 12:07 p.m.
16 Upcoming Page-to-Screen Adaptations to Add to Your 2022 Reading List From Marry Me (based on a webcomic!) to Inventing Anna (based on a New York Magazine story!).
vulture 10x10 12:00 p.m.
The Sickening Puzzle 1-Down: Event seen in “Pose” or “Paris is Burning”
overnights 12:00 p.m.
The Afterparty Series-Premiere Recap: Meet Cute Aniq attends his high-school reunion in the name of love and becomes the prime suspect in Apple’s murder-mystery comedy.
last night on late night 11:53 a.m.
The Village People’s Victor Willis Loved Kenan Thompson’s SNL Impression 70 years old and still showing up to Zoom meetings in full costume.
guides 11:04 a.m.
Navigating On Cinema’s Giant, Underground Universe A guide to Tim Heidecker and Gregg Turkington’s series and everything that it has spawned so far.
By Chris Kopcow
buffering 9:00 a.m.
The Great Netflix Panic of ‘22 It’s been a rough week for Netflix stockholders. But how bad are things really?
More Stories