On average, how much time do you spend in your secret lair? One hour a day? Two hours a day? Merely whenever you’ve been summoned by the shadowy spy organization that recruited you? Me, I spend only about half an hour a day in my lair, but that is mostly because it is made of cardboard and is usually still damp from the sprinklers. Still, though, a secret lair is a secret lair, and it is only in our sanctum sanctorum that many of us feel truly alive. Secret lairs are, to be frank yet factual, the best. So, say what you will about major late-series additions, but the secret underground Men of Letters headquarters has been one of the coolest and best ideas in modern-day Supernatural. First of all, just look at it: 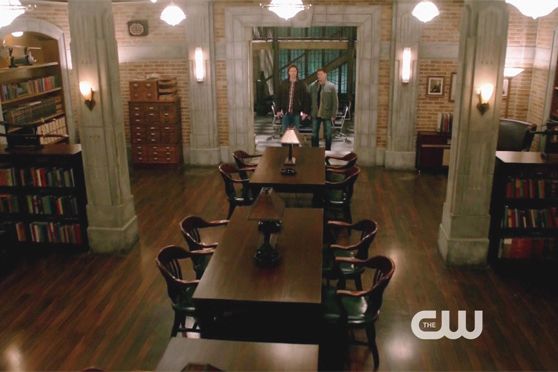 Sixties retro, all that handsome subway tile; arcane books and forbidden files; secret holding cells and enormous mainframes; a classic-car-filled garage and an underground tunnel. This new location absolutely makes my heart sing. Now that the Winchesters have this for a home base, I do not miss Bobby Singer’s basement. I do not miss those thousands of ostentatiously wallpapered motel rooms. The Men of Letters headquarters is currently one of the best sets on television, and the fact that it was the primary setting for “Slumber Party” was but one reason why this episode was so fun. Oh, there were other reasons as well, don’t worry. But mostly it was the secret lair.

Uh, first of all, just FYI, here are the realms that exist in the Supernatural canon so far: Earth, Hell, Heaven, Purgatory, Hollywood, and Oz. 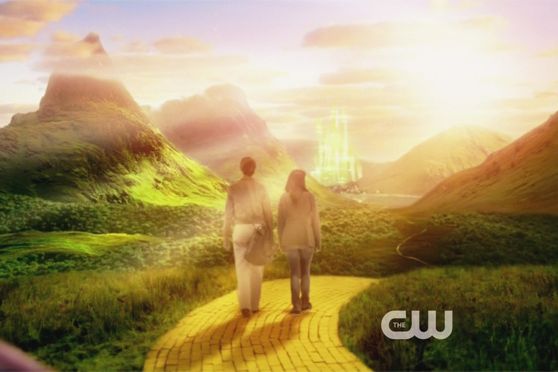 That’s right, after eight seasons of painstaking exploration of the Judeo-Christian afterlife, Supernatural just casually revealed that Oz is an actual world. Ha, ha, okay? Normal Earth just got waaay more boring if goddamn Oz is just a padlock away. The existence of Oz is honestly such a major development that it seems insane that it wouldn’t alter the premise of the show somehow. Oz is real! An entire world with its own geography, monsters, and drama. Easily as large, complicated, and powerful as Heaven or Hell. Oz! But you know what? Let’s not overcomplicate things. It was about time Supernatural gave us a good stand-alone episode. As promising as this season’s fallen-angel saga seems, it was already starting to lose steam even three episodes in. Take a break, show! Let’s hang out in the Men of Letters headquarters and watch a real-life Dorothy battle a real-life Wicked Witch of the West. FROM OZ. Which exists. 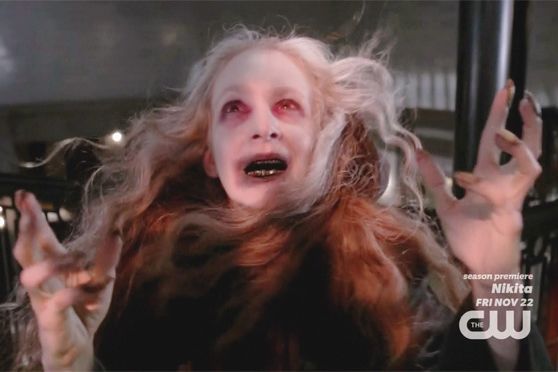 Though it wasn’t officially confirmed until late in the episode, the Dorothy we met in the cold open (and who’d trapped herself in a bottle of ooze for 70 years) wasn’t the Dorothy Gale we remember from the classic film Return to Oz (or its lesser prequel), but she was, in fact, the inspiration for that character and the hunter daughter of L. Frank Baum, himself a Man of Letters. It’s pretty gutsy of Supernatural to incorporate actual historical figures into its lore like this, but who can argue with a concept so clever? Just as the Winchesters have a series of (loosely accurate) books written about them, so too did Dorothy Baum. Supernatural’s always had a surprisingly sophisticated take on the chicken-egg relationship between fiction and nonfiction, but the parallel here was clever enough to make my brain tingle. (Unfortunately, this episode got a major thing wrong: The enchanted shoes in the Oz books were famously silver and NOT ruby, but we should probably let it slide. If only because I’ve never seen a witch get stabbed both in the face AND the back of the head with a pair of high heels before.) 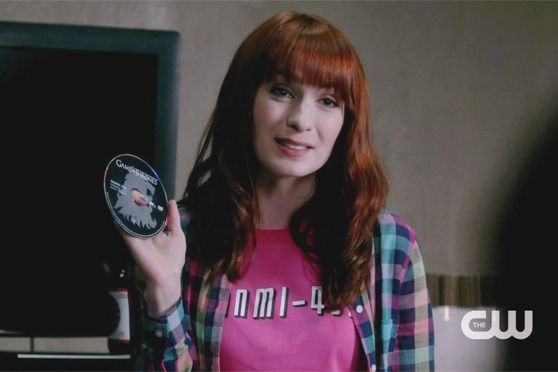 Oh, sorry for burying the lede: This was a Charlie episode! It’s hard to overstate Charlie’s importance to Supernatural these days. This spunky Felicia Day variation first appeared as little more than a walking grab bag of geek clichés, but now she’s officially the most fleshed-out female character in Supernatural history (not to mention one of the shockingly rare nonheterosexuals on all of the CW). Her particular journey from mousy cyber-activist to straight-up monster hunter has become one of the more touching and compelling side plots this series has served up recently. Here the fellas recruited her to help out with their busted mainframe (which she fixed using a Windows tablet because LOL), but by episode’s end she’d sacrificed her life for Dean, been resurrected by Ezekiel, personally murdered the villain, and then walked off into the sunset of a fantastical realm alongside Dorothy, thus finally getting that chance to go on a magical quest. Heck, there was even a moment in this episode when Charlie and Dorothy caused Supernatural to briefly pass the Bechdel Test for perhaps the first time in the series’ history! Again, Charlie may be a divisive character among fans, but she was the strongest part of an already very strong episode. Assuming she isn’t eaten by flying monkeys, fingers crossed she’ll be back for a proper hunt soon. 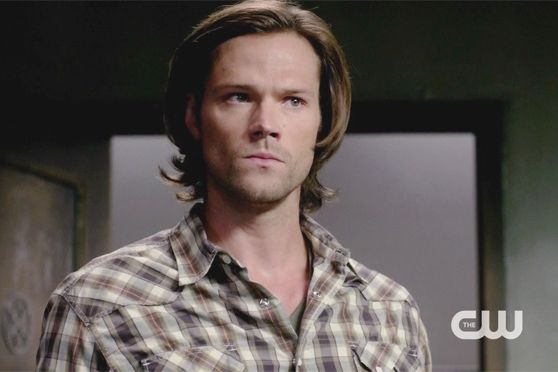 Ol’ blue-eyed Ezekiel ended up making a brief appearance as well. After the Wicked Witch struck Charlie dead with a green lightning ball, a distraught Dean summoned the sexy angel bro and requested that Charlie be resurrected, please. But Ezekiel explained that he only had enough power to either help Charlie or help defeat the Witch (and save Oz). Not only was this a good way to take Ezekiel’s deus ex machina abilities off the table for the rest of the episode, it also caused Dean to make our hearts explode into tingling sensations when he immediately chose to save Charlie rather than Oz. Maybe he just had a lot of faith that he could handle the witch on his own, but I prefer to think he views Charlie as a sister now. Dean with a little sister. It’s a nice thought, right? Anyway, at this point it seems like Ezekiel’s secret presence isn’t long for this world: This time Sam actually heard and remembered Dean’s invocation of “Zeke!” Plus, now Ezekiel will have to remain inside Sam for even longer to keep repairing him. Which — and not to be a creep about it — seems like a pretty okay situation for those of us who enjoy unintentional homoeroticism. Ezekiel sure does love hanging out inside a hunk!

Meanwhile, Crowley spent the episode sitting at a table growling at everybody. Classic Crowley.

“Slumber Party” may not have been the most weighty or mythologically significant episode of Supernatural, but it was fleet, inventive, clever, and layered in a way that rendered it yet another check in the “plus” column for season nine. And that’s without Castiel.

But anyway, now that Oz is canon, may I humbly propose THIS candidate for next season’s Big Bad? 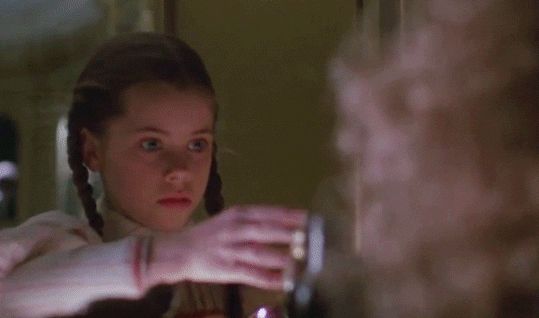 Come on, make it happen, Supernatural!