What becomes of a serialized procedural in its ninth season? If you’re Smallville, you become the world’s worst costume party. If you’re The X-Files, you stop focusing on the true heroes and become outright terrible. If you’re Grey’s Anatomy or ER, you keep that cast member turnstile spinning while all manner of freak accidents befall those poor hospitals. In nearly every case, a serial really starts to flag and sag, having run out of mythology or original story lines seasons ago. But somehow, and to an extent that perhaps implies paranormal influence, the CW’s finest telenovela about angels, Supernatural, returned as strong as ever in this week’s season-nine debut, “I Think I’m Gonna Like It Here.”

And while we’re on the subject: Best opening titles yet? 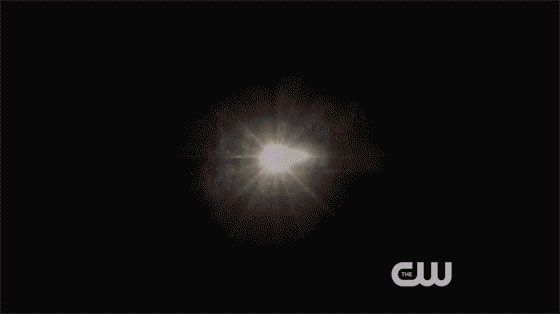 Much of Supernatural’s staying power has had to do with its dogged insistence on repeating the same primary plotline over and over. Here’s the whole series in a nutshell: One Winchester brother decides to die for the cause; the other brother tries to prevent it; the death happens anyway; the dead brother is swept to an unpleasant afterlife; the surviving brother is wracked with guilt but tries to lead a normal life; the dead brother returns via some deus ex machina but with severe mental problems; one brother keeps a terrible secret from the other; the brothers bicker, briefly part ways, and then make up; things are fine for a bit and there’s usually a case involving a clown; then the OTHER brother decides to die for the cause and is swept to an unpleasant afterlife. Repeat, repeat, repeat. But here’s the thing: It still works. 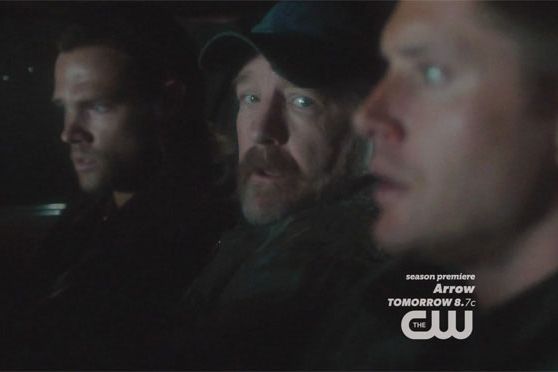 It’s this predictable repetition that’s preserved Supernatural for so long and has essentially exempted the series from having to top itself year after year. Seasons three through five are widely considered Supernatural’s golden run, the height and climax of the Heaven vs. Hell mythology that by design wasn’t meant to be topped. But when the show kept finding itself renewed, it was forced to find equally epic-seeming threats in less popular areas. Not to sound sacrilegious (seriously, this will make some of you so mad), but those early seasons are about as overrated as the seasons that followed are underrated? Like, no matter how tight or focused those earlier seasons were, they still casually trafficked in the most tiresome mythology in popular existence. (What is it with TV shows and movies that casually suggest Judeo-Christian mythology is not only real but supreme above all others? That is probably a rant for another day.) Whereas the reviled seasons six and seven at least deserve credit for introducing some frightening and creative mythologies to the mix. Sure, the Mother of All Monsters story line was badly botched, having been introduced way too late in the season and also overshadowed by the dire, unentertaining Soulless Sam debacle. Similarly the Leviathan story line could have been great had the show not decided to make it a campy satire about corporate America. But everything to do with Dean’s trip to Purgatory (and friendship with Benny) was straight-up inspired. Further, seasons six, seven, and eight all boast extremely well-written, emotionally riveting episodes (“Weekend at Bobby’s,” for example) that bested many of those found in the supposedly better earlier seasons. Credit where credit’s due: Even during an off-season, Supernatural still knows how to deliver fantastic television that capitalizes on our long-held relationships with these characters. 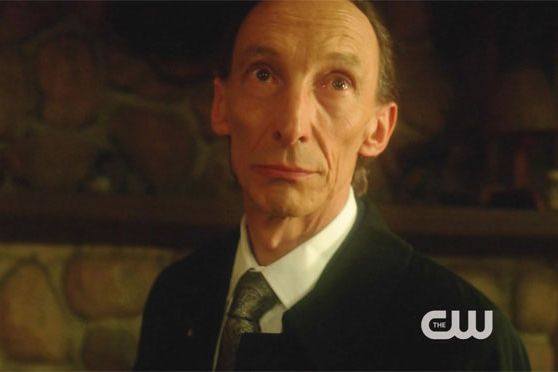 When the angels fell from the sky in last season’s terrific finale, the image was more than enough to make us forget all the excessive attention season eight had paid to the go-nowhere Amelia subplot or Kevin or the tablets or whatever baffling scheme Crowley was trying to execute at any given time. Just thousands of falling lights all over the world, uniting our exhausted characters in wonder and fear. So the question for season nine would be, How exactly would the world change if thousands of angels walked among us? “I Think I’m Gonna Like It Here” proposed that it’s not unlike the quiet Armageddon of season five. For one thing, the world’s news outlets decided the light show was little more than a meteor shower. But we know there’ll be be trouble; as a newly human Castiel explained, the Earth’s newest residents had immediately split into factions, most of the whom were simply frightened and looking for purpose, but many would be what we’ve always known angels to be: insane assholes. That’s always been a long-running joke on this show — that the angels are usually just as awful as demons — but what was once a joke now seems to be the primary threat our heroes face. 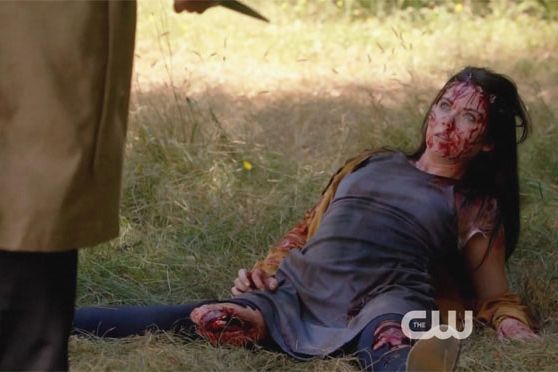 For his part, Castiel continued to walk the line between seeming regally aloof and mentally challenged, and now that he’s fully human he seems even more, uh, special. After repeatedly forgetting that he no longer had powers (and hilariously angering a local biker in the process), Castiel quickly found himself at the mercy of a devious angel (April from The Vampire Diaries!) looking to poach his body as her next vessel. Although, to be fair, THIS was the body she aimed to steal: 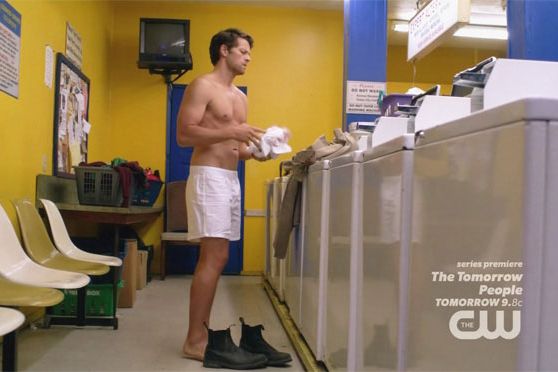 Fortunately not ALL of the angels were awful. A lantern-jawed one named Ezekiel and played by Helo from Battlestar Galactica (Tahmoh Penikett) answered Dean’s desperate prayer to save a comatose Sam. Which was nice of Ezekiel, but resulted in an admittedly dubious scheme: In order to repair Sam’s body, Ezekiel had to possess him without his knowledge and live inside Sam’s body for an unspecified amount of time. (Which, can angels do that?) So by episode’s end, we were already in classic Supernatural territory: Dean made a drastic decision he’ll keep a secret and then feel super guilty about; Sam was having mental health issues; and an angel’s intentions were in question. But Dean had little choice: Sam spent most of the episode in a dream state debating with himself about whether or not he should just die already. Although there was little suspense about what option he’d choose (this was a season premiere, not a finale), it was pretty wonderful seeing Bobby Singer embody the “well, time to die” argument while Dean embodied the “fight it, fight it” rebuttal. Best of all was Sam’s conversation with Death, who is, for my money, the best character in the entire Supernatural universe. Their conversation was as darkly poetic as you’d expect, with Sam finally agreeing to die in exchange for Death’s guarantee that nobody could resurrect him. Fortunately, Ezekiel arrived, intercepted Sam, brought him out of his coma, and erased his memory of this decision. It’s unclear how Ezekiel’s secret possession will play out, but fingers-crossed it won’t be quite so viewer-unfriendly as Sam’s previous adventures in poor mental health. Like, no more Lucifer hallucinations, please. 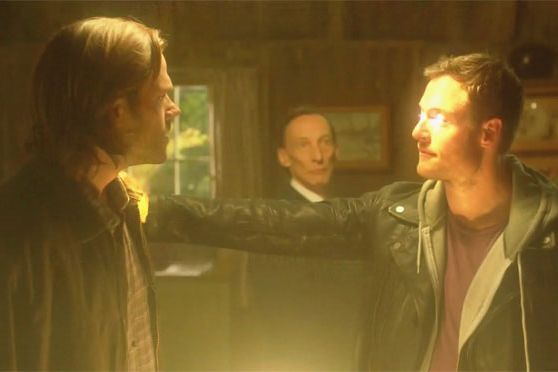 “I Think I’m Gonna Like It Here” was a solid, sharp, and funny premiere, one that was more concerned with getting us reacquainted with old friends than setting up a particularly complicated mythology. But the concept of a world ridden with angels is so promising that it’s hard not to get hopes up about where season nine is headed. Sure, this show’s been on the air for a while now, but the actors are present, the writers invested, and the premise pretty much inexhaustible. Okay, we’re in. Let’s do this, Supernatural.