In this series, Vulture has been speaking to the screenwriters behind 2013’s most acclaimed movies about the scenes they found most difficult to crack. What pivotal sequences underwent the biggest transformations on their way from script to screen? Today, writer-director Nicole Holofcener discusses the tricky process of determining the final moment in Enough Said, her tender romantic comedy starring Julia Louis-Dreyfus and James Gandolfini. The scene is then excerpted below. (Yes, the ending has SPOILERS.)

I would say the toughest scene was the very last one. That was really the only day we showed up on set not knowing what would stick.

We knew we wanted Albert to pull one over on Eva — or at least try to — with that joke at the end about the night tables, where he tells her that he’s bought them when he really hadn’t. But we shot it so many different ways. There was one where he actually did get night tables — that was bad. We shot it so many different ways. I was trying to figure out, “Should they go in the house? Would that give too much away, like they’re definitely back together? Should they kiss, or is that too much?” There was one ending where she gets out of the car and stands there for a moment, and then Albert opens the door, and she walks into the house, and that’s it. It was really corny — so corny that I couldn’t go through with it. It was just a very tenuous line between schmaltz and making it work.

The version we planned to shoot was where he says, “I’ve got night tables,” and she says, “No, you didn’t. I’ve wised up,” and he laughs. And we thought that was gonna be the ending, that she’s on to him. But then we did this version where I told Julia, “I think you should fall for his joke again.” And she did it, and she smiled and added, “Okay, that’s good,” at the end. It just felt so right. Julia said later that after it was over, she and Jim went into the house and hugged. They felt so wonderful that they’d nailed it, and that is the take that ended up in the movie.

It’s funny, because I’m happy with the endings to my other movies, but there’s generally a pause where people don’t know it’s over. They don’t clap until it goes to black. But with Enough Said, you know clearly that this is the end. It worked perfectly. I’m so happy with the ending, and I can’t imagine it any other way. 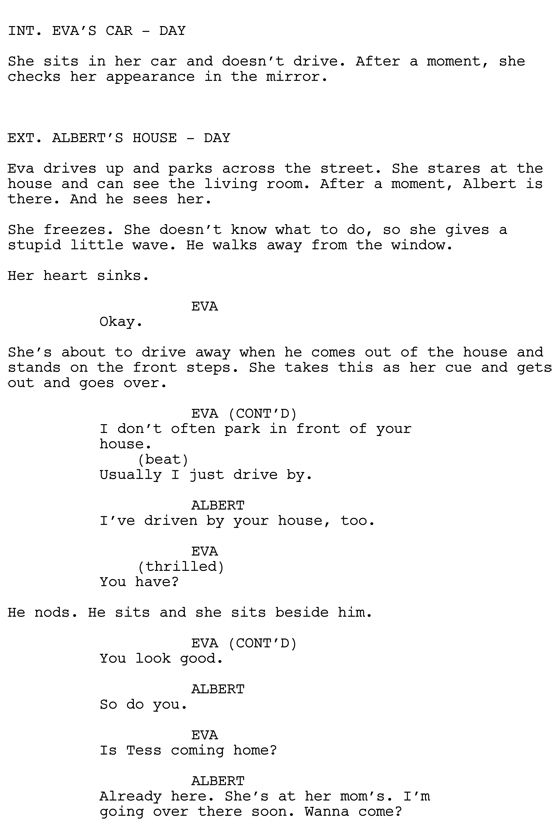 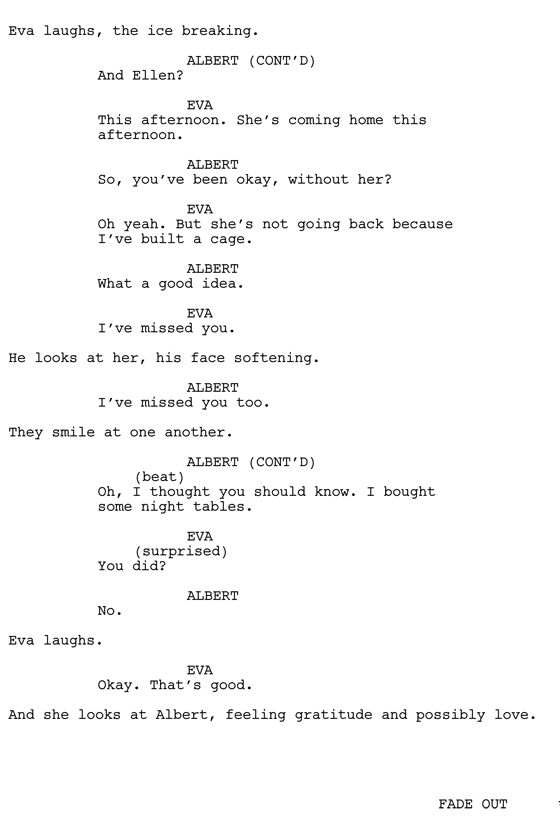 justice for booster gold 6:25 p.m.
James Gunn Wants All the DC Movies, TV, and Games ‘Connected’ He and Peter Safran have big plans for the DCU.
fancasts 5:40 p.m.
Hey, Antonio Banderas Knows a ‘Fun’ Guy Who Could Play Zorro If he was asked to do a third movie, he would want to pass the mask to this former co-star.
goth girls 4:22 p.m.
Jenna Ortega Didn’t Want to Copy Christina Ricci’s Wednesday According to Ortega, she and her co-star never even said the word “Wednesday” to each other on set.
performance art? 2:51 p.m.
The 1975’s Matty Healy Is Doing a Lot on Tour From kissing fans to eating raw meat onstage, here’s a roundup of what he’s been up to.
commit to the bit 1:09 p.m.
Martin Scorsese Is in on the Tumblr Memes He has confirmed that he made the nonexistent 1973 film Goncharov.
fame Yesterday at 4:34 p.m.
Questlove, John Leguizamo, Jennifer Beals, and More Mourn Irene Cara Remembrances poured out across the industry.
charges Yesterday at 1:53 p.m.
Squid Game’s O Yeong-su Indicted for Sexual Misconduct O claims he merely held a woman’s hand to guide her around a lake.
obits Yesterday at 12:50 p.m.
‘Fame’ Singer Irene Cara Dead at 63 The multihyphenate sang two Oscar-winning title songs.
overnights Yesterday at 10:08 a.m.
RuPaul’s Drag Race U.K. Season-Finale Recap: Megamixed Up Drag Race is dancing on the thin line between reality-TV ritual and reality-TV tedium.
oh deer Yesterday at 12:44 a.m.
Please, Was the Original Bambi Not Horrifying Enough? The guy behind the Winnie-the-Pooh slasher is now working on a Bambi horror movie.
talking about it Nov. 25, 2022
Kim Petras Defends Her Concert Chat With Barbie Ferreira The pair were filmed catching up during a Rina Sawayama performance.
overnights Nov. 25, 2022
We’re Here Season-Premiere Recap: Trouble in Texas The premiere reminds us why We’re Here is such a crucial show amid so many anti-trans sentiments and politics.
sentencing Nov. 25, 2022
Kris Wu Gets 13-Year Jail Sentence for Raping Multiple Women The pop star was found guilty in one of China’s most high-profile sexual-assault cases.
trailer mix Nov. 25, 2022
You Enrolls in Early Admissions for Season 4 Professor Jonathan Moore heads to class a day earlier than expected.
jenny from the block Nov. 25, 2022
Jennifer Lopez Transforms Back Into J.Lo for This Is Me … Now Announced on the 20th anniversary of This Is Me … Then.
overnights Nov. 25, 2022
Survivor Recap: Tears, Tears, and More Tears Noelle joins a prestigious rank of survivors voted out after winning the Loved Ones Challenge.
sexy baby winter Nov. 25, 2022
There’s Now an Acoustic Version of Taylor Swift’s ‘Anti-Hero’ Still no “Lavender Haze” music video in sight.
holiday streaming Nov. 25, 2022
The 8 Best Christmas Movies on Hulu Happiest Season, Black Christmas, A Christmas Switch, and more.
the vulture transcript Nov. 25, 2022
Natasha Lyonne and Abbi Jacobson Are Ready to Burn Down TV The showrunners and friends discuss saying no to mainstream, formulaic comedy onscreen.
By Vulture Editors
'talk!' Nov. 25, 2022
My Coffee With Stanley Kubrick In 1964, a professor wrote to Kubrick about Dr. Strangelove’s structural “duplication of sexual intercourse.” He wrote back — and asked to meet.
By Chris Stanton
More Stories