Last night’s Keeping Up With the Kardashians Christmas special featured a bunch of “never-before-seen” home videos, moments in which the clan reminisced about their pre-fame days, and, most important, a look at this year’s Christmas card. It’s a wonderful tradition, and although the average family’s photos might get less embarrassing as the years progress, the Kardashians’ just get wackier and wackier. There were the matching white clothes, the motorcycle gangwear, the year Lamar might have been Photoshopped in, 2011’s 3-D motif, and last year’s, which featured Kim’s now-dead kitten, Mercy. 2013’s photo was shot by David LaChappelle and is “high fashion” in a way we now come to expect from the Kardashian family. (Since they’ve been hanging out with Kanye West, especially.) We’ve dissected this year’s photo below:

What’s actually going on here (other than the Sears Portrait Studio’s worst nightmare)?

And for a bit more detail: 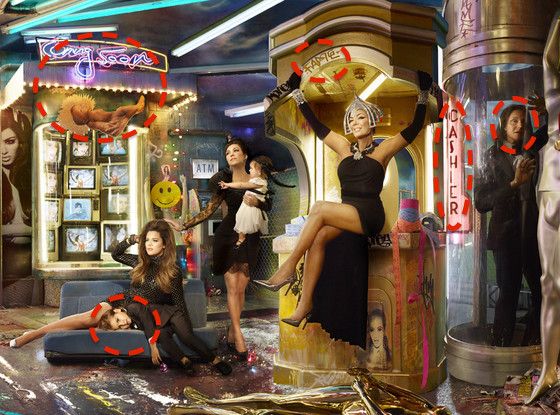 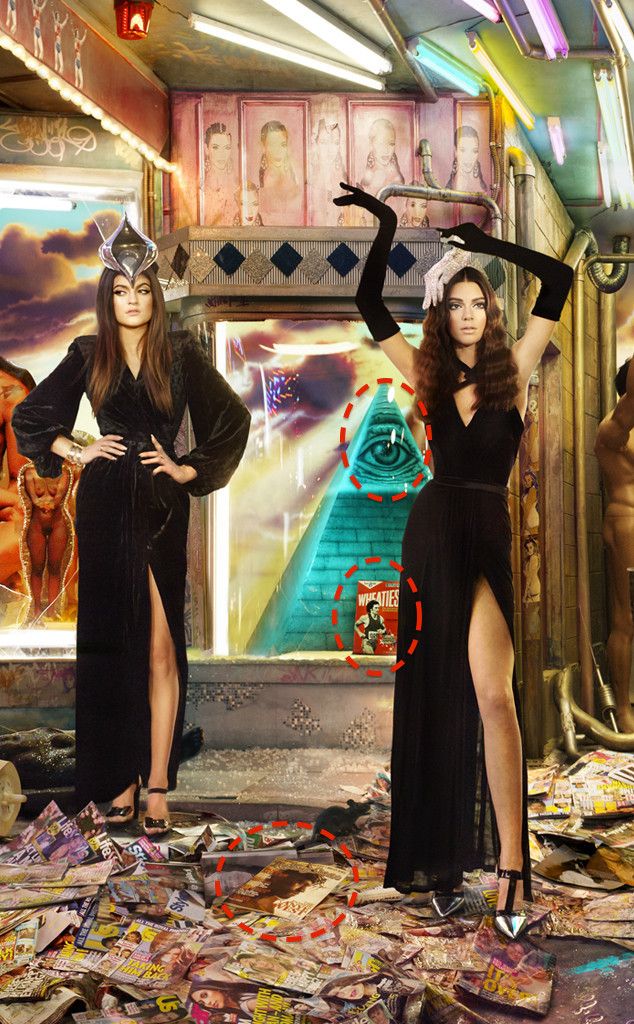