The 1994 CBS series Touched by an Angel boasted many classic episodes, such as the one about the regretful father, and also the one about the dying lady. But for my money, the all-time greatest was the ninth mid-season finale in which all the angels unsheathed giant blades and slaughtered each other in the streets. Personally, I will never forget the image of Della Reese stumbling into a Sunday-school class and spraying a children’s choir with her gaping neck wound. Or Roma Downey waving a katana above her head and then falling beside the lifeless corpse of John Dye. Many questioned where the rest of the season could possibly go after that, and to be fair, it ended up being pretty boring. But that episode was truly riveting. More important, it paved the way for Supernatural’s outstanding season-nine mid-season finale, “Holy Terror.” Not only did we get some serious angel carnage, “Holy Terror” gave us some major character reveals and an even more major character death. Sure, it wasn’t quite as upsetting as the sight of a zombified Della Reese beating Roma Downey to death with her own leg, but it was at least as compelling. 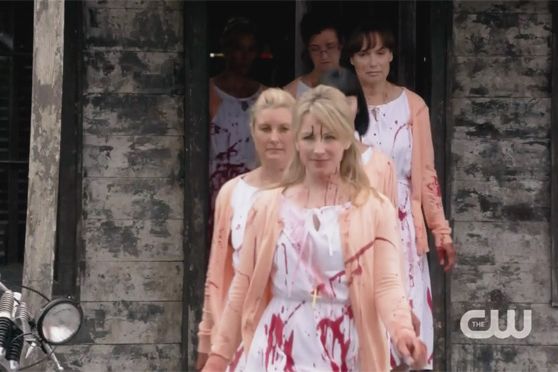 Dean’s been saying it for years, but it was never more true than this week: Angels are dicks! After only a few months of possessing true believers (or simply hovering in the atmosphere like glowing ghost jerks), the angels had grown tired of peaceful coexistence and began to MASSACRE each other. Which, ugh, typical angels. A playfully unhinged cold open saw a busload of church singers enter a biker bar only to leave behind a dozen leather-vested corpses, and it was all owing to a power struggle between rival angel-gang leaders Balthazar the bureaucrat and Malachi the anarchist. As you can imagine, one angel massacre begets another angel massacre and pretty soon all those wing-shaped pavement burns attracted the attention of not only the Winchesters but also Castiel, rocking a fake FBI suit like the best of them. 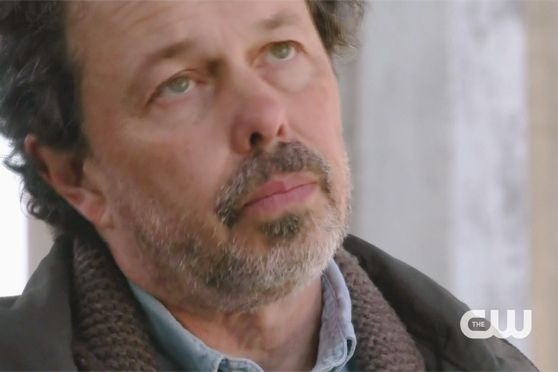 Aside from all that angel carnage, probably this episode’s weightiest revelations involved Ezekiel. Or, rather, the impostor operating under that name. Last week’s episode suggested that the angel inside Sam had shady motives, but the revelation that he wasn’t even Ezekiel to begin with? Legitimately surprising. Apparently the real Ezekiel had died during the fall (along with a significant number of other angels) and a former prisoner of heaven named Gadriel had impersonated Ezekiel in order to hide out inside a former-demon hunk for safety purposes. It was certainly bad that Gadriel had been misleading Dean, but to his credit, he actually HAD been healing Sam’s insides. But then Metatron showed up and convinced Gadriel to help him govern Heaven 2.0 and that’s when Gadriel’s moral compass immediately went haywire. Next thing we knew, the corpse of Kevin was staring at us with smoldering eye holes! 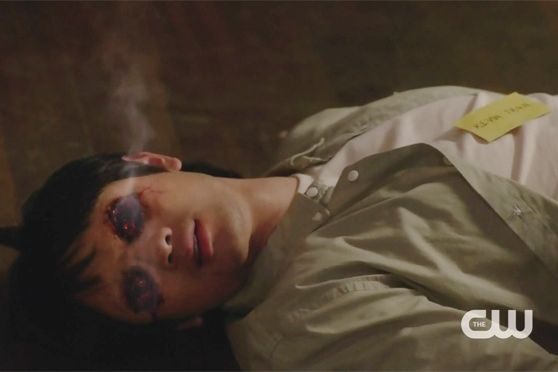 Guys, Kevin was not my favorite character, mostly owing to the crime of being boring, but he did NOT deserve to die like that. He seemed like a good guy? He’d mostly just spent his time sitting at his desk staring at a rock, so it’s not like he was out harming people. But then again, one of the main risks of being friends with the Winchesters is that you will be brutally murdered in either the 1st, 9th, or 22nd episode of any season, so I suppose this was to be expected. But if we’re being real, Kevin’s death was worth it, if only to reveal to what depths Gadriel was willing to sink. Sam is going to be extremely sad when he finds out that his body had been used to make Kevin’s brain and/or soul explode. Or he will be mildly annoyed at the very least, let’s put it that way. Or maybe he won’t mind, because Kevin who? I forgot about him already sorry. 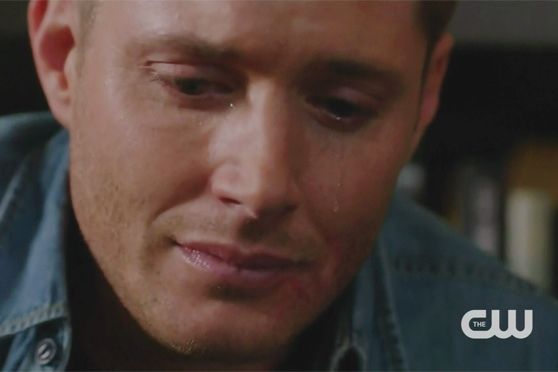 But yeah, buried the lede here: Dean finally decided to tell Sam the truth about his angel passenger! Unfortunately it was too late. A last-minute warding spell to speak privately with Sam (without “Ezekiel” hearing) was foiled when the angel impersonated Sam and then altered the sigil and … Oh, I don’t know, it was just foiled, okay? B-minus for effort, though, Dean. This conversation should have happened way sooner. And now it was too late and Kevin was extremely dead and also Gadriel was claiming that Sam was “lost” inside his own body permanently. That was not the kind of news that Dean wanted to hear, but it definitely set up some compelling threads for the next batch of episodes. Get that angel out of your brother, Dean! 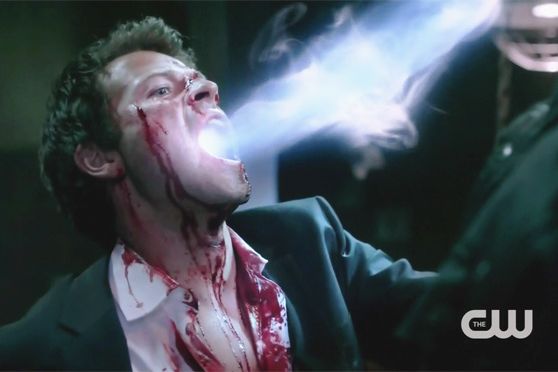 Meanwhile Castiel was still pretty much an angela non grata (did I do that right?) among his former peers, so it wasn’t terribly surprising when Malachi captured and tortured him for more information about why exactly they’d all fallen from heaven. Malachi had apparently not watched the previous season of Supernatural — that’s why he needed Castiel to give him all the spoilers — but Castiel wouldn’t cooperate and Malachi’s henchman was tasked with murdering him. It made me laugh when Malachi immediately left the room after giving that order. Supervillains are always so confident in their henchman, but alas, Malachi’s confidence was misplaced. The henchman immediately freed Castiel because he believed Castiel could put in a good word for him with Metatron about joining the Heaven 2.0 team (news was really getting around about Heaven 2.0 at this point). But then, in a spectacular showing of grade-A badassery, Castiel slit the henchman’s throat and sucked out his grace and now he’s an angel again! Castiel got his wings back, everybody! I was slightly bummed that the era of Human and/or Sexy Hobo Castiel seems to be over, but on the other hand I do enjoy Superhero Castiel very much, so it’s fine. Welcome back, angel baby. 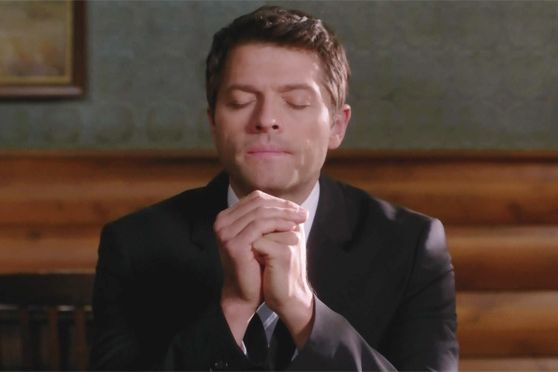 Look, by now we know that very few twists of any permanence come from a mid-season finale; you don’t stay on the air for nine years by changing the game every ten episodes. But “Holy Terror” was a pretty terrific mini-climax in what’s shaping up to be one of Supernatural’s strongest season mythologies to date. These angels are the worst! But entertainment-wise, they’re also kind of the best. Good carnage, good insanity, good reveals, good mid-season finale. Can’t wait to see where this goes.

best of 2022 15 mins ago
The Best Video Games of 2022 (So Far) It’s been a really, really, really full year.
coming soon 3:45 p.m.
Glass Onion: A Knives Out Mystery Headed to Theaters After All But only for a week.
highway to hell 3:01 p.m.
The Live-Music Industry Is Broken Supply-chain issues, mental health crises, positive COVID tests. As artists continue to struggle, is any of this even worth it?
vulture guides 3:00 p.m.
A Grey’s Anatomy Catch-Up Guide, No Matter How Far Behind You Are Everything you need to know before jumping back in.
By Maggie Fremont
movie review 2:50 p.m.
Tár Brilliantly Undoes an Ego Monster of an Artist Cate Blanchett is toweringly great as a famous conductor who meets a very public downfall.
jinkies 2:48 p.m.
Mindy Kaling and Constance Wu Are Solving the Mystery of Velma HBO Max’s new animated series follows her (possibly gay) origin story.
buffering 2:26 p.m.
It’s Time to Start Worrying About Peacock Can the streaming service come back from the dead?
trailer mix 2:05 p.m.
Jennifer Lawrence’s Rest and Relaxation Is Over in Causeway Brian Tyree Henry co-stars in the A24 drama co-written by Ottessa Moshfegh.
abel's angels 1:52 p.m.
The Idol Teaser Is Full of Sex, Drugs, and Pop Music Oh, and a cult led by the Weeknd.
overnights 1:25 p.m.
Survivor Recap: Stop Playing Scared While tensions are rising on Vesi and Baka, Coco is just chilling — until Karla goes exploring.
improv 1:15 p.m.
The Second City to Open New Location in First City: New York Its new space is coming to Brooklyn in 2023.
had to get away 1:04 p.m.
The White Lotus Season Two Booked Its Italian Vacation for October 30 The trailer features cheating, drugs, more cheating, and the delightful Meghann Fahy.
rankings 1:00 p.m.
All 193 Taylor Swift Songs, Ranked There are at least ten stone-cold classics in her discography.
By Nate Jones
into the groove 12:43 p.m.
Charlie Puth Is ‘So Inspired’ by ‘LGBTQ+ Culture’ Driving through West Hollywood will do that to a person.
1.5x speed 12:36 p.m.
An Art-World Scandal (and 6 More Podcasts Worth Checking Out) Death of an Artist, Blowback, and more.
role call 12:10 p.m.
William H. Macy Answers Every Question We Have About Boogie Nights On his visit to a porn set, Burt Reynolds’s “clueless” attitude, and making Paul Thomas Anderson laugh — and smell — during that killer shot.
By Derek Lawrence
overnights 12:06 p.m.
Abbott Elementary Recap: Corny Legends Even Janine, who was once in a Degrassi reenactment group, can see that the Story Samurais are peak corny.
vulture 10x10 12:00 p.m.
The Northern Puzzle 18-Across, Four Letters: Oft-killed-off actor Bean.
hey! 11:45 a.m.
Some Pretty Major News: Vulture’s Weekly Comedy Show Is Back We returned to Union Hall on every other Tuesday night — check here each week for the latest lineups.
glovely 11:23 a.m.
Chill, Normal Guy Jared Leto to Play Chill, Normal Guy Karl Lagerfeld A fitting Morbius follow-up.
More Stories