In this series, Vulture has been speaking to the screenwriters behind 2013’s most acclaimed movies about the scenes they found most difficult to crack. What pivotal sequences underwent the biggest transformations on their way from script to screen? Today, writers Michael H. Weber and Scott Neustadter discuss the sequence in their tender teen romance The Spectacular Now in which alcoholic high schooler Sutter and his girlfriend Aimee travel to meet Sutter’s dad (played by Kyle Chandler) for the first time in years.

MICHAEL: Really, the whole movie hinged on the scene where Sutter meets with his father. That’s the entering point for everything in the story: Sutter has built up this mythology regarding his absent father being a hero, and that mythology really masks his own pain — it’s where he finds excuses for his own behavior. Everything comes crashing down in this scene. If it doesn’t work, I’m not sure the movie works.

SCOTT: We liked to say that Tommy, the father, is a bit like the shark from Jaws: There’s a lot of talk about him and a lot of build-up, even though you don’t see him that much. When he opens the door, you know you’re going to see either a train wreck or someone that gives you a little bit of hope, and when we talked about who we wanted to see in that part, it was always someone that would make the audience would bring some of their own stuff to the table. Kyle Chandler is really the perfect example of that, because we all loved him as Coach Taylor on Friday Night Lights, and when he opens the door, you say to yourself, “You know what? This might just work out.”

MICHAEL: The interesting thing is that when Kyle showed up on set and we started talking about the scene, he wanted to play it even colder than it was written. It wasn’t a major change, but there was one line he wanted to take out, where the father starts to explain himself a little bit. Kyle felt that his character had made a decision years ago that he wasn’t going to have a relationship with his son, and he’s sticking to that decision, so because of that, he doesn’t owe his son an explanation of why he’s been gone. It’s really harsh, and it really worked.

SCOTT: For us, the mission with the entire script was to be as real and authentic as possible, to make sure that none of this felt like an after-school special or preachy or like it was talking down to anyone. This particular scene could go in so many directions, so for us, it was all about how we could be real. These are flesh-and-blood characters who may not deserve forgiveness, and you don’t need to like them, which is why it was such a benefit for us to have an actor who you go in liking. He is gonna do to you in the audience what he’s going to do to his son. 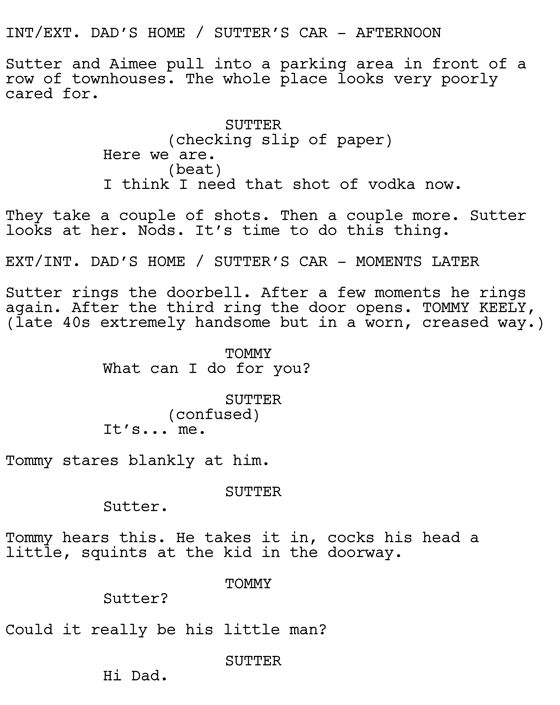 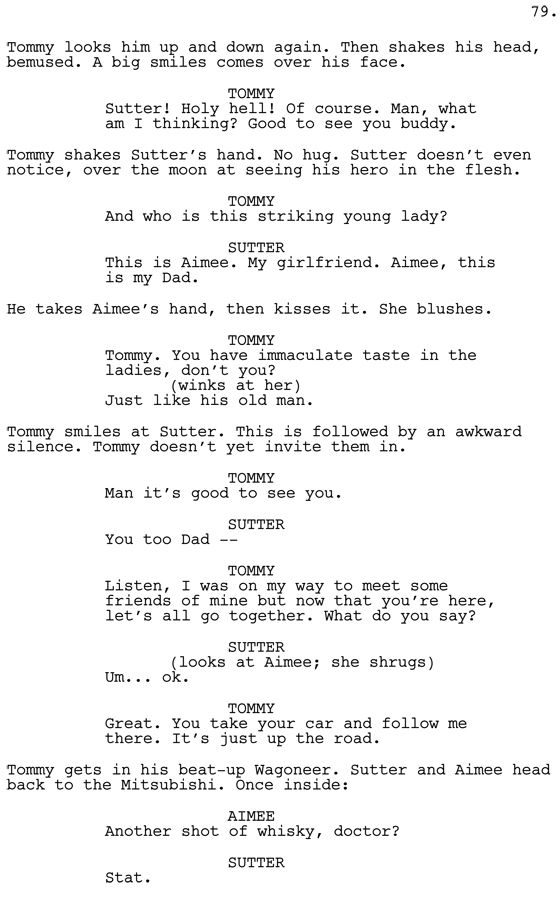 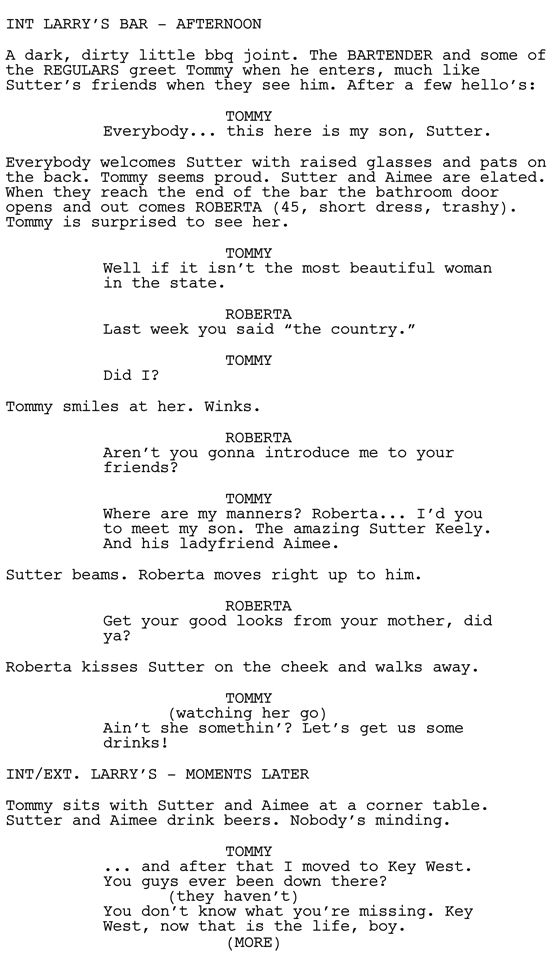 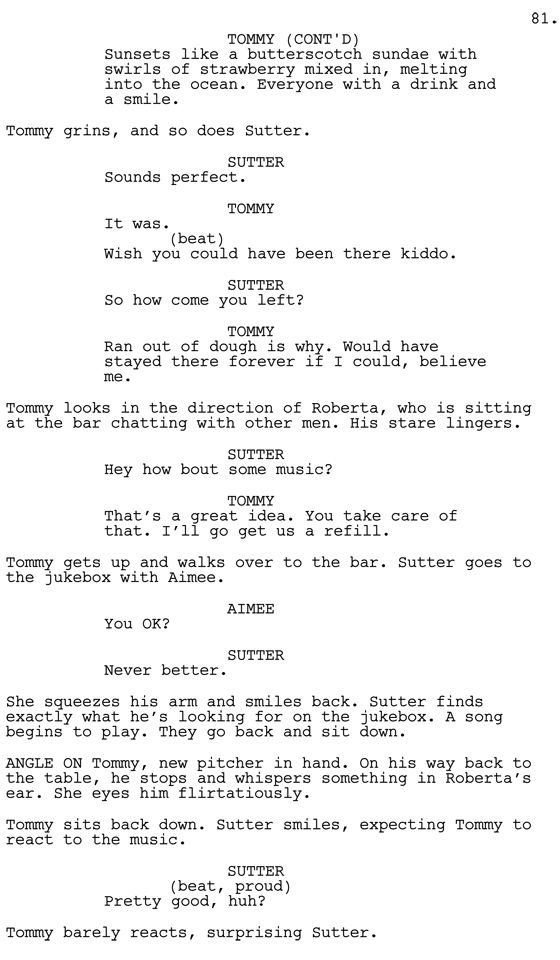 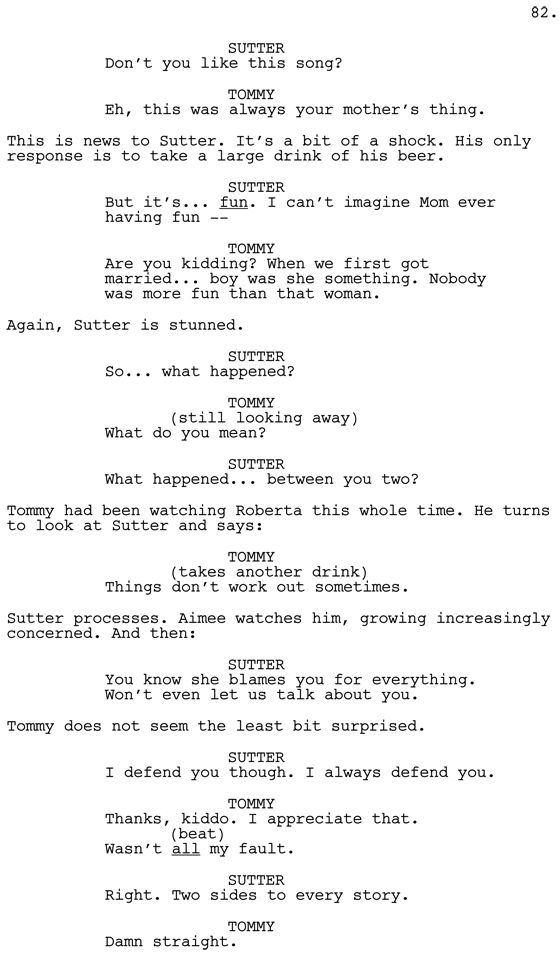 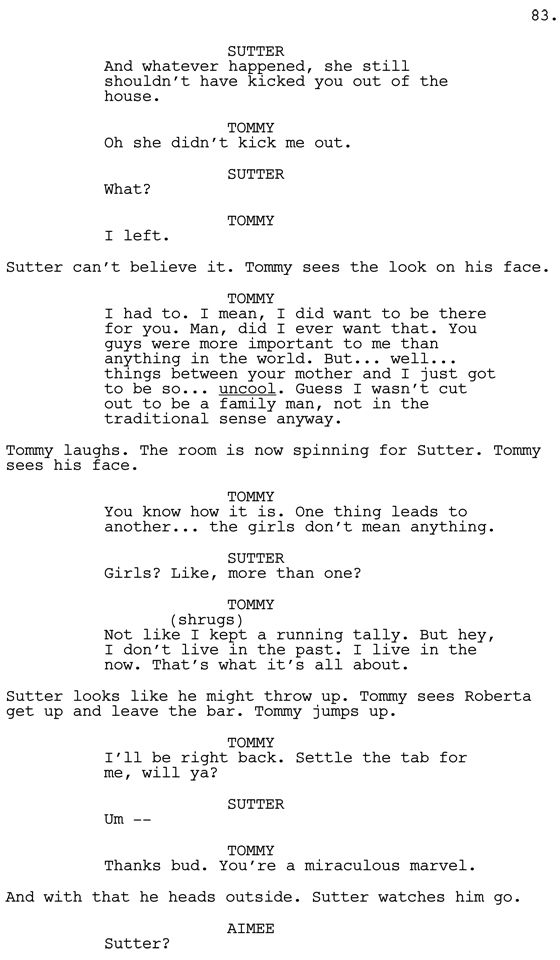 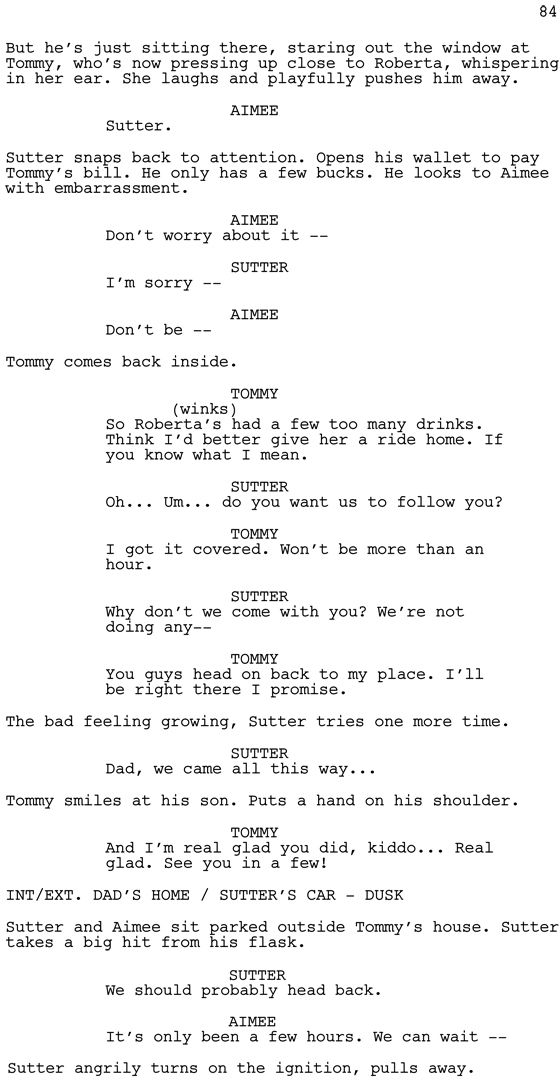