In this series, Vulture has been speaking to the screenwriters behind 2013’s most acclaimed movies about the scenes they found most difficult to crack. What pivotal sequences underwent the biggest transformations on their way from script to screen? Today, writer-directors Joel and Ethan Coen discuss a scene midway through their new movie, Inside Llewyn Davis, where unlucky-but-talented folk singer Llewyn (played by Oscar Isaac and loosely based on the real-life crooner Dave Van Ronk) finally gets his chance to audition for the important music manager Bud Grossman.

ETHAN COEN: I’ll tell you the truth. We wrote this script not only quicker than we usually do most of them, but maybe even quicker than we’ve done any of them. I don’t know why.

JOEL COEN: There’s not a lot of plot. In the middle of it, we thought, “Okay, we’re writing something that doesn’t have the usual engine in terms of forward momentum or narrative drive.” It’s just not a “plot movie,” and to insert plot elements in any conventional sense into a movie like this would be wrong. It’s a movie about following a guy for a week or so, to whom not very much happens.

ETHAN COEN: We would reject things for being too “dramatic.” In the context of this story, it would be easy for things to feel too melodramatic, and we wanted it to be kitchen sink-y. But when it came to the song for Llewyn’s audition scene, that’s something we had trouble with: What’s he gonna play for his important audition for this music manager? Those songs are every bit as character-defining as much as the dialogue is, and we didn’t know what the song in that scene would be.

JOEL COEN: So you think about things that you’ve heard and things that you’ve listened to in your life. It’s kind of hard to just take the scattershot approach of, “Oh, I’ll just listen to a whole bunch of new songs for the first time and hope that one of them will work”; it’s more the case with a lot of this stuff that you finally remember, “That’s the song.”

ETHAN COEN: In the case of this scene, Oscar was already cast and we still didn’t know the song we were going to use. Oscar had some input into it, and he wanted a very bluesy, showy Dave Van Ronk song. And we thought, “No, that’s not right for this.” But even the wrong thing can be good to hear, because it leads to a conversation. Somebody says the wrong thing, and you get to react to it and decide, “Okay, why is that wrong?” And it helped us to figure out what might be right, and that’s how we remembered the song we ended up using, “The Death of Queen Jane.” 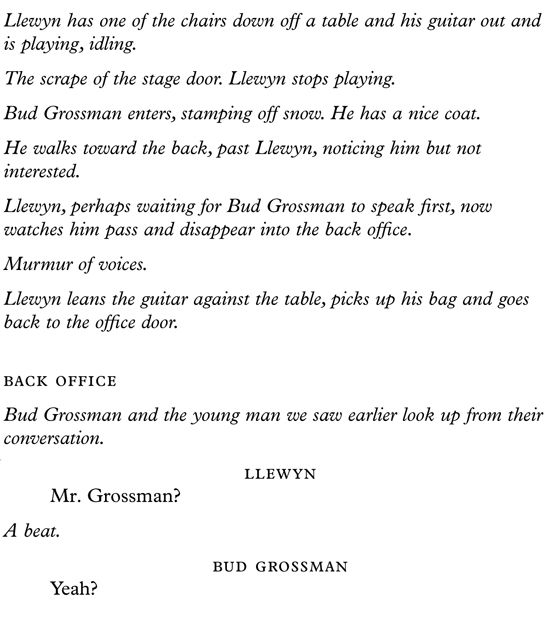 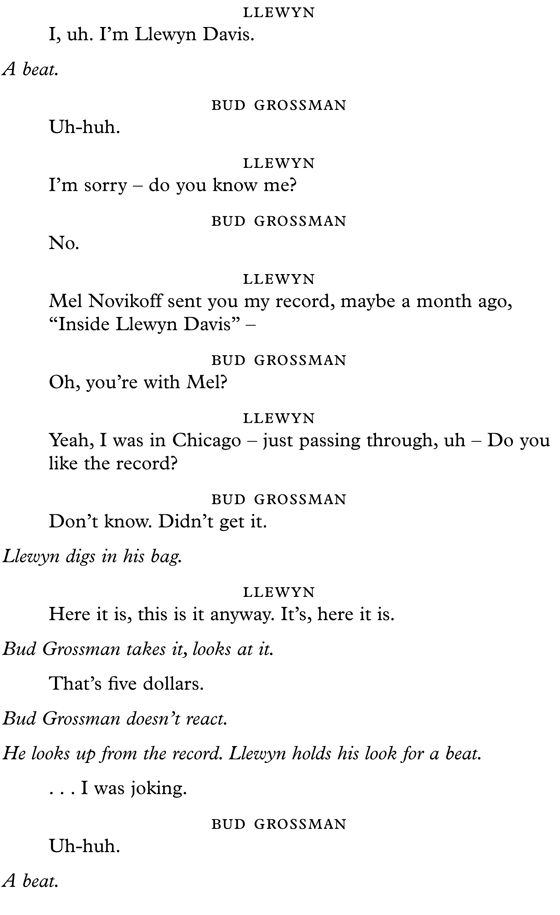 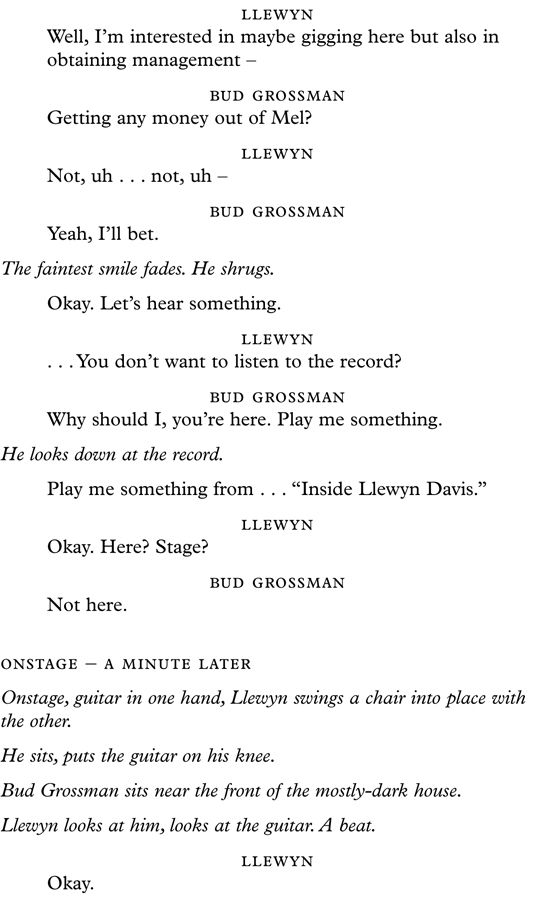 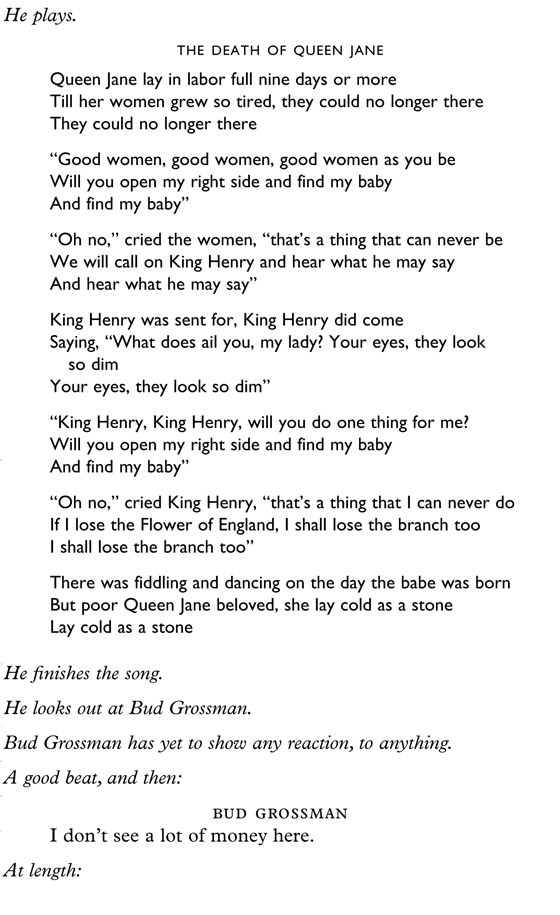 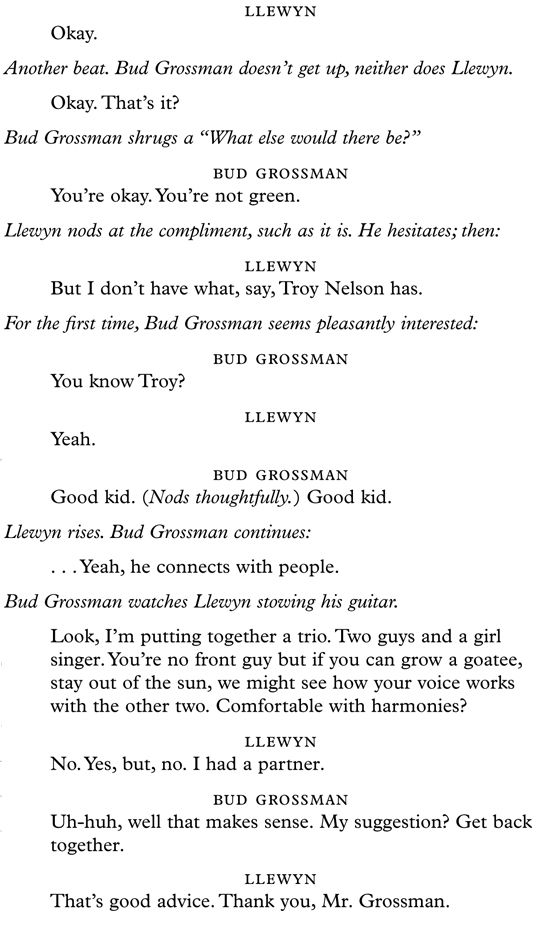