In this series, Vulture has been speaking to the screenwriters behind 2013’s most acclaimed movies about the scenes they found most difficult to crack. What pivotal sequences underwent the biggest transformations on their way from script to screen? Today, actor Steve Coogan talks about Philomena, which he co-wrote with Jeff Pope and stars him as Martin, a jaded journalist trying to help the trusting Philomena (Judi Dench) unravel the mystery of the son she was forced to give up for adoption years ago. The scene is then excerpted below. (SPOILERS follow.)

The toughest thing I wrote would have to be the scene where Martin tells Philomena what has happened with her son. It’s the scene I’m most pleased with, but it took a long time to get right because I wanted it to be emotionally powerful but not feel over-crafted. The thing that you labor over is to make it look effortless — that’s the cruel irony of creativity — so in a way, we had to craft it to look un-crafted.

Why I’m pleased with that scene is the juxtaposition of comedy and conflict, with tragedy built right into it in a way that feels truthful and like real life. It starts with Philomena overwhelmed and impressed with this selection of things for breakfast at the hotel. That’s all she can think of, and yet there’s some devastating news awaiting her. The scene has an element of tension and mystery — there’s something, dare I say, Hitchcockian about it that I love — and all of these things come together in a perfect storm. The audience sees the bad news coming just before it comes, like a train approaching, and they just have to anticipate it.

Originally, when we crafted the scene, it was all from Martin’s point of view, with Philomena literally in the distance. On the day we filmed, Stephen Frears, our director, made the decision that we should join her at the breakfast buffet, that we should leave Martin alone for a second. That altered it slightly; we’re now in both Martin’s head and Philomena’s head. And that’s nice. Judi’s performance is so well-judged here, too. It’s not “too cute.”

We could have put this reveal anywhere, but we thought, what’s the most in-conducive, non-serene place to hear bad news? How can we put this reveal in a place where it doesn’t fit and sit comfortably, like during a hotel breakfast, and make a virtue of that? I love obstacles, actually. If there weren’t obstacles, I’d put them in; it’s almost like creating a problem for yourself on purpose. You can go up the mountain on a path, or you can go off the path and have to scrabble over some rocks and find ledges. It’s more precarious, but it’s also more interesting. 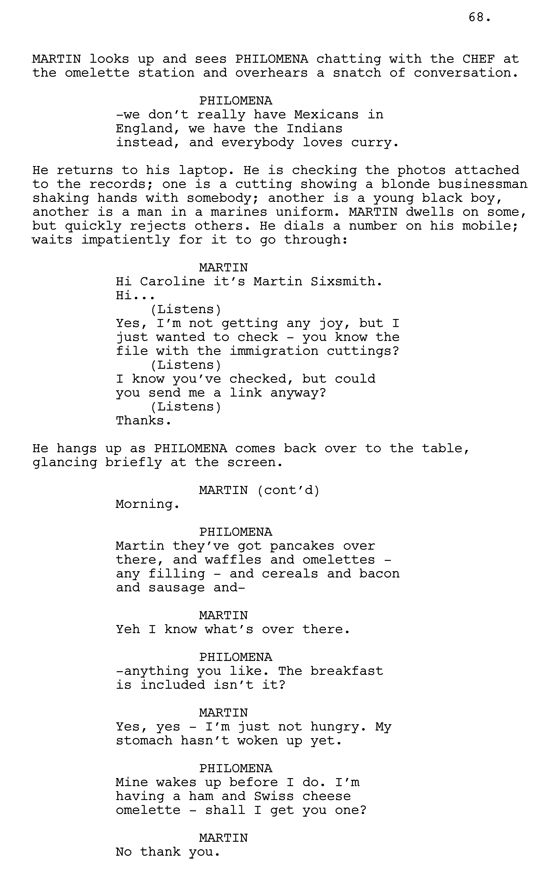 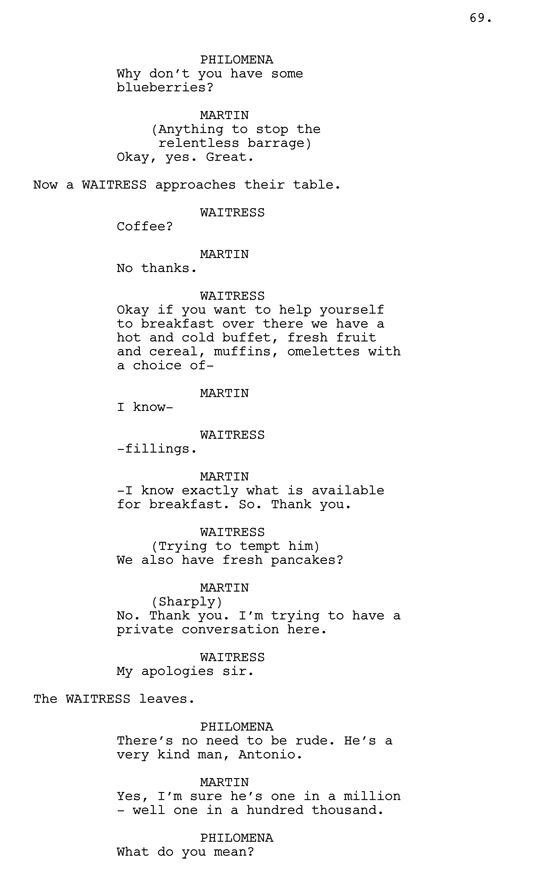 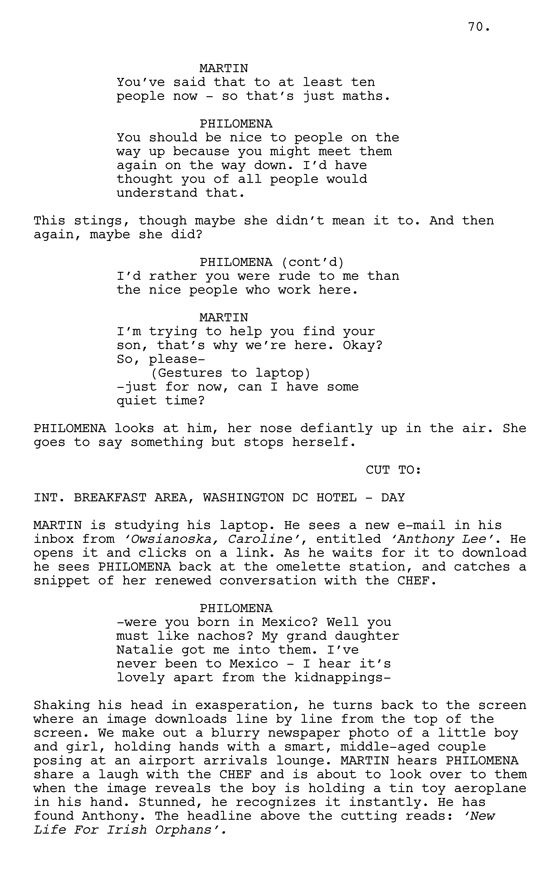 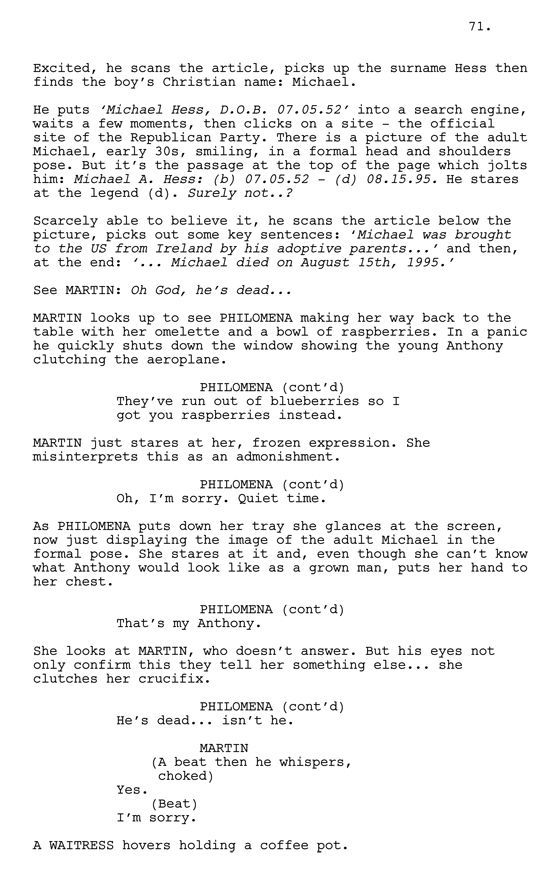 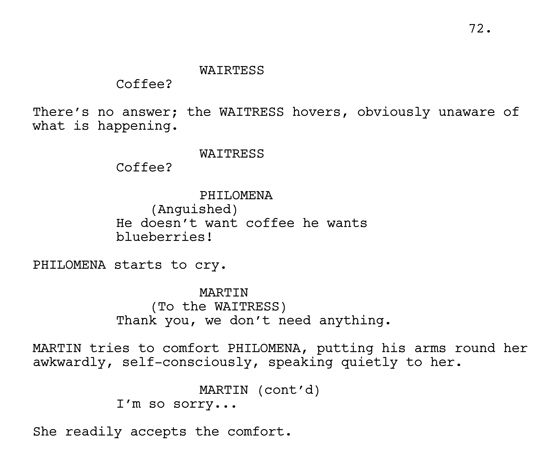 The Toughest Scene I Wrote: The Coen Brothers on Inside Llewyn Davis