Here’s all we know for certain about the fourth edition of The Greatest Event in Television History: It airs January 23 on Adult Swim and it pairs Paul Rudd with Adam Scott. The teaser image Adult Swim released earlier this week, featuring Rudd and Scott looking all chummy and early eighties in white T-shirts, caused a predictable torrent of Internet speculation about which classic TV show would be the spoof target of the show’s fourth installment. Today, Vulture gives you a much stronger hint with the below exclusive image, in which Rudd and Scott mug for a promotional billboard. We have our suspicions as to the homage target, but we’ll hand it over to you: Which sitcom do you think Scott and Rudd will be reenacting? Note the baseball tees and telling mops, and then take your best guess in the comments. 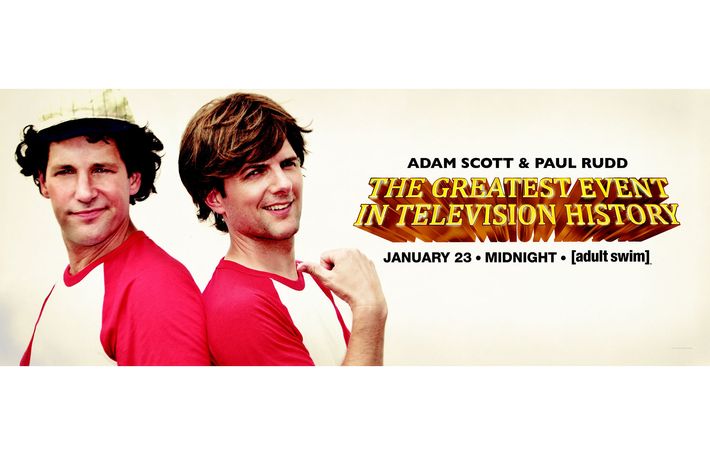