Didn’t it seem for a while like Leonardo DiCaprio might never grow up? The actor will turn 40 this year, but for most of his career, DiCaprio looked not just youthful but positively teenaged: In films like 2004’s The Aviator, where the actor had to be aged up to play Howard Hughes as a bearded, fortysomething recluse, DiCaprio still looked for all the world like a baby-faced freshman spirit-gumming a fake beard onto his cheeks for the big high-school play. Eventually, those Tiger Beat looks seemed like more of a curse than a blessing — you had to wonder whether DiCaprio’s appearance would ever catch up to his increasingly mature taste in projects — but somewhere along the line, the spell was apparently broken: Early on in The Wolf of Wall Street, when DiCaprio’s wannabe stockbroker mentions that he’s just 22 years old, I actually found myself unable to buy it. (Did you ever think you’d see the day when Leonardo DiCaprio couldn’t play 22 convincingly? I figured he’d be cast as jailbait all the way into his Lifetime Achievement years.) When, exactly, did the once-ageless Leo go from twink to twunk? Let’s examine the following timeline of pictorial evidence and see if we can’t figure it out together. 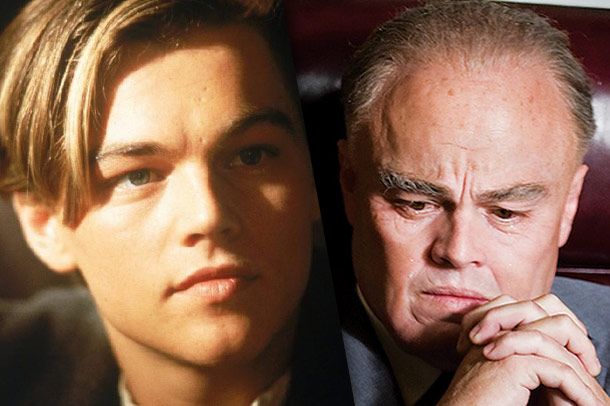 Here’s how it’ll go: I’ll present you with one of DiCaprio’s early twink roles and one of his later twunk roles, and we’ll keep moving the goalposts narrower and narrower until we can pinpoint the exact year “the change” happened. We’ll begin on the early side with dewy Leo in 1997’s Titanic, where he’s still so strikingly lithe that when the film was rereleased recently in 3-D, his co-star Kate Winslet delighted in telling the press, “You know, he’s fatter now — I’m thinner.” (Real talk, Katey W.) On the opposite side of the spectrum, we’ve got Leo in 2011’s J. Edgar, and while I cheated a bit by presenting him in his old-age makeup, at least he seems convincingly venerable in it: Squint a bit, and he looks like he’s about to dispense cranky advice to Sam Waterston at the end of an episode of Law & Order. What’s the difference between twink and twunk here? In J. Edgar, Leo’s playing a middle-aged character scripted by Dustin Lance Black, while in Titanic, he looks like someone who Black might actually date. (Sorry, had to.) 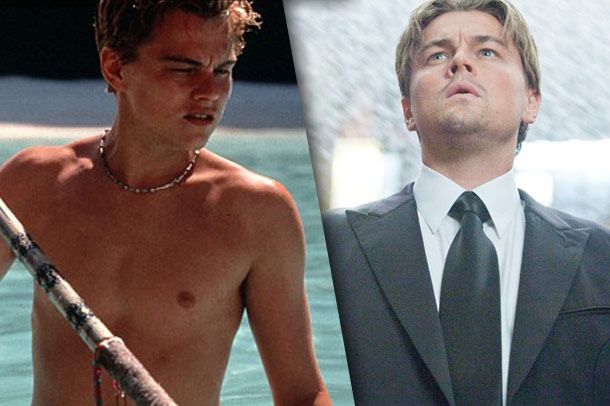 Let’s narrow our focus a bit: On the left, we’ve got spaghetti-limbed Leo in 2000’s The Beach, while on the right, we’ve got adult Leo ten years later in Inception. Leo’s Beach role came out three years after Titanic, but if anything, he looked even younger in this film, his shirtless scenes serving up cupcake rather than beefcake. Ten years later, he’d be covered up by Inception’s immaculate suits, but even with that boy-band haircut, Leo’s filled-out face is still solidly twunk, don’t you think? Time to move those goalposts further in. 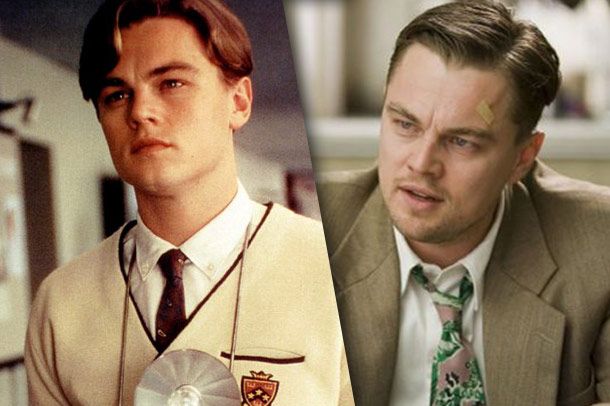 Here’s Leo in 2002’s Catch Me If You Can and 2010’s Shutter Island; in both, he’s working a period look complete with dress shirt and tie, but his youthful looks suit Catch Me If You Can, where he truly does seem like a teenage impostor impersonating a doctor and pilot. By contrast, Leo’s in his late thirties in Shutter Island and actually looks it — the only thing that feels like a put-on there is his “I’m a fed-er-ah mah-shul” accent. 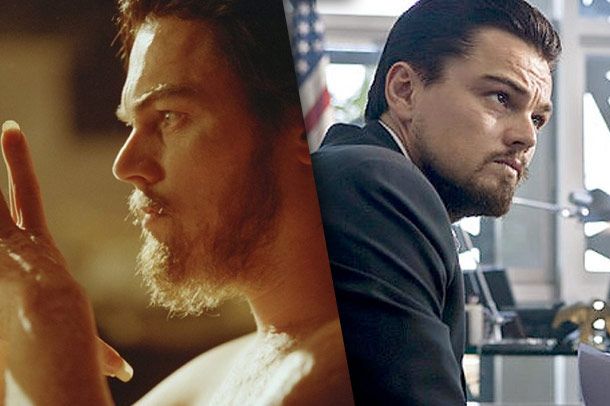 Only four years separate these bearded looks in 2004’s The Aviator (left) and 2008’s Body of Lies (right), but it’s not until the latter that Leo seems like he’s actually able to grow that facial hair on his own (even if his chinstrap is edging into seriously unfortunate Dave Navarro territory, yikes). Still, though DiCaprio felt too young at the time for his era-spanning Aviator gig, we’re narrowing in on the moment of his impending twunkitude. Can you feel it? 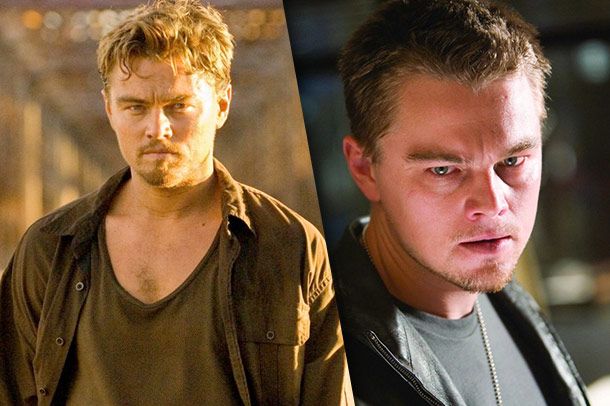 And now, we’ve begun to hit upon his transition from boy to man. On the left, we’ve got Leo in Blood Diamond, where (much like a breast-augmented lady who can’t wait to put the new goods on display) all of his shirts were cut low enough for Leo to proudly show off his five freshly grown chest hairs. On the right, full-featured Leo glowers, adultlike, in Best Picture winner The Departed. Both movies were filmed in 2005, so we can confidently name that as the year that DiCaprio’s big change happened. But can we go further and nail down the exact date? We can. Nay, we must. 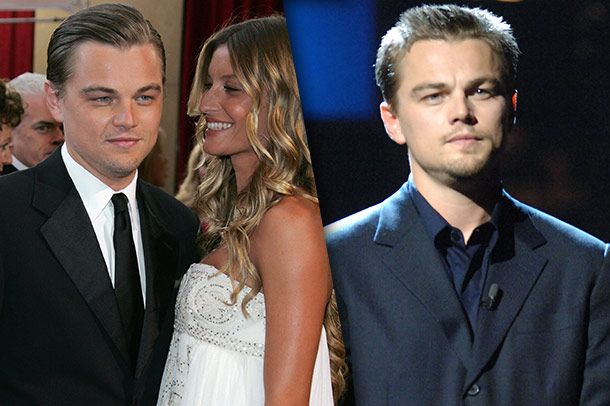 Let’s put our science hats on and examine the candids from that year! You’ve got dressed-up Leo at the Oscars in February (left), where he’s still youthful enough to look like he could be waiting for Kate Winslet at the bottom of the stairs in Titanic, but by the time Leo takes the stage at an “Earth to America” event in November of that year (right), there’s clearly no way he’d ever get carded again. It’s apparent that the twink/twunk transition happened in between those two dates, and by scanning the rest of his paparazzi photos and red carpet pictures from 2005, we can safely say that …

… Leo finally, finally shed his stubborn adolescence in September of 2005, at the premiere of Martin Scorsese’s Bob Dylan documentary No Direction Home. Just look at this red-carpet photo: Can you even tell whether he’s twink or twunk here? You cannot! He’s changing before our eyes, like we caught him in the middle of his own terrifying Lindsay Lohan morph video. And so, ladies and gentlemen, we can finally conclude our exhaustive, questionably scientific investigation into Leonardo DiCaprio’s aging process. The answer you’ve long been looking for is that on or about September 19, 2005, 30-year-old Leonardo DiCaprio officially went from twink to twunk.

You may now add that information to Wikipedia.

All the Curses in Wolf of Wall Street, in Charts