This list was first published in 2014, and has been updated to include Beck’s latest music.

Describing Beck’s vast catalogue with an adjective — or even five — is a fool’s errand. He broke through during the early ’90s “anything goes” alt-rock boom, hitting big with the slacker-hop anthem “Loser” and carrying that song’s momentum through downcast freak-folk and feedback-drenched jitters on his major-label debut, Mellow Gold. The albums in its wake have followed Beck’s musical flights of fancy to wherever they might lead: amped-up funk, breezy tropicalia, even (gasp!) serene, meticulously arranged rock.

On his 13th album, Colors, he follows up his 2015 Album of the Year victory for Morning Phase with another unexpected move: He embraces his pop-star status, leading the way through songs that supplement his musical fastidiousness and boundless curiosity with precision-grade polish and big hooks. Here, Vulture ranks Colors and his other 12 albums, and throws in Song Reader, his 2012 book of sheet music, for good measure. 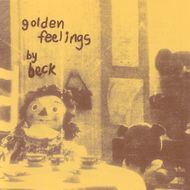 13. Golden Feelings (1993)
Beck’s first album is a cassette-only 1993 release that opens with him slurring, “I’ve got the fucked up bluuuuuues.” The rest of it pretty much proceeds along that path — his voice wavers around its lowest register and the music lurks underneath layers of sonic gunk. The occasional grappling-hook-strong riff bubbles up, but there’s so much else going on that digging through to find them isn’t all that appealing a prospect. 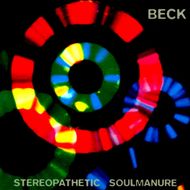 12. Stereopathetic Soulmanure (1994)
Released a week before Mellow Gold, on a label associated with the L.A. punk zine Flipside, this album delivers on its title’s promise: It’s a sliced and diced trip through the bowels of Beck’s brain, with glitched-out electronics and up-from-the-mud guitars jostling for space with relatively straightforward folk tracks. Johnny Cash covered the glum, slide-guitar-accented “Rowboat” as part of his American Recording series, and it’s easy to hear why; even though Beck’s slightly strangled vocal performance has half a wisecrack lurking within, its simple melodies and unabashed heartbreak reveal just how well Beck can operate within the crying country form. 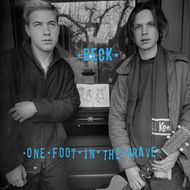 11. One Foot in the Grave (1994)
What’s an oddball troubadour to do after rocketing to fame on the strength of a left-field hit? Beck’s answer was “Head to Olympia, Washington,” which at the time was a hot spot for playfully defiant independent music. Beck teamed up with Calvin Johnson, the buzz-saw-voiced founder of the storied label K, for this aggressively minimalist, genially sloppy collection. Loose-limbed tracks like “Outcome” and “Asshole” sound right at home on K, a bastion of lo-fi, although that label has been contractually barred from putting out the record in recent years; Beck rereleased it (with some extra tracks) on his own label in 2009. 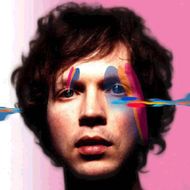 10. Sea Change (2002)
Can a musician notorious for his genre-melding playfulness get serious and stripped down? In the case of Sea Change, the answer is “Yes, but.” Recorded with Radiohead engineer Nigel Godrich, who also worked with Beck on Mutations, this album has expert players (Beck’s longtime guitarist Smokey Hormel is joined by half of the cult-beloved power-pop act Jellyfish and session lifer Joey Waronker) and quite a few moments of beauty. But those snatches rise out of a morass that seems too deliberately restrained and at times unfocused; songs like “Guess I’m Doing Fine” and “The Golden Age” could have as much as a minute chopped off their mid-tempo chugging and be somewhat improved. 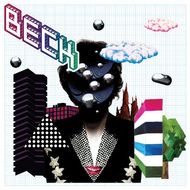 9. The Information (2006)
A solid if relatively unexceptional effort from someone whose catalogue is made up of high points, this lengthy 2006 release had a sticker-book cover, voice-over work from Spike Jonze and Dave Eggers, and a battery of videos crafted for simultaneous viewing. The muscular, sweet “Think I’m in Love” is perhaps Beck’s most straightforward expression of being besotted. 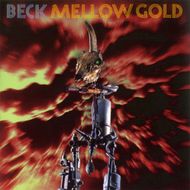 8. Mellow Gold (1994)
Beck’s 1994 breakthrough cleans up much of the gunk that clouded the songcraft of his earlier releases. Sure, the end result isn’t entirely spit-shined, but hints of griminess were essential to Beck’s initial appeal; the way the slide guitar on “Loser” isn’t played so much as it is attacked, the bong-water burble that powers the head rush “Beercan,” and the quit-your-McJob middle-finger of “Soul Suckin’ Jerk” all contribute to a Portrait of the Artist As a Devoted Slacker. “Pay No Mind,” with its surreal expressions of impending-success angst, serves as the flip side of that attitude. 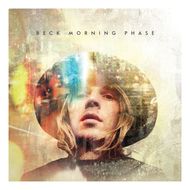 7. Morning Phase (2014)
Beck’s Album of the Year-winning 2014 full-length was heralded as a return to the form he found on Sea Change, although its brooding restraint feels less forced than its predecessor’s. The hazy vocals and sad strings on “Wave” recall Spiritualized at their most blissfully bummed-out, while the guitar-solo coda of “Waking Light” provides a fitting end to the record, its sun-dappled solo fading into an ending that is literally a screeching halt. 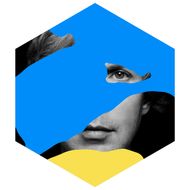 6. Colors (2017)
﻿Beck’s first in-depth on-record collaboration with pop guru Greg Kurstin (Tegan & Sara, Kelly Clarkson) is a loose-limbed yet gorgeously detailed collection of sparkling pop songs that calls back to Beck’s earlier breakthroughs. His vowel-marveling verses on the woozy “Wow” recall the spaced-out wordplay of “Loser,” while “Up All Night” grooves like “E-Pro.” But the taut, slick Colors also dives headfirst into crates of New Wave and power-pop 45s, with the shuffling barroom ballad “Dear Life” and the punchy “No Distraction” sounding like freshly minted Shrieks of the Week. 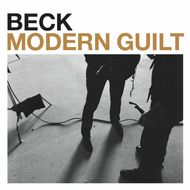 5. Modern Guilt (2008)
Possessing the sharp yet loose feeling of a jam session between people who have been playing together all their lives, Beck’s 2008 Danger Mouse–produced album is an easy-breezy listen that throws in just enough curve balls to catch the ear on a regular basis, with the floating “Chemtrails” and fuzzed-out, fidgety “Replica” among its highlights. The guitars on “Youthless” pop like pistons, while the strutting “Gamma Ray” is almost like a grown-up “Devil’s Haircut,” trading in that song’s maximalized cool for a little bit of walking on air. 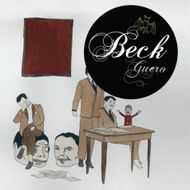 4. Guero (2005)
Opening with the storming singalong “E-Pro” and barreling along from there, Beck’s confident 2005 album is filled with some of his best late-era tracks — the rave-up “Black Tambourine,” the future-sex dystopia “Hell Yes,” the twisted Western “Farewell Ride.” The bleepy, breezy “Girl” is one of Beck’s catchiest songs, although its blackly left-field lyrics give it an unnerving edge. 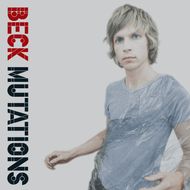 3. Mutations (1998)
If Sea Change was Beck’s attempt to grow up, 1998’s Mutations­ — also recorded with Nigel Godrich — was the sign that he already had, twinning weary lyrics with some of his most impressive songcraft. True, he didn’t keep the mood quite as somber as he eventually would, dipping playfully into different styles here and there; “Tropicalia” showed the Lollapalooza set how to blame it on the bossa nova. But there are plenty of moments of genuine beauty: The regretful “We Live Again” shimmers like a slow dance at a ghost prom, and “Nobody’s Fault But My Own” is a stunning lament. 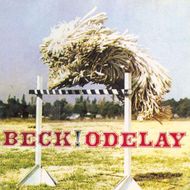 2. Odelay (1996)
Mellow Gold was Beck’s breakthrough, but from the storming first note of “Devil’s Haircut,” it’s clear that Odelay was his flag-plant, his signal to the world that he was going to transcend the fate of many alt-rock-radio peers and be more than “that ‘Loser’ guy.” The details on Odelay only serve to animate the songs, many of which rank among Beck’s best; the fuzzed-out screams of “Minus,” the effervescent electronics ornamenting the groovy “The New Pollution,” the weary guitar solo on “Where It’s At.” None of the experiments seem superfluous. Instead, they sound like the end result of a thrilled-with-his-powers scientist finally mastering his formula. 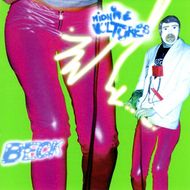 1. Midnite Vultures (1999)
Irreverent, riotous, and intoxicated by its author’s ability to bend funk and soul to his will, Beck’s cusp-of-the-millennium release isn’t quite perfect, but the way it brings together his artistry, his willingness to crate-dig, and his penchant for sticking Easter eggs inside his already jam-packed music makes it the entrant in his catalogue that’s the most fun to revisit. “Sexx Laws” sets the tone (and proves just how tame things were back in 1998 compared to our sex-tape-littered present), juxtaposing his out-of-this-world imagery with just enough vulnerability to pack the chorus’s “cryyy-yyyyy” with a bit of self-laceration. From there, the party continues. Tracks like “Get Real Paid” and “Mixed Bizness” sound like the bleepy, melted end result of someone sticking a bunch of soul 45s into a modem bank and turning the air conditioning off. And then there’s “Debra,” where Beck lets his freaky falsetto fly while propositioning a girl and “only” her … well, and her sister, too.

* Song Reader (2012)
Beck’s attempt to emulate the Great American Songbook is a bit difficult to evaluate in the context of his catalogue — the rest of which is a testament to the fact that melodies on paper only tell part of the story. Covers of various tracks are all over the web, however, and some approaches show how plainly lovely the tracks are — the Portland Cello Project’s in toto re-creation of the album has a couple of spellbinding Tin Pan Alley moments, while Bradley Dean Whyte & the Perfectly Violent Dream’s fuzzed-out take on “Do We? We Do” [NSFW] samples Beck’s 2005 song “Go It Alone.”

A Guided Tour of Beck: Making Sense of His Canon