Turns out the internet can (and will) find ways to have fun with even the most dour of TV shows. Take True Detective, HBO’s dark drama packed with “artfully arranged corpses; drug-thug posturing and handgun-waving; gratuitous T&A,” as Matt Zoller Seitz wrote in his initial review. In this day and age, when you love something, just watching it isn’t enough. That’s why the internet is already packed with True Detective tributes — and it’ll likely only get worse. (Better?) Here are the best, so far: 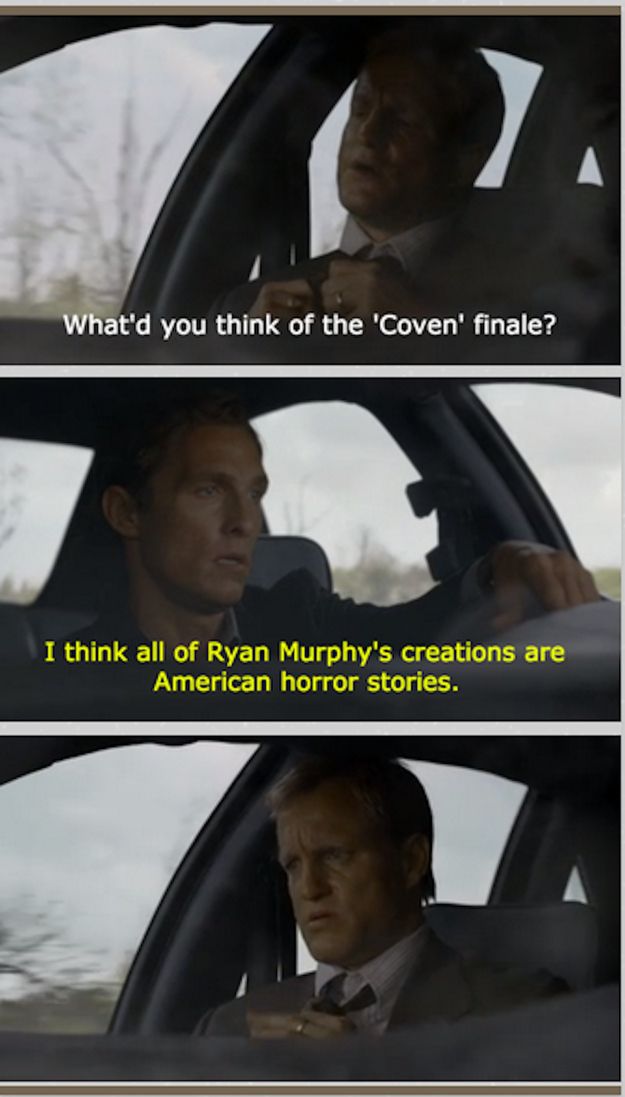 T.R.U. Detective, a.k.a. the same show, but starring 2 Chainz. (A full embarrassing disclosure: I created this one. And I’m sorry.)

A slew of True Detective—inspired Valentines:

There’s also that tattoo, reminding people of other things …

Whoever created this emoji 🌀 is definitely into True Detective.

What if True Detective is about Time Warner pic.twitter.com/B76aBczM1t