Nothing like a creepy name to capture the imagination of the TV obsessive who has become primed to expect mythology and “Easter eggs” in everything they watch. True Detective diehards have been discussing the Yellow King for weeks, ever since the name was first mentioned in episode two, plucked out of murder victim Dora Lange’s journal alongside mentions of black stars falling and a place named “Carcosa.” And in an interview with The Wall Street Journal’s Speakeasy blog on February 2, novelist and show writer Nic Pizzolatto name-dropped Robert W. Chambers’s 1895 story collection The King in Yellow as part of the show’s galaxy of influences. But it was an io9 piece, titled “The One Literary Reference You Must Know to Appreciate True Detective,” that spread the name far and wide. 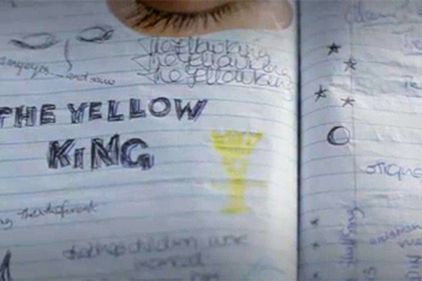 As that piece explained, The King in Yellow of the collection’s title is a play that drives anyone who experiences it insane. Chambers’s book influenced the work of H.P. Lovecraft, the early 20th century horror writer who wrote many short stories in which characters go mad after seeing the true nature of the cosmos (or giant, tentacled Old Gods — sometimes they’re o— ne and the same). Pizzolatto’s decision to use that same name for its mysterious, as-yet-unseen murderer/string puller, has lent True Detective a truly eerie, even supernatural, feeling that has helped to elevate True Detective above the typical police procedural. It has also inspired viewers — myself included — to go deep down the crawfish hole, much like Matthew McConaughey’s Cohle, who says in episode one, when speaking about his omnipresent ledger, “I’ve always taken a lot of notes. You never know what the thing’s gonna be, do ya? The little detail somewhere down the line that makes you say, ‘ah!’”

So we rewatch the episodes, look for clues both verbal and visual, note even the most minor of characters, strain to spot suspects lurking on the edges of the frame, and try to figure out how it all fits together. The knowledge that the Yellow King is a name taken from stories about vaguely supernatural stuff (which has propelled the ebook to No. 4 on Amazon’s best-seller list) has inspired some grand theoretical leaps, leading some to hope that the weird part of the show will get truly weird. But part of me fears that this is all a red herring and that the Yellow King isn’t anything more than what he appears to be on the surface — just a very bad man, something very familiar to TV viewers. Which, for me, would be very disappointing given the level of mythology that has rapidly built up around this show. And while it seems silly to drop Lost levels of Easter-egg-ness into a show that runs only eight episodes, that’s exactly what everyone seems to be doing. So let’s take a look at some theories about who the series’ master villain could be. (And head over to the True Detective subreddit where these, and many other crazy theories — the Yellow King is the owner of the Vietnamese sandwich shop — can be found.) 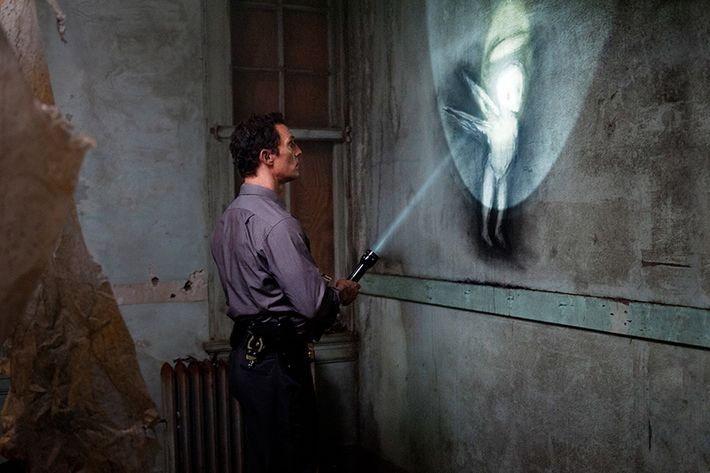 1. Rust Cohle
Did Cohle smell too much of the psychosphere and take over where Reggie Ledoux left off? In Sunday’s episode, as if coming out of a dream after several years of normal living — being good at his job, but also maintaining a relationship — he hears the name of the Yellow King during a routine interrogation and is set off. Soon, he’s back at the abandoned school from episode three, the one he never entered because Hart distracted him with news that they had gotten a line on Ledoux. Inside, he finds creepy drawings on the walls and many stick-figure devil traps. Does the madness take him over? 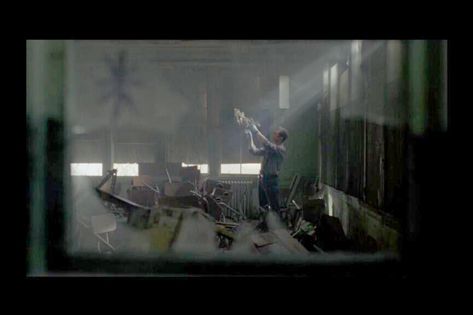 2. Martin Hart
Tow-headed (the blonde/yellow king), alcoholic, and with a daughter who shows signs (see: drawings, dolls) of being introduced to sexual content at an early age, Hart blows Reggie Ledoux away rather than run the risk of his true identity becoming known. His mention in episode five of having gone hunting once is interesting specifically for his mention of having bagged a ten-point buck, the same number of points that matches Dora Lange’s crown. (And, as mentioned above, he drew Cohle away from the Tuttle school that first time.) 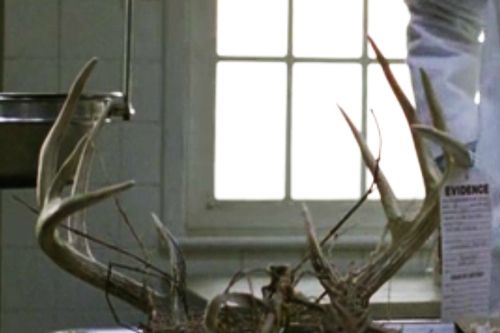 Hart is the one who speaks of suffering from the detective’s curse — missing that which is right under your nose — but maybe it’s Cohle who was blind to his partner’s true self. (Or, as the revivalist preacher says in episode three, “The face you wear is not your own.”) Also, someone spotted this familiar swirly pattern in Hart’s house. What does it mean? 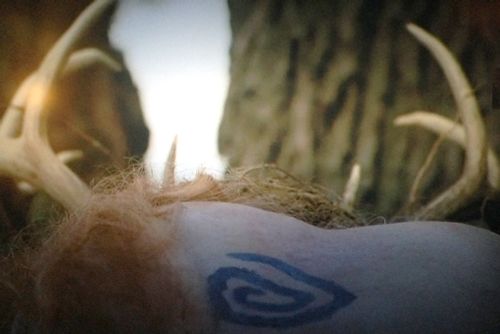 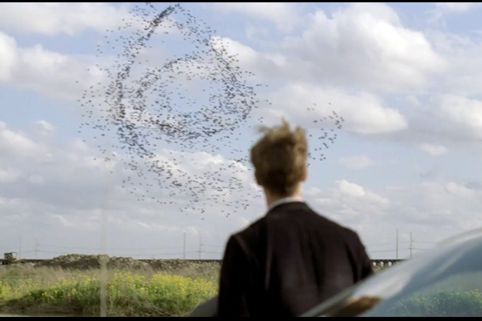 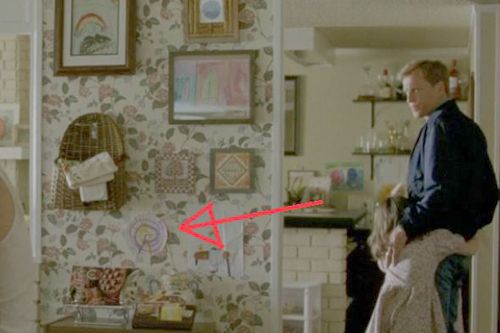 3. Hart’s father-in-law
“I’ve seen kids today,” he says in episode two. “All in black, wearing makeup, shit on their faces. Everything’s [about] sex.” That is exactly how Hart’s older daughter looks in 2002. It’s an odd coincidence, but not completely out of place for a show that employs the phrase “time is a flat circle” and that had one of its main characters (Cohle) utter in its opening minutes, “This is gonna happen again. Or it’s happened before. Both.” But if Hart didn’t do it, then maybe his pining-for-the-past, slightly racist father-in-law did. (And perhaps he molested his granddaughter who, we later see, wears a princess crown that flies up into the tree on the family’s front lawn.) He was definitely introduced for a reason, and he comes off as wealthy and potentially connected, the type of man whom Ledoux’s former roommate talked about as going down south to the place in the woods with the old stones looking for some “good killing.” 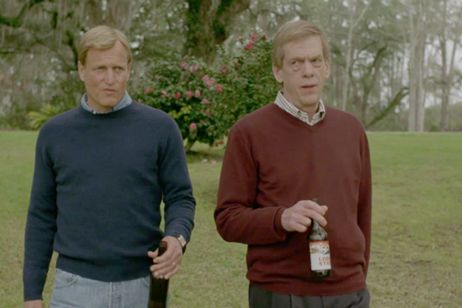 4. Preacher Tuttle
Another example, alongside Hart’s father-in-law, of Chekov’s Rich White Man. How could this guy NOT be the one? He was introduced in the very first episode, alongside mentions of a task force wanting to take over the Dora Lange investigation. Tuttle’s name is also attached to the school that episode five so ominously ends on. He’s cousin to the governor, which leads to suspect No. 5 … 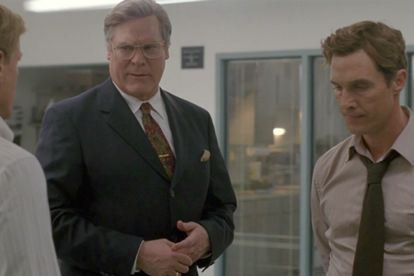 5. Governor Tuttle
It really would be so predictable if a high-up government official also turned out to be part of a child-murdering cult, but, you know, we’ve seen it before. He could be using the idea of a cult, and cultish symbols, to throw investigators off his trail.

6. The Lawnmower Man
Possibly, but unlikely given the reverence with which people speak of the Yellow King, a simple functionary seems out of the question. But maybe he’s the green-eared spaghetti monster?

7. No one, because there is no Yellow King.
He’s a made-up god or deity or simply a story that people tell each other when they’re on drugs or a made-up Big Bad used as a diversion, à la Keyser Soze.

8. The owner of this fast-food franchise.
Patton Oswalt cracked the code, y’all.

Who spotted the looming yellow crown on tonight's #TrueDetective? pic.twitter.com/MUa60ppVeL

9. The leaders of a bayou cult of Old God worshippers.
Please, God, please. I’ll do anything you ask if this turns out to be the show’s resolution. Amen.

+Comments Leave a Comment
True Detective: Who Is the Yellow King?