Throwing 12 teams into unpredictable international situations twice a year is a recipe for disaster on many levels, the most straightforward of which is bodily harm. Sometimes it doesn’t matter how good a team is at playing The Amazing Race; the mere act of running around all these countries and terrains can present unpredictable and painful hazards. As part of our Reality Rumble competition, Vulture counts down the ten most game-changing injuries to happen during the 24 seasons of the show so far, from injuries that have sidelined teams and forced them out of the competition to potentially life-threatening situations that players have bounced back from. Twisting your ankle, pulling your groin, or taking a very large fruit to the head: It’s all possible on The Amazing Race.

10. Marshall’s knee (Season 5)
Dallas pizzeria owners Marshall and Lance became the first team on the show to voluntarily quit the race when Marshall’s knee injury flared up and made him and his brother unable to compete during the Leg 6 roadblock in Egypt. While a huge moment game-wise, it may well be the least dynamic of Race injuries, since it just resulted in Marshall having to walk really slowly through several legs of the race. 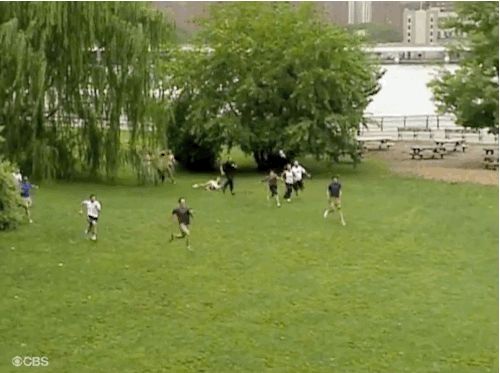 9. Renee’s concussion (Season 8)
The often ignored Family Season gets a moment to shine here, in part because of mathematics: doubling the number of people playing the game by instituting four-person teams meant more people running during the race kickoff, and therefore more likelihood for injury. And right out of the gate, injury befell Southern belle Renee Rogers when she fell during Leg 1 as the teams rounded a corner in pursuit of their backpacks. Her family was eliminated on the second leg of the race, when it was discovered that Renee had suffered a serious concussion. 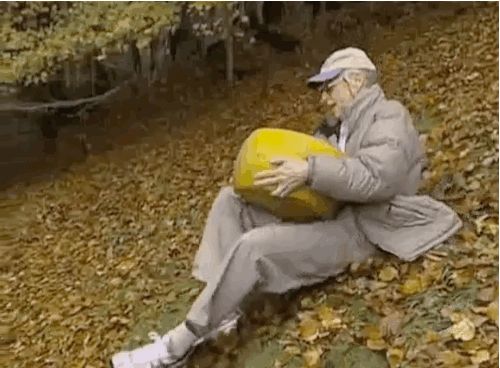 8. Mel’s groin injury (Season 14)
Cheese Hill is the most humbling of Amazing Race tasks — teams run up a steep incline with a tiny wooden backpack, then have to walk down said slope carrying two giant wheels of cheese on their backs. It usually results in grown adults straddling giant cheese wheels as they scoot down the hill in the mud, desperately hoping their cheese goes flying. In the case of actor-screenwriter Mike White and his dad, Mel, injury was added to insult when Mel pulled his groin during the task. 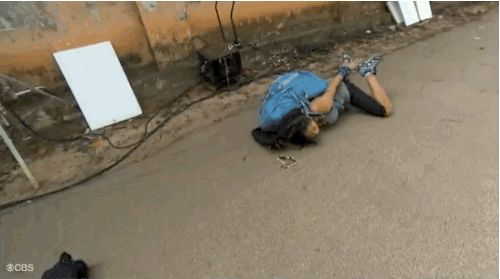 7. Vanessa’s sprained ankle (Season 20)
In a footrace in India, Vanessa tripped and sprained her ankle, but she and her boyfriend, Ralph, still finished the leg ahead of fan favorites Bopper and Mark. Even with a swollen ankle, Vanessa pushed through a Japanese game show challenge involving a rubber chicken without taking a penalty, but it wasn’t enough to get the competitive team past the 11th leg, putting them just shy of racing for a million. Even if Rachel and David were the clear favorites that season, it would have been nice to see Vanessa and Ralph in the final (and kept lame Brendon and Rachel out of it!). 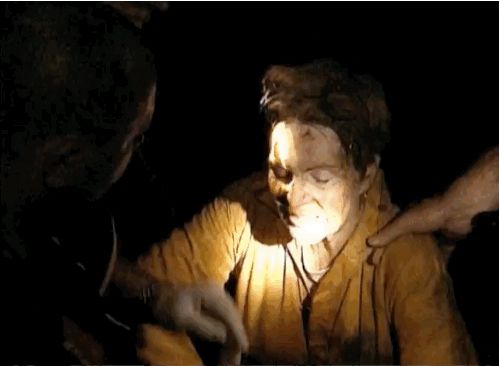 6. Gretchen’s face (Season 7)
Meredith and his wife, Gretchen, may have been one of the oldest teams to compete on the race, but they were fierce and determined. When a flubbed spelunking challenge forced the exhausted pair back into the cave to retrieve their clue, Gretchen fell and sliced her face open pretty severely. Medics were called; when the lights came back on, her face was revealed to be covered in blood. She simply quipped, “I’ve been wanting a face-lift for a long time.” A shining example to all Amazing Racers about how to react when you get a boo-boo. 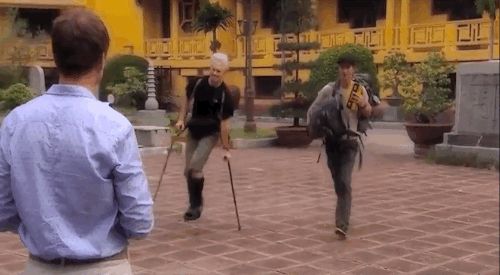 5. James’s leg (Season 21)
Although James injured his ankle on the very first leg of the season, that didn’t stop the Chippendales dancers from running a solid race, and even competing a daunting dance task on the Leg 8. Outfitted like Russian army members, they completed a complicated Trepak dance. James soldiered on, screaming for a medic who applied extra bandages after the task was finished. He hopped through the remainder of the leg, and eventually the pair finished in second place for the season.

4. Dave’s heel (Season 22)
This painful entry, which occurred when Dave and his son Connor were running to the Leg 2 pitstop, wasn’t visually dramatic, but it led to inspiring events. After acquiring a medical boot and crutches, cancer survivor Dave raced on a detached tendon to New Zealand and Bali, Indonesia, with he and his son, also a cancer survivor, winning both of those sections of the race thanks to start placement and strategic use of their Express Pass. Unfortunately, they could only push so far, and with the first-place leg-winnings in hand, Dave withdrew in Bali and flew home for surgery the next day. 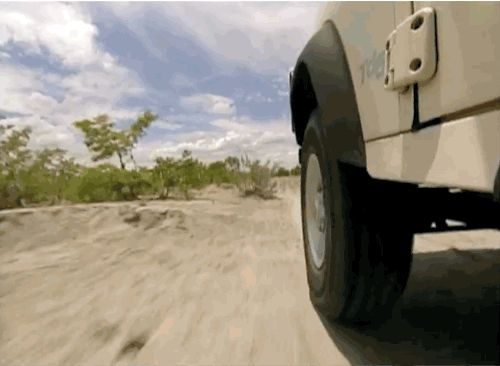 3. Brian and Greg’s 4WD accident (Season 7)
One of the most terrifying and potentially destructive accidents occurred when Brian and Greg rolled their 4WD in Botswana. Brian, who was driving, lost control on slippery sand, flipping the car and injuring their cameraman. After establishing medical attention for their cameraman, the brothers continued racing, made up impressive ground, and beat Ray and Deanna in a footrace to the finish to survive the leg. Following that mishap, Amazing Race has usually instituted professional drivers to take teams across dangerous terrains. 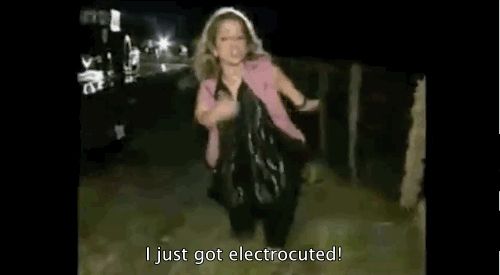 2. Charla’s electrocution (Season 5)
Cousins Charla and Mirna were one of the most consistently enjoyable and pretty much insane pairs in Race history, and several of their moments were memorable during their two stints on the show. However, their most iconic accident happened early on in this first race, during the third leg in season five. Stopping their car in the dark in Argentina, the gals got out to help another team who’d gotten stuck in the mud. Charla touched a fence and screamed, “I got electrocuted!” She survived the shock, but the girls could only hold on for a middling finish that season. 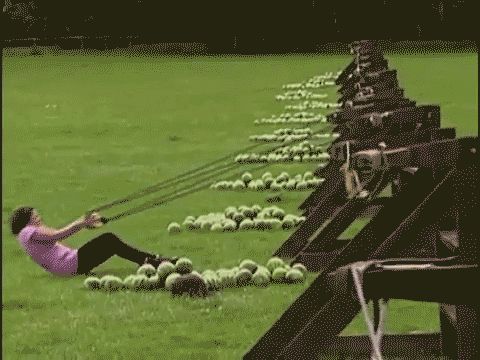 1. Claire’s head (Season 17)
And here it is: the viral video and moan heard round the blogosphere. There’s possibly nothing more debilitating than a watermelon catapulting into your face at point blank range, both for your safety and your pride. Home Shopping Network host Claire learned that important lesson during season 17, but despite the hit, she and her teammate Brook rallied. They not only survived that particular round, but even went as far as the final leg, racing for a million dollars and nearly becoming the first all-female team to win The Amazing Race.