James Gandolfini passed away last June at age 51, a couple of months after wrapping what would become his last film. The Drop, which is due out on September 19. It stars Tom Hardy as a former criminal who tries to straighten up his life by becoming a bartender. Gandolfini plays Hardy’s uncle, another former criminal. Today, USA Today featured an interview with the film’s director, Michaël Roskam, and writer, Dennis Lehane, and published the below photos from set. 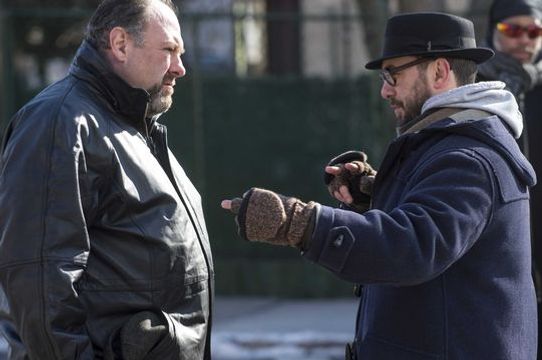