Like a pony ride through a meth lab, Supernatural is more fun when it’s unpredictable. Cable series and network “event” television long ago doubled down on heavily serialized storytelling, but even sitcoms, long married to standalone formats, are increasingly shifting toward long-form storytelling. As a procedural-serial hybrid, Supernatural tries to have it both ways; it asks us to remember lots of mythology while occasionally asking us to forget all that mythology and just have fun. But increasingly, it’s the mythology episodes that bring the biggest thrills, and that’s for one big reason: They don’t need to stick to a formula. 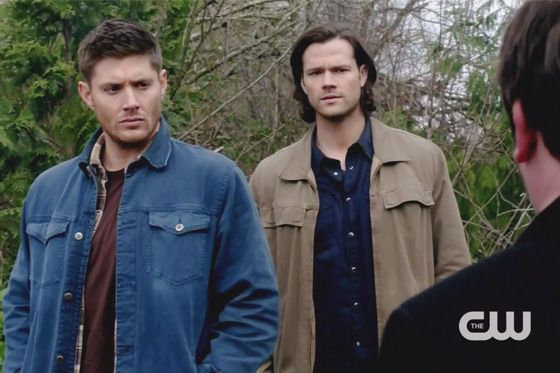 In, say, an evil clown episode of Supernatural, you know there’s going to be a cold open in which an innocent victim is slaughtered; there’ll be an Act 1 conversation between the Winchesters about a childhood trauma that will factor in later; there’ll be an Act 2 MacGuffin and an Act 3 red herring; an Act 5 showdown will destroy the monster, and an Act 6 conversation will remind us that the Winchesters love each other to the point of hatred. Credits roll, bedtime, let us never think of this episode again. But in a mythology episode, our memories and emotions are engaged from the outset, and whatever happens in Act 1 won’t necessarily point a clear path to how the episode concludes. This week’s episode, “Blade Runners,” for example, told a mini-episode during the first ten minutes about a former Hell king with a drug problem, but it ended with a showdown between the Winchesters and a former Man of Letters. At no point did these story beats unfold in an obvious way, and it’s that sense of surprise that made “Blade Runners” a season highlight. Sometimes it takes the rejection of formula to stir our jaded souls, and Supernatural embraced this anything-can-happen ethos with the determination of meth-addled pony. It was truly something to behold. 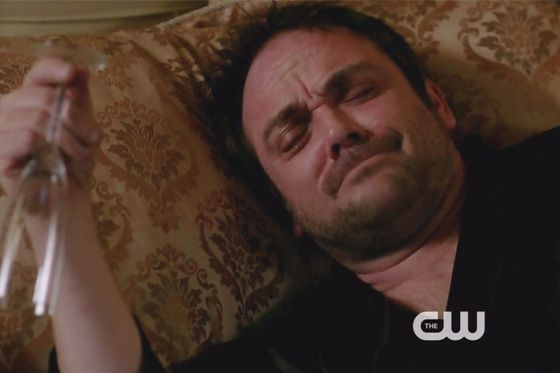 Like, did you ever in your life imagine Supernatural would include a scene of Crowley slinking around a ravaged hotel room, shooting up human blood while Lou Reed’s “Heroin” played on the soundtrack? I’m going to go ahead and speak for myself here, but no, I never expected to see that on Supernatural. Here’s what Crowley had been up to since we last saw him: He’d taken a presumably unpleasant hike around the the Marianas Trench floor only to discover that the First Blade had been taken by a series of explorers, thieves, pirates, and art dealers, so he gave up the search and decided to hole up in a hotel room with a sexy demon, syringes, and sad black-and-white movies. Next thing we knew, the increasingly antsy-to-kill-Abaddon Winchester Brothers (a.k.a. Moose and Not Moose, per Crowley’s caller I.D.) were dragging Crowley back to the Men of Letters headquarters to make him quit cold turkey. This clever riff on an intervention, Supernatural-style, was enhanced by the sense that Crowley actually needed help and seemed grateful to the brothers for it; at one point, he even gazed upon Sam longingly like the band had gotten back together or something. Again, these moments pack a punch due to our longtime relationships with these characters, and they’re another reason why mythology episodes can have more fireworks than a monster-of-the-week episode. When it comes to a story’s entertainment value, deep-seated affection can be a powerful steroid. 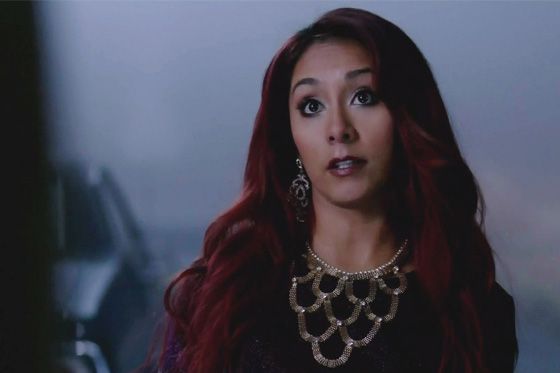 From there the episode became a treasure hunt, as a newly recovered Crowley helped the boys track the First Blade again. This included a bizarrely four-years-too-late cameo by Nicole “Snooki” Polizzi as herself, as a crossroads demon, and then some very awkward sexual tension between Dean and an art-history cougar who’d sold the blade to a mysterious collector. In addition to his usual pithy commentary, Crowley did at least one awesome thing that I can’t believe I hadn’t thought of before: He self-vomited his demon essence into a man just to read his mind, and then self-vomited himself back into his old body armed with all of the man’s memories. Now, THAT is an aspect of demonic possession this show hasn’t played around with enough. That’s probably because meat suits have a low survival rate, but still. It was a great moment. 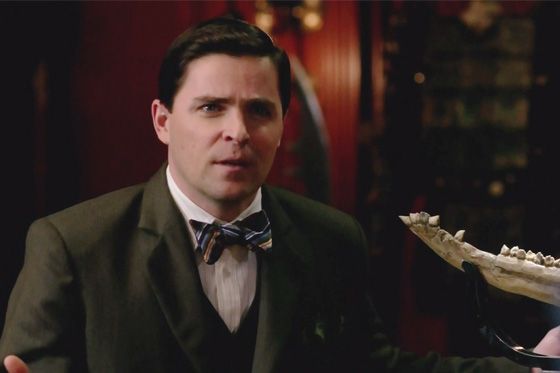 The hunt ended when Crowley and the boys realized that the current owner of the First Blade was Magnus, a man who’d quit the Men of Letters back in the 1950s shortly before they’d all been murdered. Magnus was an amazing character. Dapper in his Mad Men-era attire and well-appointed drawing room (located in an INVISIBLE MANSION in the woods), he also had a fully stocked “zoo” full of every mythological creature and an array of incredible artifacts. Unfortunately, when the Winchesters confronted him with their request for the blade, he took one look at Dean’s Mark of Cain and decided to collect HIM as well. Not a great move on Magnus’s part, as Sam and Crowley re-invaded the invisible mansion, freed Dean, and then watched as Dean used that fully activated weapon for the first time. Man, that jawbone can really sever a head! The only downside seemed to be that Dean began to eye Sam with the wrath of a murder-minded brother, so that will probably not be a great situation later on. Even worse for the Winchesters, Crowley immediately realized that it was only a matter of time before the brothers used the blade to murder him, so he stole the blade and disappeared until such time as Dean could capture Abaddon for execution purposes. Classic Crowley! 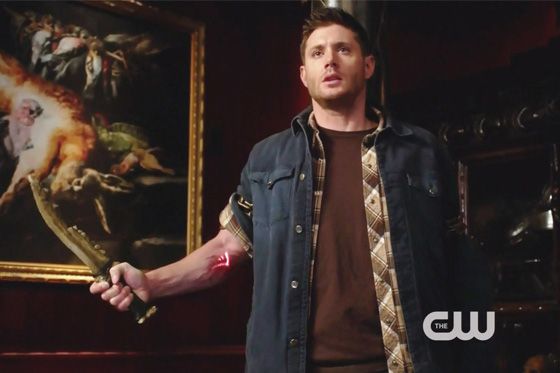 It’s this last beat that finally revealed the overall story path from Crowley the Junkie to Crowley the King. He’d been at his rock-bottom after a series of unusual defeats, but thanks to the Winchesters, he was back at full steam (and to be honest, that final betrayal DID make logical sense). This whole enemy-of-my-enemy relationship between the Winchesters and Crowley is one of the most compelling dynamics this series has seen, and as long as Supernatural keeps Crowley constantly on the verge of redemption, I see no end to its emotional rewards. Oh, and the best thing about this last scene? No whiny Winchester melodramatics. Just the two of them, slack-jawed at Crowley’s disappearance, and then bam! End titles. Maybe a final conversation was cut due to the past few episodes’ re-ordering, or maybe there never was one. Either way, it’s these unexpected variations to the format I applaud. Nothing’s less scary or less entertaining than something you know to expect, so points to Supernatural for going a different route this time. 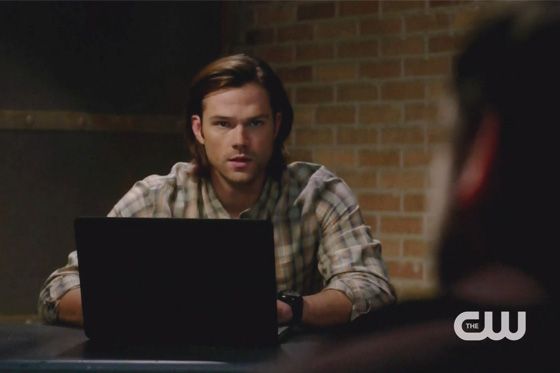 “Blade Runners” was everything we needed from an episode of Supernatural. Character dynamics, unexpected team-ups, a Lou Reed song, a surprising treasure hunt, a great villain, and most importantly, SURPRISES. It’s probably too much to hope that Supernatural continues to embrace non-formula (not every show can be Breaking Bad), but we should still appreciate the unexpected whenever we can, especially as the season builds to its finale. Like a pony getting a glass pipe slapped out of its mouth, it was definitely time for Supernatural to quit playing games and take us home.

+Comments Leave a Comment
Supernatural Recap: Blood and Other Drugs