When Supernatural’s show-within-a-show Ghostfacers debuted in season three (complete with its own theme song, opening credits, and commercial bumpers), Supernatural had only just begun playing around with meta comedy and outright parody. The then-ubiquitous genre of ghost-chaser reality shows was ripe territory for a couple of steam-rolling Winchester bros, and since then Supernatural’s gotten even weirder and more esoteric with its meta-commentary. Slash-fic, Supernatural conventions, even occasional jaunts to Jared Padalecki’s mansion: All are now normal things within the Supernatural multi-verse. But while Ghostfacers’ original parodic gimmick may have lost some edge and effectiveness over the years, Harry and Ed’s appearance in “#THINMAN” had a heavier, more important purpose: to provide a cautionary tale to the Winchesters on how easily friendships can break down over trust issues. In that sense, the Ghostfacers’ return was a welcome reunion. If only the actual supernatural threat were anywhere near as effective. 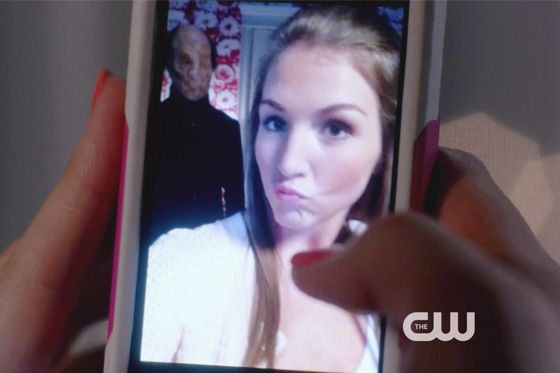 There’s maybe no scarier horror genre than the suburban boogeyman slasher, so the cold open had me VERY excited: A teen girl taking selfies in her bedroom looks closely at one of the photos and realizes there’s a faceless man standing behind her. From there, she frantically hides in the closet, calls 911, and that’s when a blade reaches out from the shadows. Yes, after all of season nine’s complicated goings-on with fallen angels and prophets and Winchester drama, it was so nice to return to an old-fashioned slasher premise. In this case, the killer was Thinman, an obvious riff on the creepypasta Slender Man mythos invented a few years back by members of a SomethingAwful message board. A contemporary monster to compete with the staid likes of vampires and werewolves, Slenderman is a (possibly inter-dimensional) being who shows up in the backgrounds of photographs, his too-tall silhouette, black suit, and faceless white head supposedly an ancient creature’s bad attempt to mimic humanity. Slenderman’s mysterious, unknowable menace struck a nerve and inspired countless stories, images, and found-footage YouTube series (the definitive one being the Marble Hornets saga, currently at 82 episodes and counting). This is all to say that it was about time that Supernatural brought us a Slenderman episode! “#THINMAN,” unfortunately, was a major disappointment in that regard. Sigh. “Didn’t we almost have it all?” —W. Houston. 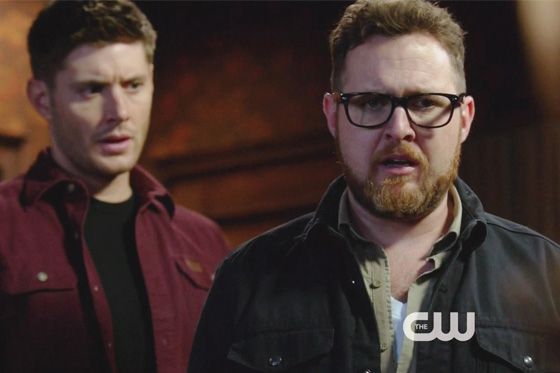 Horror writers, and particularly Supernatural writers, are suckers for a twist. The problem is when the twist completely destroys what made the concept scary in the first place. Just cutting to the chase here: The monster in “#THINMAN” ended up being merely two dudes in masks, transforming the story from fantastical supernatural horror into a normal murder mystery, which, in my opinion, is a genre downgrade. Don’t trick us into watching yet another serial killer thriller, we have Criminal Minds for that! A similar blunder nearly ruined the Friday the 13th franchise (spoiler: Part 5’s killer is not Jason Voorhees after all, but merely someone impersonating him) and this will probably be controversial, but Scream basically derails after we discover the killers are her friends. Writers love a satisfying, pat ending, but I’m not sure satisfying, pat endings work well in the horror genre. In the case of “#THINMAN,” the Winchesters even acknowledged the precedent of monsters made real through mass belief (per season one’s “Hell House” episode, in which a Tibetan spirit symbol turned an urban legend into reality), so even a retread of that phenomenon here could have made for killer commentary on the online horror world. Instead the credits rolled on a run-of-the-mill Scooby Doo–esque unmasking and ensuing double homicide. In other words, we started with something fantastical and ended with two regular dead dudes. A twist, yes, but also a total letdown. 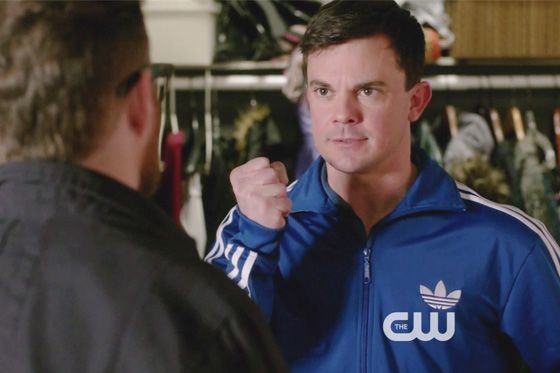 To be fair, “#THINMAN” had more on its mind than exploring internet urban legends or even scaring us in the slightest. As the episode unfolded and we learned more about what Ghostfacers’ Harry Spangler and Ed Zeddmore had been up to since we last saw them, it became clear that this episode was really about the breakdown of a friendship. Harry and Ed had arrived in town to investigate the teen girl’s murder (a funny recurring bit involved how they’d beat the Winchesters to each crime scene and made people supernatural-minded before the bros could show up to do their fake FBI thing). Apparently these two remaining Ghostfacers had fired the other members and written a book about Thinman, elevating them to a experts in their field. But as we came to learn — and parallel alert! — Ed had secretly fabricated the legend of Thinman in order to give Harry a better life. Harry’s discovery of this betrayal and his subsequent anguish over it gave Sam plenty of opportunities to glance at Dean knowingly. What a similar set of emotions they’d been experiencing! 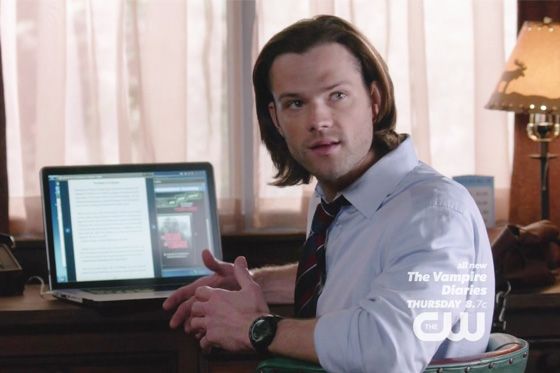 If we’re being real, “#THINMAN” kiiinda overdid it with this parallel. Seemingly the entire middle 20 minutes of this thing were devoted to sad-sacks sitting in a motel room whining about betrayal. Like, we get it. Show us the monsters. In the end, Harry and Ed parted ways, but one would hope the Winchesters took note of the needless heartache and will hopefully stop being so mean to each other? All this unnecessary Winchester angst is my least favorite element of season nine and I hope it ends soon. I hate to be the guy who pines for the straightforward monster-hunting of season one, but I think I am that guy sometimes. I love Castiel and Crowley and the dense mythology Supernatural’s forged over nine seasons, but I also love a good, scary premise. “#THINMAN” promised to be that up front only to twist into something more mundane. Writers beware: Twists just aren’t always worth it.

+Comments Leave a Comment
Supernatural Recap: Man in the Mirror