Just last Thursday, the top spot in Apple’s iOS App Store was held by a Flappy Bird knockoff that used rapper Drake’s face as a stand-in for the bird. After the original Flappy Bird app was unceremoniously removed from the app store, Apple reported that, on average, 60 Flappy Bird clones were being uploaded to the app store per day. Why then, did a flying Drake rise to No. 1? 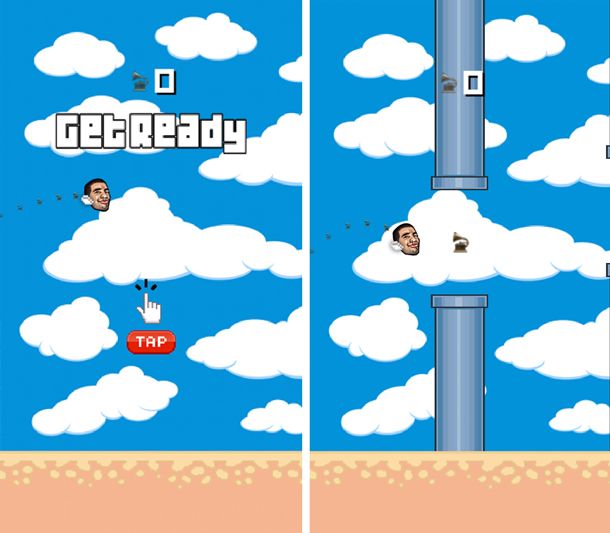 With thousands of clones to battle against (everything from “Flappy Fish” to “Fall Out Bird”), Drake sat at No. 1 for a bit before relinquishing his spot to Justin Bieber (“Flying Bieber HD”). This week, “Tiny Flying Drizzy” is sitting pretty at No. 8 in Arcade Games (No. 23 in Top Apps), but it’s not the first Drake-themed app to garner attention. Who could forget “Dress Up! Drake Edition” — an app that let you put clothes on a shirtless Drake and share him with your friends. 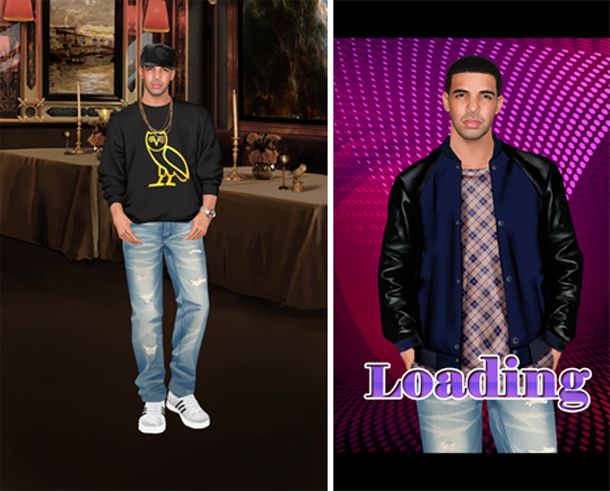 There was also “Drake Shake,” a photo booth app that could put Drake into the photo with you. 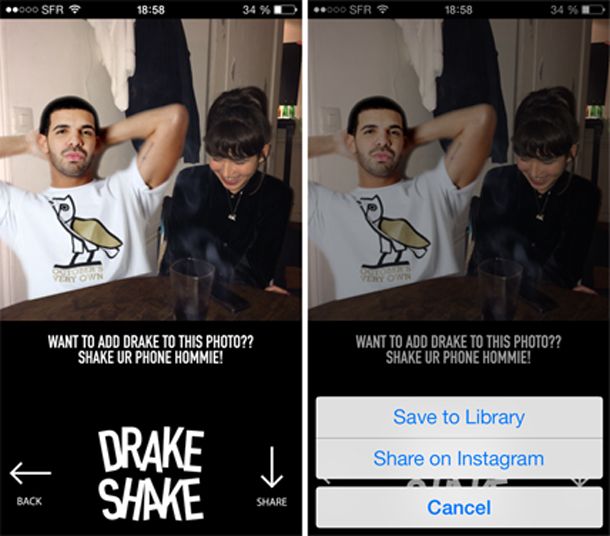 Because of that app, for a good week or so, Drake was hanging out in all of our Instagram feeds. And we wanted him there! Not just because he happens to be a popular artist, but because he’s the kind of celebrity we imagine we’d actually hang out with. Drake’s Everyman reputation has always been a refreshing change from the bombast and glitz of hip-hop. (Okay, yes, sometimes he does try with the glitz, but it always turns out more adorable than showy, which he probably realizes.) From what we gather, he’s a vulnerable dude and he’s not afraid to be vulnerable publicly. Whether that’s partially a caricature conveniently exaggerated for art’s sake, we might never know.

But he’s definitely the type of guy who “gets” the joke. And therefore is less likely to sue you for use of his image and/or defamation. (Unless you quote him talking shit about Kanye.) Not to mention, this isn’t his first time around a meme. Don’t forget: The guy invented “YOLO,” so every time we’re reminded to take a chance because we “only live once,” it’s because of him. His single “Hold On, We’re Going Home” inspired Starbucks Drake Hands, after a fan used the song to soundtrack a failed seduction technique. Twitter gave him his own hashtag game, #DrakeTheTypeOf, which poked fun at his sensitivity: “Drake the type of n*gga to pretend to be asleep in the car so his boys will carry him inside.”

App developers are hoping to profit off the fame and continuing newsworthiness of stars like Miley Cyrus and Justin Bieber. Unfortunately, they tend to be newsworthy in an annoying way — Bieber’s recent jail visit and Miley’s twerking on tour escapades continue to fill salacious headlines. But Drake’s got a lot fewer haters; he’s practically the Julia Roberts of hip-hop (if you’re not counting Lil’ B … And we’re not). It’s a much better bet to put that signature Aubrey smile into an app. Who wouldn’t want to tap on that?

+Comments Leave a Comment
What’s With All the Drake-Themed Apps?