Game of Thrones is a show comfortable with shocking viewers with terrible plot twists. Mostly in terms of killing off main characters, but also liberally employs other nasty and hard to watch moments. On Sunday night’s episode, it delivered one of its worst. (Read on only if you’ve seen this week’s episode.)

Jaime Lannister rapes his twin sister Cersei while the two are lying right next to the cold body of their recently murdered son. It actually might be the most terrible incident on the show to date. It’s not included on this list because rape (and it was a rape despite the assertion by some commenters on various recaps that it was not) and sexual assault are violent crimes, not perversions. But the presence of a corpse in the room made us think of other line-crossing moments. We’ve picked out eight of the most egregious.

1. The killing of the bastards.
Joffrey orders the death of what has to be dozens of teens, children, and babies in an effort to wipe out all of his father’s illegitimate children, potential heirs to the Iron Throne. 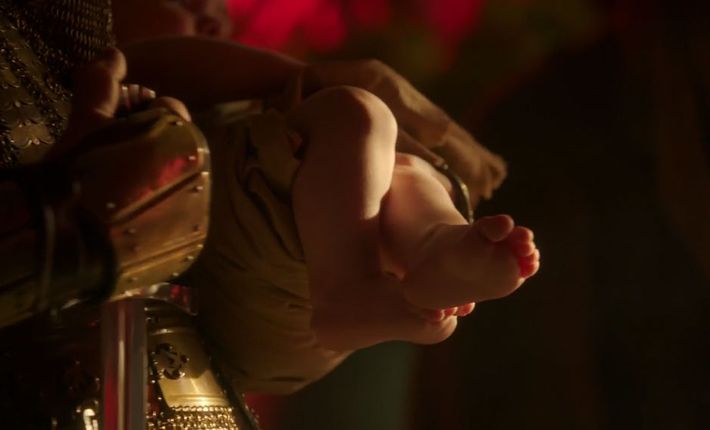 2. He’s my brother, he’s my lover, he’s my brother and my lover.
Game of Thrones ended its very first episode with a moment of great perversion. Jaime and Cersei are caught mid-romp by Ned Stark’s son Bran who, as a result, is pushed out of a window. 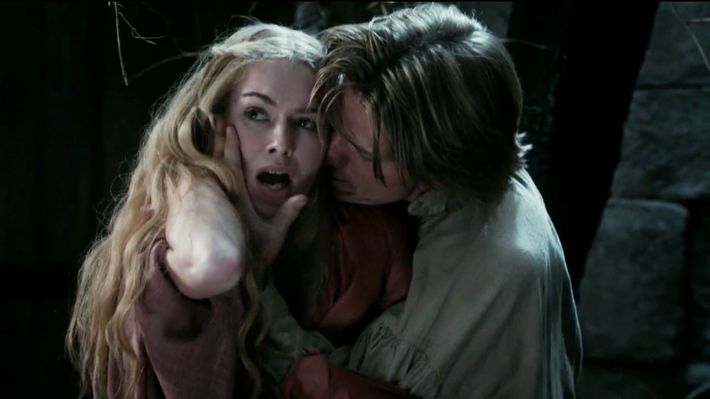 3. Attachment parenting.
When Catelyn takes Tyrion prisoner and shows up at her sister home in the Vale of Arryn, she discovers that Lysa is still breastfeeding her boy of 8 or so. The first season episode “The Wolf and the Lion” coincidentally aired within a week of Time magazine’s cover story about attachment parenting, which showed a picture of a mother breastfeeding her rather large-looking 3-year-old son. 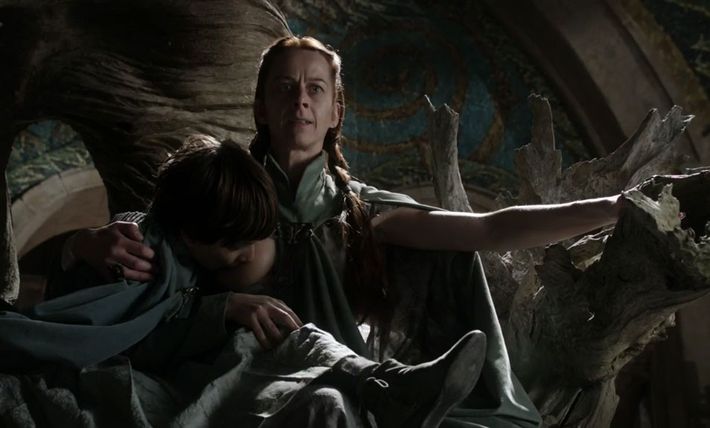 4. Half-man.
Following the events of the Red Wedding, the head of Robb Stark’s direwolf Grey Wind is placed upon his decapitated head and inadvertently paraded around in front of his sister Arya. 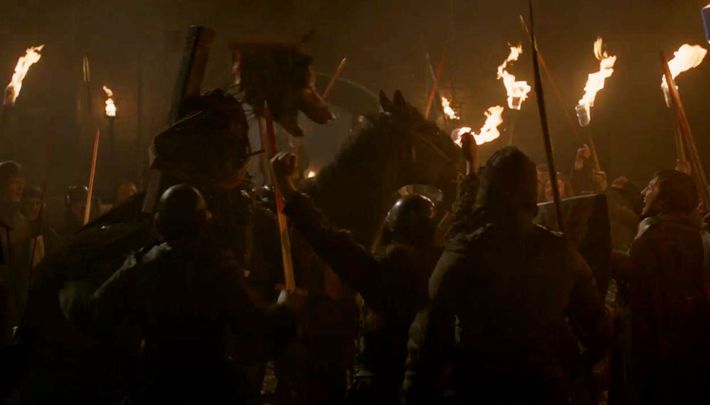 5. Speaking of those nuptials …
This show has a real thing about babies, children, and family, resulting in some of the most harrowing scenes. In the now-infamous Red Wedding, a pregnant Talisa is stabbed repeatedly in the belly. (Right before her husband, mother-in-law, and all of their bannerman are slaughtered.) 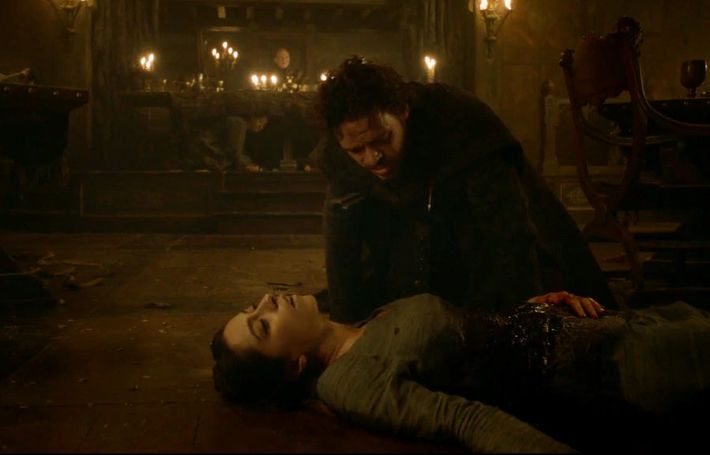 6. Theon gets handsy.
Upon returning to his home in the Iron Islands, Theon is met at the harbor by a woman he takes an immediate liking to. While riding behind her on her horse, he takes an opportunity to feel her up and rub her off. It is later revealed that this is his sister Yara. Terrible. 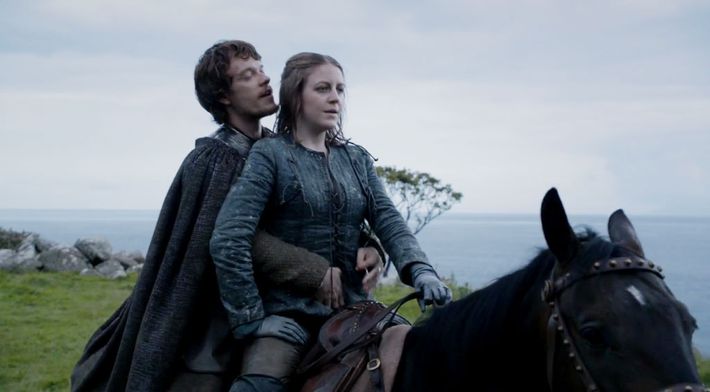 7. Smoke gets in your womb.
A pregnant Melisandre births a murderous monster made of black smoke. It’s a really bizarre scene.

8. That’s my boy.
Balon Greyjoy received a package in the post — his son Theon’s penis. 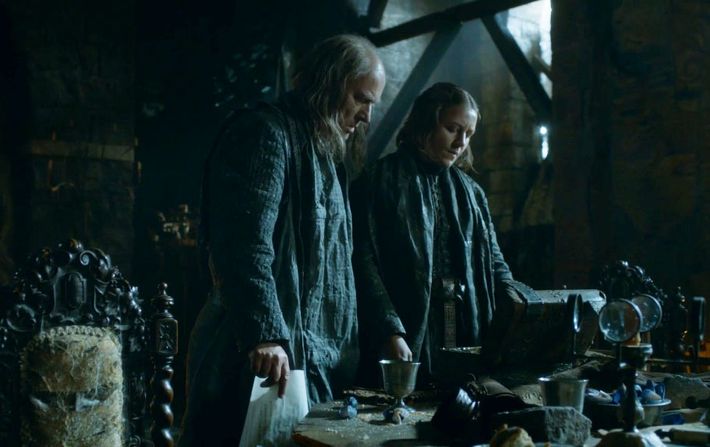 it's morbin' time 7:37 p.m.
Why Is Everyone Seeing the Minions Movie? The Morbius Effect, but it actually worked.
collabs 6:57 p.m.
Watch Drake Briefly Become the 6th Backstreet Boy You can’t do Toronto without Champagne Papi getting involved.
imposters 6:37 p.m.
Amber Heard’s Legal Team Asks Judge to Throw Out Verdict Over Alleged Fake Juror Will the real Juror No. 15 please stand up?
vulture lists 12:00 p.m.
40 Movies and TV Shows to Watch If You Like Stranger Things From Akira to Twin Peaks and Under the Skin.
overnights 10:00 a.m.
Evil Recap: Highway to Hell That’s right, baby, Evil is taking us to church court!
manifesting Yesterday at 5:14 p.m.
Taron Egerton Is Dropping Hints That He Wants to Play Wolverine Directly to Marvel president Kevin Feige, apparently.
overnights Yesterday at 3:02 p.m.
Love Island Recap: Play With Monopoly, Not With Me Ekin-Su doesn’t understand the rules of engagement, and it’s going to get her in trouble.
hmm Yesterday at 1:30 p.m.
Brian Cox Has a ‘Lot of Respect for’ Succession’s Logan Roy And thinks he’s a very misunderstood man.
theater review Yesterday at 12:04 p.m.
In White on White, an Anti-racism Conversation Turns Monstrous “When horror does finally arrive, it’s ecstatic and Cronenbergian and bizarre.”
crime Yesterday at 10:30 a.m.
R. Kelly Sentenced to 30 Years in Prison in Sex-Crimes Case He is now suing the Brooklyn detention center where he is being held for placing him on suicide watch.
movie review Yesterday at 9:00 a.m.
The Princess’s Vain Requiem for the Girlboss This dumb elevator-pitch gag of a Hulu movie has the aura of an intrusive thought.
finales Yesterday at 8:00 a.m.
Stranger Things Just Wouldn’t Stop Running Up That Damn Hill  The fourth season of the Netflix series got stuck on repeat.
can you blame her? Yesterday at 12:17 a.m.
Seeing Stranger Things’ Vecna Made Millie Bobby Brown Cry “She was visibly just disgusted.”
stan behavior July 1, 2022
Cardi B Has Hard-Launched Her BTS Bias on Twitter During a Q&A in which she also hinted at new Normani music.
timelines July 1, 2022
A Timeline of Travis Scott’s Post-Astroworld Public Return This year’s Day N Vegas festival, where he was due to headline, has been canceled.
rip July 1, 2022
Joe Turkel, The Shining and Blade Runner Actor, Dead at 94 The character actor was known for his roles as Lloyd the bartender and Dr. Eldon Tyrell.
netflix house style July 1, 2022
The Duffer Brothers’ MasterClass Kills All Hope for a Steve and Dustin Spinoff But it just might tease a conspiracy-theory-filled Stranger Things 5.
tearing you asunder July 1, 2022
Stranger Things 4’s Most and Least Devastating Deaths Ranked by tears shed and byes waved.
rip July 1, 2022
Technoblade, Late Minecraft YouTuber, Honored by Gaming World “He will be missed dearly,” the official Minecraft account tweeted.
dinner party July 1, 2022
Where Are You Sitting This Week? Does the joy of Usher outweigh the burden of the DNC?
More Stories