This weekend, as you search for a movie to watch, you can celebrate Easter and watch a perennial like The Ten Commandments or pick one of approximately 14 billion options available on streaming over a variety of services, be it Netflix, Hulu, Amazon, On Demand, or other sites. Every Friday, Vulture tries to make life easier by narrowing it down to a handful of heartily recommended options. This week, your very own cinematic Easter egg hunt. Can you find them all?

Inspired by Dark Horse’s comic crossover event, director Stephen Hopkins hid a Xenomorph skull aboard the Predator ship, a decision emblematic of the film’s overall (and enjoyable) goofiness. Little did he realize the Easter egg would steer the futures of both the Predator and Alien franchises.

Director Sam Raimi’s nostalgia for the good ol’ days is all over his filmography. The theme of “remembering” slips into his screenplays, his direction, and even his choice of background vehicles. Sharp eyes will spot Raimi’s childhood car, a yellow Oldsmobile Delta 88, in each of his films. 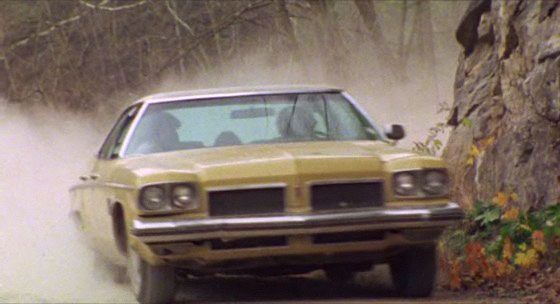 According to David Fincher, a coffee cup appears in every scene (and possibly every frame) of his mind-bending drama. The in-joke was the director’s way of jabbing the pervasive Starbucks culture that hit obnoxious highs back in 1999.

Howard Hawks’s 1932 film is filled with X’s, marks of death for Tony Camonte’s soon-to-be victims. Paying homage to the legendary director, Martin Scorsese lifted the theatrical motif for The Departed. Or maybe he was inspired by The Jamie Kennedy Experiment? 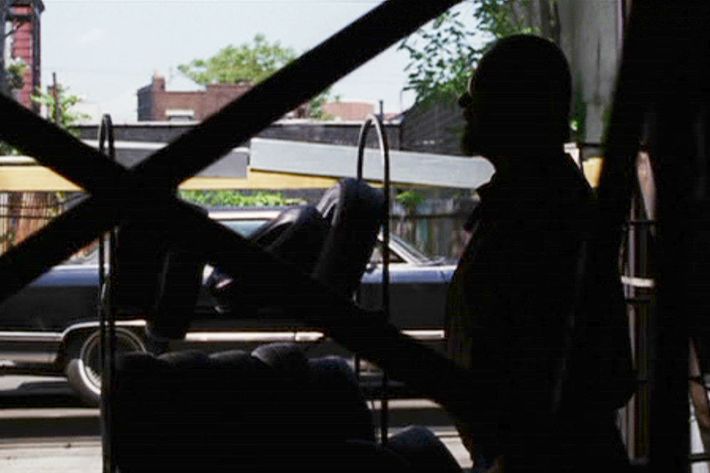 The Marvel movies are chock full of Easter eggs (as one would expect), but who has the willpower to sit through Iron Man 2 again? For a taste of the studio’s subtle self-aggrandizing, try The Incredible Hulk, one of the mega-franchise’s few failures. Louis Leterrier’s film riffs on the Hulk TV show’s “Lonely Man” theme, teases Tim Blake Nelson as The Leader, a sequel villain that will never be, and makes room for the required Stan Lee cameo. 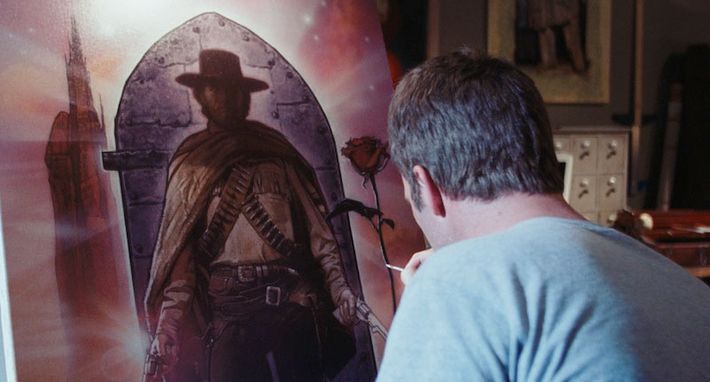 Douglas Adams gave new value to the number 42 when he declared it “The Answer to the Ultimate Question of Life, the Universe, and Everything” in his sci-fi radio drama turned novel. Knowing its importance, filmmaker Garth Jennings took every opportunity he could find to sneak the number into his film adaptation. It’s everywhere. Hitchhiker diehards continue to debate if Jennings even reveals “The Answer” at exactly 42 minutes into the film (DVD run times creating discrepancies).

Like Marvel, Pixar layers in an abundance of Easter eggs for savvy viewers with freeze-framing capabilities to pick up. Most of them tie into previous or future Pixar projects. Others, like Toy Story and Toy Story 3’s multiple Shining references, are evidence of cinephiles with time on their hands. Turns out Toy Story 3 director Lee Unkrich is a diehard fan of Kubrick’s horror masterpiece.

Maverick (Rent on Vudu, Amazon, XBox, Target Ticket)
Veering dangerously close to plain old stupid, a bank robbing scene in the 1994 western features Mel Gibson’s Bret Maverick “recognizing” a masked bandit, played by Danny Glover. They know each other because they were both in Lethal Weapon. Contextualized in Maverick’s absurdist antics, the scene plays. Barely.

The Hunchback of Notre Dame (Stream on Netflix, Rent from iTunes, Amazon, Google Play)
Before Marvel or Pixar joined the Easter egg game, Disney peppered their own features with nods to 70 years of animation history. You’ll find in-jokes in everything from 101 Dalmatians to Frozen, but Disney’s The Hunchback of Notre Dame attempts to sum up all of ‘90s Disney with one shot. During Quasimodo’s song “Out There,” look for a eagle-eye shot of the street where Beauty and the Beast’s Belle, Lion King’s Pumbaa, and the carpet from Aladdin all appear.

Tron (Rent from iTunes, Amazon, Google Play, XBox)
Steven Lisberger’s trippy computer epic sports several “Hidden Mickeys,” silhouettes of the Disney mascot planted in backgrounds and blink-and-you’ll-miss-it frames. Tron also has the distinction of being the only Disney movie with a “Hidden Pac-Man,” who appears on a radar grid early in the film.

I Am Legend (Rent on iTunes, Vudu, Amazon, XBox, Target Ticket)
Troy director Wolfgang Petersen came close to directing a Batman vs. Superman movie in the early aughts. Warner Bros. scrapped the idea in favor of Christopher Nolan’s Batman Begins, but evidence of the team-up remains in I Am Legend. A billboard in the film’s overgrown Times Square touts the event film that, like the citizens of post-apocalyptic New York, found itself cannibalized by competing superhero movies.

Django Unchained is a spiritual sequel of sorts to Sergio Corbucci’s violent 1966 western, Django. Tipping his cowboy hat to the source of inspiration, Tarantino cast the original Django, Franco Nero, against Jamie Foxx’s contemporary incarnation. The meeting goes down with a surprising lack of bloodshed. 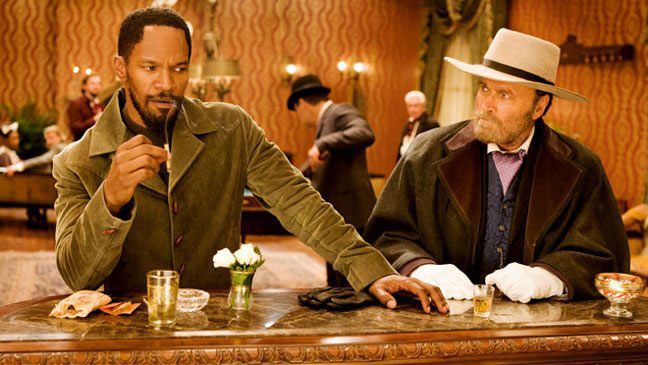 bloodlust 3:51 a.m.
Vampires, Ranked (by Hotness) I learned a few things on this journey, mainly that most vampires are excruciatingly hot in a way that makes me feel bad and compromises my morals.
By Carrie Wittmer
the vampire chronicles 3:21 a.m.
An Oral History of Queen of the Damned How an Anne Rice novel became a Hollywood saga involving Aaliyah and the guy from Korn.
By Matthew Jacobs
podcasts 3:21 a.m.
Stephen Colbert Wants His Late Night Podcast to Be ‘TikTok for Your Ears’ Naturally, his first guest was fellow podcaster Bruce Springsteen.
dc universe 12:16 a.m.
We Could Not Believe Our Eyes, Brendan Fraser Might Play Firefly In the Batgirl movie starring Leslie Grace.
overnights Yesterday at 10:30 p.m.
Below Deck Season-Premiere Recap: Can I Speak to the Manager? Below Deck is back with so much mismanagement!
controversy Yesterday at 10:08 p.m.
Dave Chappelle ‘More Than Willing’ to Talk to Trans Community About His Special But says he is “not bending to anybody’s demands.”
bachelor nation Yesterday at 7:27 p.m.
Katie Thurston and Blake Moynes Go Instagram Official With Their Breakup The Bachelorette couple said that they “are not compatible as life partners.”
overnights Yesterday at 6:20 p.m.
Y: The Last Man Recap: Letting the Grass Grow In the glow of the apocalypse, false rules burn. Now our players must figure out how to survive without them.
some good news Yesterday at 5:53 p.m.
Shea Serrano Is Going to Tweet This Story About Primo Getting A Series Order “Do you remember when the Spurs won the 2014 title after having their hearts broken in the 2013 Finals? That’s what I feel like right now.”
chat room Yesterday at 5:26 p.m.
Succession’s Natalie Gold Knows ‘You Can Never Really Get Out’ of the Roy Family “Rava can’t help herself with Kendall. She draws firm boundaries and then he always surprises her and she’ll let him in.”
annexed bachelor nation Yesterday at 4:57 p.m.
Disgraced Former Bachelor Host Engaged to Current Bachelor Reporter Corporate synergy!
vulture asks Yesterday at 4:03 p.m.
What’s Your Favorite Vampire Movie? There’s something about a faint chill in the air that makes us want to curl up under a blanket and watch fanged baddies go for the throat.
By Vulture Editors
housewives institute bulletin Yesterday at 2:37 p.m.
Halloween Can’t Kill Kyle Richards It may be Kyle’s big moment, but even she can’t steal Erika’s RHOBH reunion spotlight.
summer of scam Yesterday at 2:16 p.m.
Julia Garner Scams Us Into Believing She’s Anna Delvey She really delved into the role.
close reads Yesterday at 1:24 p.m.
Chucky Turns a Tired Horror Cliché on Its Head As the first Child’s Play installment with a gay lead, the new TV series is reclaiming a harmful trope that’s dogged the slasher genre for decades.
records on records Yesterday at 1:22 p.m.
Adele Takes an Easy Ride to No. 1 With ‘Easy on Me’ After breaking Spotify’s 24-hour global streaming record.
overnights Yesterday at 1:18 p.m.
90 Day Fiancé: The Other Way Recap: Couples Therapy Isn’t For Everyone Why did we waste so much time on Corey and Evelin this week when every other couple is blowing up?
secret life of a former wife guy Yesterday at 12:36 p.m.
Are John Mulaney and Olivia Munn Still Together, Or … ? According to Us Weekly, their relationship is facing “uncertainty.”
the law Yesterday at 12:04 p.m.
Gun in Fatal Rust Shooting Was Thought to Be ‘Cold’ A new affidavit provides a timeline for the shooting that killed cinematographer Halyna Hutchins.
netflix is a joke Yesterday at 11:27 a.m.
The Jonas Brothers Are Going to Roast Each Other for Your Amusement Pete Davidson and Kenan Thompson are mixed up in this too.
More Stories