One of my favorite things about watching Game of Thrones is getting to watch “Gay of Thrones” — Funny or Die’s video recaps starring hairstylist Jonathan Van Ness (a real-life stylist at Stile Salon in Brentwood, California) — afterwards. In every episode, he recaps the show for a different client, including Alfie Allen, a.k.a. Theon, and most recently, celebrity fashion stylist Brad Goreski. This is Westeros translated into a gay kiki argot, with entertaining digressions into Nancy Kerrigan versus Tonya Harding and Whitney Houston anthems. You don’t have to be gay (or even a GoT fan) to get into this.

Best of all are the names he gives to each character, which are uncannily dead on, often offensive, and ridiculously funny. There is Jamie Lannister as “Brother D” (short for Brother Daddy), Shae as “Capital City Celine,” and Ygritte as “that beautiful ginger bitch from Downton Abbey.” Herewith is the latest episode, along with a list of all the characters of Game of Thrones as dubbed by the Gay of Thrones: 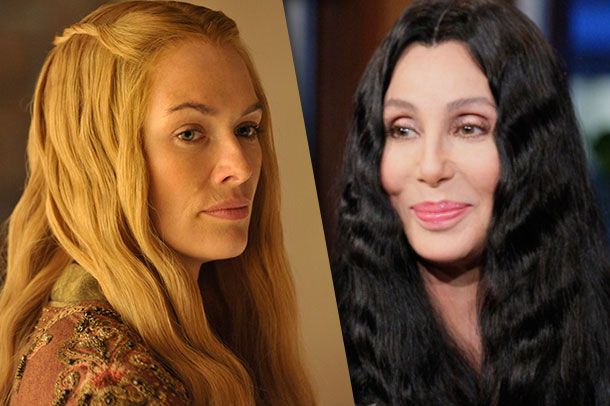 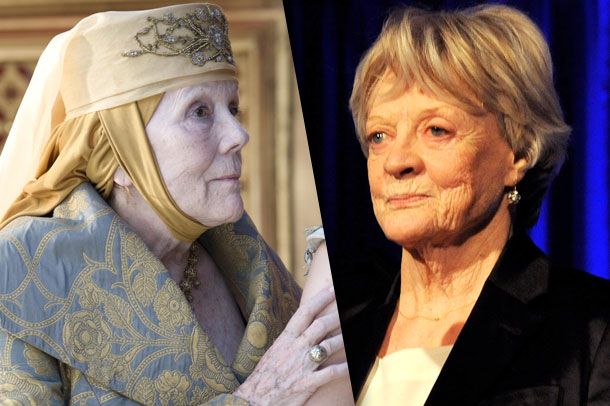 Others in King’s Landing

Brienne: “Did Tilda Swinton eat a pig?”
Lord Varys: “this Dr. Evil motherfucker with his pedophile sorcerer catching weird like I am going to fucking cut your entire mouth up and put you in a wooden coffin”
Bronn: “the greasy guy with the long hair, which I was kinda feeling that long hair on him — it was kind of fetch”; or, “the helper”
Shae: “Capital City Celine”
Ros: “the redheaded prostitute”
Podrick: “pussy popping Podrick”
Oberyn Martell: “Mr. Sofia Vergara”
Ellaria Sand: “Capital City’s J.Lo”
Olyver: “brothel Aaron Carter” 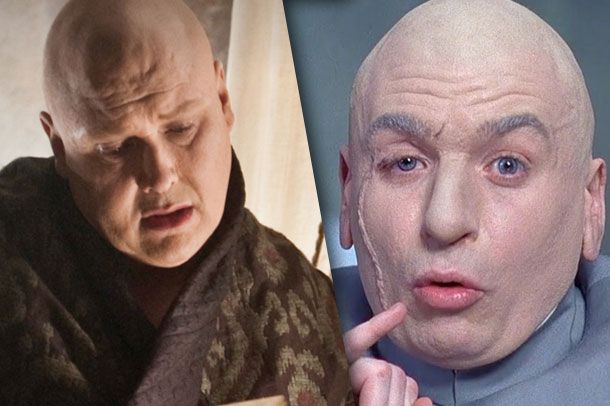 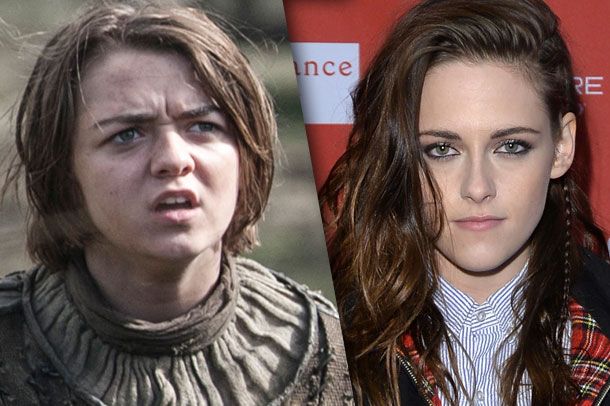 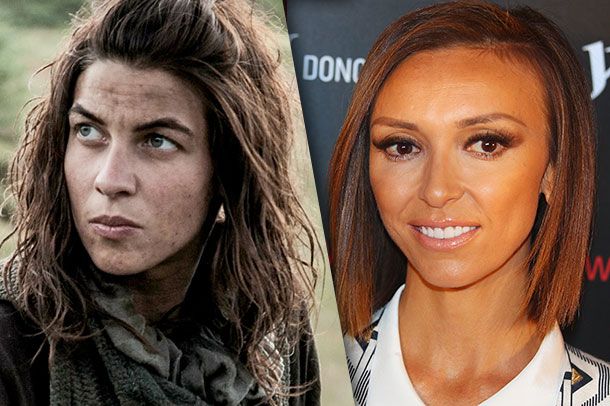 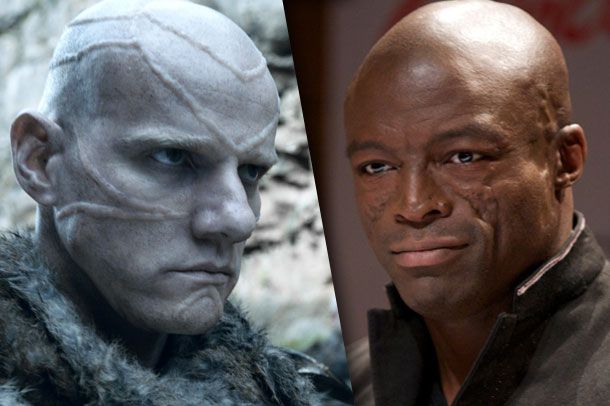 the group portrait 12 mins ago
How to Keep The Lion King Going During a COVID Outbreak During the Omicron spike, the nine swings have stayed on alert, ready to play all manner of characters from the savanna.
By Jackson McHenry
house of smoochi 1:05 a.m.
Lady Gaga on House of Gucci: ‘So After Maurizio Dies, Maybe… It Gets Hot.’ “You think she’s kidding,” said Salma Hayak.
fashion Yesterday at 11:29 p.m.
Fashion Icon and Former Vogue Editor-At-Large André Leon Talley Dead at 73 André Leon Talley was a fashion pioneer, beginning his career at Vogue in 1983.
overnights Yesterday at 10:01 p.m.
This Is Us Recap: This Is Dad A dad-filled episode lacks the necessary oomph wanted in the finale season.
hsmtmts Yesterday at 7:00 p.m.
HSM’s Corbin Bleu and Hannah Montana’s Jason Earles Join HSM:TM:TS Former Disney Channel Stars are heading to theater camp.
snl Yesterday at 6:11 p.m.
Will Forte to Host SNL This Week And Willem Dafoe the week after that, with musical guest Katy Perry.
🐝 buzz buzz 🐝 Yesterday at 5:11 p.m.
Let’s Cast Yellowjackets’ Other Potential Adult Survivors We refuse to live in a world where Van doesn’t make it out alive.
overnights Yesterday at 4:47 p.m.
Below Deck Recap: New Girls and Old Problems Rayna is a complicated person with complicated emotions about her job. It’s what makes her a good reality-TV character!
casting Yesterday at 4:37 p.m.
Congrats to The White Lotus Season-Two Cast on Its Alleged Italian Vacation Haley Lu Richardson, Tom Hollander, and more are making a group reservation.
grammys 2022 Yesterday at 4:00 p.m.
Grammys Bet on April 3 Awards Ceremony in Las Vegas At the MGM Grand, per the Recording Academy.
last night on late night Yesterday at 3:52 p.m.
Aidy Bryant and John Early Are Late Night’s Sexiest and Most Aggressive Couple Eat it, Pete and Kim.
remember the 90s? Yesterday at 3:06 p.m.
So You Already Miss Yellowjackets. Here’s What to Watch Next 18 movies and TV shows to tide you over until season two.
extremely online Yesterday at 2:32 p.m.
We Were All Rooting For You, Paul Walter Hauser The acclaimed character actor went full Sirota on Twitter this weekend. Never go full Sirota.
respect the classics Yesterday at 2:01 p.m.
Bono Reviews U2: ‘I’m Just So Embarrassed’ In particular, listening to his voice makes him “cringe a bit.”
the saga begins Yesterday at 1:25 p.m.
White and Nerdy Daniel Radcliffe Will Play ‘Weird Al’ Yankovic in Biopic “I have no doubt whatsoever that this is the role future generations will remember him for.”
chart update Yesterday at 12:32 p.m.
Gunna Edges Out the Weeknd in Race for No. 1 on the Billboard 200 Happy Drip Season to all who celebrate.
gaming Yesterday at 11:17 a.m.
Microsoft Buys Activision Blizzard for $68.7 Billion Amid Sexual-Harassment Suit It’s the biggest video-game-industry deal ever.
overnights Yesterday at 10:27 a.m.
Summer House Season-Premiere Recap: Outside the Boxes Kyle and Amanda need to turn it down several notches (but not before the end of the season, obviously).
art Yesterday at 8:00 a.m.
How Agnieszka Pilat Became Silicon Valley’s Favorite Artist “It’s our obligation to have a relationship with machines so they grow up to be good citizens.”
By Shawn McCreesh
vulture picks Yesterday at 7:30 a.m.
25 Notable New Releases Over the Next Two Weeks Pam & Tommy on Hulu, Ozark’s final season, Sean Thor Conroe’s first novel, and more.
More Stories