How does one even judge an episode like “Bloodlines”? Despite its familiar screaming-angel-wing title sequence, this was not an episode of Supernatural. And since the spinoff series it intends to spawn doesn’t exist yet, we can’t exactly say whether this was even a good episode of that hypothetical series or not. We could judge “Bloodlines” against other pilots, probably, but that’s a notoriously low set of standards (pilots are pretty much always terrible, just as a rule). What’s particularly unusual about “Bloodlines,” however, was that it didn’t so much seem to be a spinoff of Supernatural as a spinoff of the entire CW lineup all at once. Remember that old ‘90s anti-drug PSA starring every popular Saturday morning cartoon character of the time? That’s pretty much what “Bloodlines” felt like. Featuring former cast members from The Vampire Diaries, current characters from Supernatural, the entire premise of The Originals, and even a masked vigilante straight out of Arrow, “Bloodlines” was a particularly shameless amalgamation of things we’d seen countless times before on this network alone. That being said, would I watch more episodes of this thing? Absolutely. 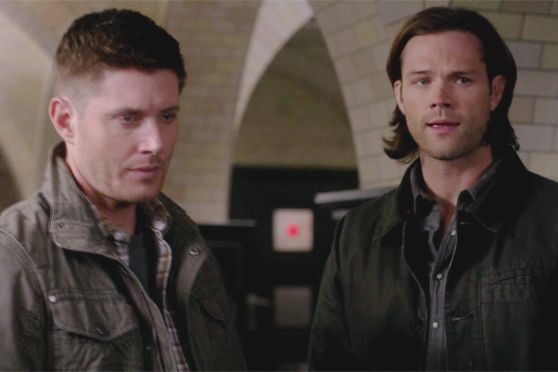 The most important thing to know about “Bloodlines” was how minimal a presence the Winchester brothers were. Oh, they impersonated FBI agents and even swooped in with a deus ex machina kill for old time’s sake, but for the most part “Bloodlines” centered around two young Chicago dudes, each with fridged girlfriends. Ennis (Lucien Laviscount), an ordinary Joe on the verge of proposing to his lady instead witnessed her skull being crushed by a masked man with a Freddy Krueger claw. David (Nathaniel Buzolic) is a wise-cracking shape-shifter looking to rescue his werewolf girlfriend from the same Krueger-clawed villain. As we learned in the cold open (which was admittedly impressive for its ability to introduce one hundred thousand characters and conflicts in a surprisingly efficient manner), Chicago is home to five rival families of monsters (vampires, werewolves, shape-shifters, djinns, and ghouls) and their tenuous peace was now suddenly under attack by this mysterious killer. In what could be considered a twist from the usual Supernatural formula, the shadowy villain ended up being simply a human man with a vendetta, meaning that here was an episode of Supernatural in which we were meant to root for the monsters and against a human with an understandable grudge (his small child had been torn apart by a monster). Anyway, Ennis ended up killing him for having killed his girlfriend, so that was that. There probably won’t be any Freddy Krueger claws in a potential Bloodlines series, unfortunately. 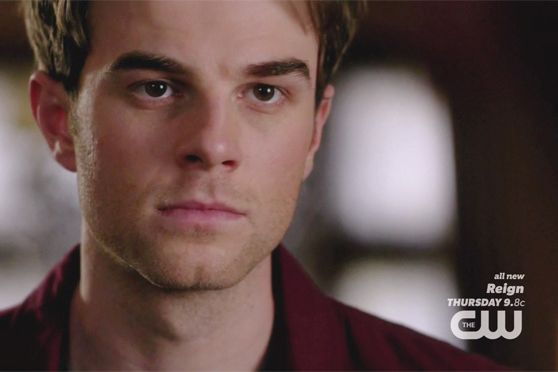 Pilots are almost never good, and to be honest this was no exception. Its exposition was frequently unbearable (seemingly out of the blue a detective angrily informed Ennis about what kind of a man his father had been) and it asked us to become invested in romances way, way too soon and with strangers for whom we feel nothing. As protagonists, Ennis is extremely buff, so he’s got that going for him. David is written with a bit more personality, but it’s hard to shake the sense that without the British accent and overt villainy of his character on The Vampire Diaries, Buzolic just isn’t quite up to the task of romantic lead. “Bloodlines” scores major points for casting teen B-movie heartthrob Sean Faris as a villainous werewolf patriarch, but he’s frankly just too adorable to play intimidating. Plus, you know, this has to be said: Supernatural’s versions of these particular monsters just aren’t that great and never have been. This universe’s vampires and werewolves are way weaker and far less impressive than the veritable superheroes on TVD and The Originals, and that’s probably because these were originally conceived as creatures that could be easily dispatched by a couple of dudes in a muscle car. On the other hand, the Chicago setting is easily more epic and compelling than The Originals’ New Orleans and TVD’s Mystic Falls. But on the other other hand, “Bloodlines” sports the same flatly lit lack of atmosphere that Supernatural currently does. And was it just me or did that monster nightclub bear a very striking resemblance to the Men of Letters bunker? 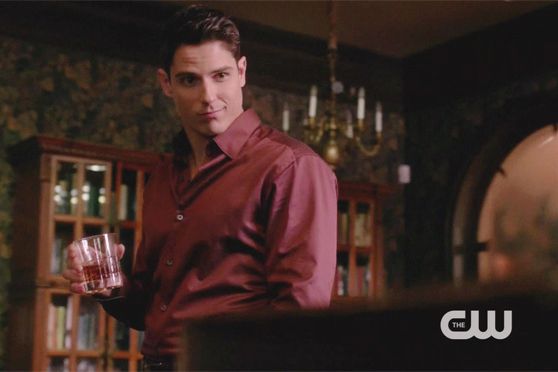 To be fair, The Originals also began as a late-season backdoor pilot, and if we’re being completely honest, that was not a particularly great hour of television either. In fact, “Bloodlines” was probably a more successful exercise in this regard and that’s most likely owing to the fact that Supernatural never really had a big supporting cast nor heavily serialized story to interfere with too badly. The Originals, on the other hand, interrupted TVD’s typical frenetic storytelling to give us a baffling hour of exposition in a strange locale AND it bummed us out in that it promised to steal away some of our favorite characters from TVD permanently. But now with its first season almost concluded, The Originals has become one of the CW’s most consistently entertaining, dark, and well-written serials. As a backdoor pilot, “Bloodlines” is a comparatively harmless diversion and there’s every reason to believe it could similarly transform itself into something much better and more compelling later on. OR it could become another Beauty and the Beast–level disaster. I guess we’ll find out in a few months! 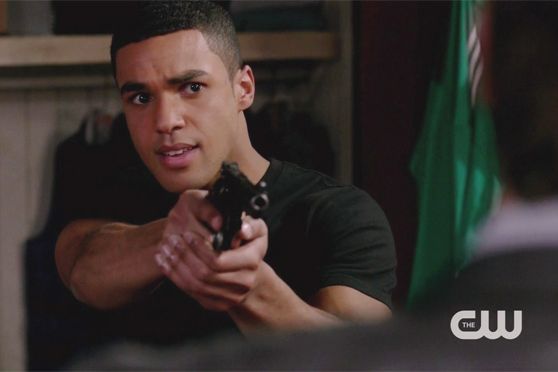 All in all, “Bloodlines” was not a total waste of time. It felt denser and more driven than an average hour of Supernatural and personally I preferred it over the talking dog episode. Now let’s get back to those warring angel jerks.

in conversation 8:00 a.m.
Dave Grohl Has Seen Too Much He’s the most prolific rock star of the last 30 years. Somehow, we’re still getting to know him.
By Craig Jenkins
bloodlust 3:51 a.m.
Vampires, Ranked (by Hotness) I learned a few things on this journey, mainly that most vampires are excruciatingly hot in a way that makes me feel bad and compromises my morals.
By Carrie Wittmer
the vampire chronicles 3:21 a.m.
An Oral History of Queen of the Damned How an Anne Rice novel became a Hollywood saga involving Aaliyah and the guy from Korn.
By Matthew Jacobs
podcasts 3:21 a.m.
Stephen Colbert Wants His Late-Night Podcast to Be ‘TikTok for Your Ears’ Naturally, his first guest was fellow podcaster Bruce Springsteen.
dc universe 12:16 a.m.
We Could Not Believe Our Eyes, Brendan Fraser Might Play Firefly In the Batgirl movie starring Leslie Grace.
overnights Yesterday at 10:30 p.m.
Below Deck Season-Premiere Recap: Can I Speak to the Manager? Below Deck is back with so much mismanagement!
controversy Yesterday at 10:08 p.m.
Dave Chappelle ‘More Than Willing’ to Talk to Trans Community About His Special But says he is “not bending to anybody’s demands.”
bachelor nation Yesterday at 7:27 p.m.
Katie Thurston and Blake Moynes Go Instagram Official With Their Breakup The Bachelorette couple said that they “are not compatible as life partners.”
overnights Yesterday at 6:20 p.m.
Y: The Last Man Recap: Letting the Grass Grow In the glow of the apocalypse, false rules burn. Now our players must figure out how to survive without them.
some good news Yesterday at 5:53 p.m.
Shea Serrano Is Going to Tweet This Story About Primo Getting A Series Order “Do you remember when the Spurs won the 2014 title after having their hearts broken in the 2013 Finals? That’s what I feel like right now.”
chat room Yesterday at 5:26 p.m.
Succession’s Natalie Gold Knows ‘You Can Never Really Get Out’ of the Roy Family “Rava can’t help herself with Kendall. She draws firm boundaries and then he always surprises her and she’ll let him in.”
annexed bachelor nation Yesterday at 4:57 p.m.
Disgraced Former Bachelor Host Engaged to Current Bachelor Reporter Corporate synergy!
vulture asks Yesterday at 4:03 p.m.
What’s Your Favorite Vampire Movie? There’s something about a faint chill in the air that makes us want to curl up under a blanket and watch fanged baddies go for the throat.
By Vulture Editors
housewives institute bulletin Yesterday at 2:37 p.m.
Halloween Can’t Kill Kyle Richards It may be Kyle’s big moment, but even she can’t steal Erika’s RHOBH reunion spotlight.
summer of scam Yesterday at 2:16 p.m.
Julia Garner Scams Us Into Believing She’s Anna Delvey She really delved into the role.
close reads Yesterday at 1:24 p.m.
Chucky Turns a Tired Horror Cliché on Its Head As the first Child’s Play installment with a gay lead, the new TV series is reclaiming a harmful trope that’s dogged the slasher genre for decades.
records on records Yesterday at 1:22 p.m.
Adele Takes an Easy Ride to No. 1 With ‘Easy on Me’ After breaking Spotify’s 24-hour global streaming record.
overnights Yesterday at 1:18 p.m.
90 Day Fiancé: The Other Way Recap: Couples Therapy Isn’t For Everyone Why did we waste so much time on Corey and Evelin this week when every other couple is blowing up?
secret life of a former wife guy Yesterday at 12:36 p.m.
Are John Mulaney and Olivia Munn Still Together, Or … ? According to Us Weekly, their relationship is facing “uncertainty.”
the law Yesterday at 12:04 p.m.
Gun in Fatal Rust Shooting Was Thought to Be ‘Cold’ A new affidavit provides a timeline for the shooting that killed cinematographer Halyna Hutchins.
More Stories